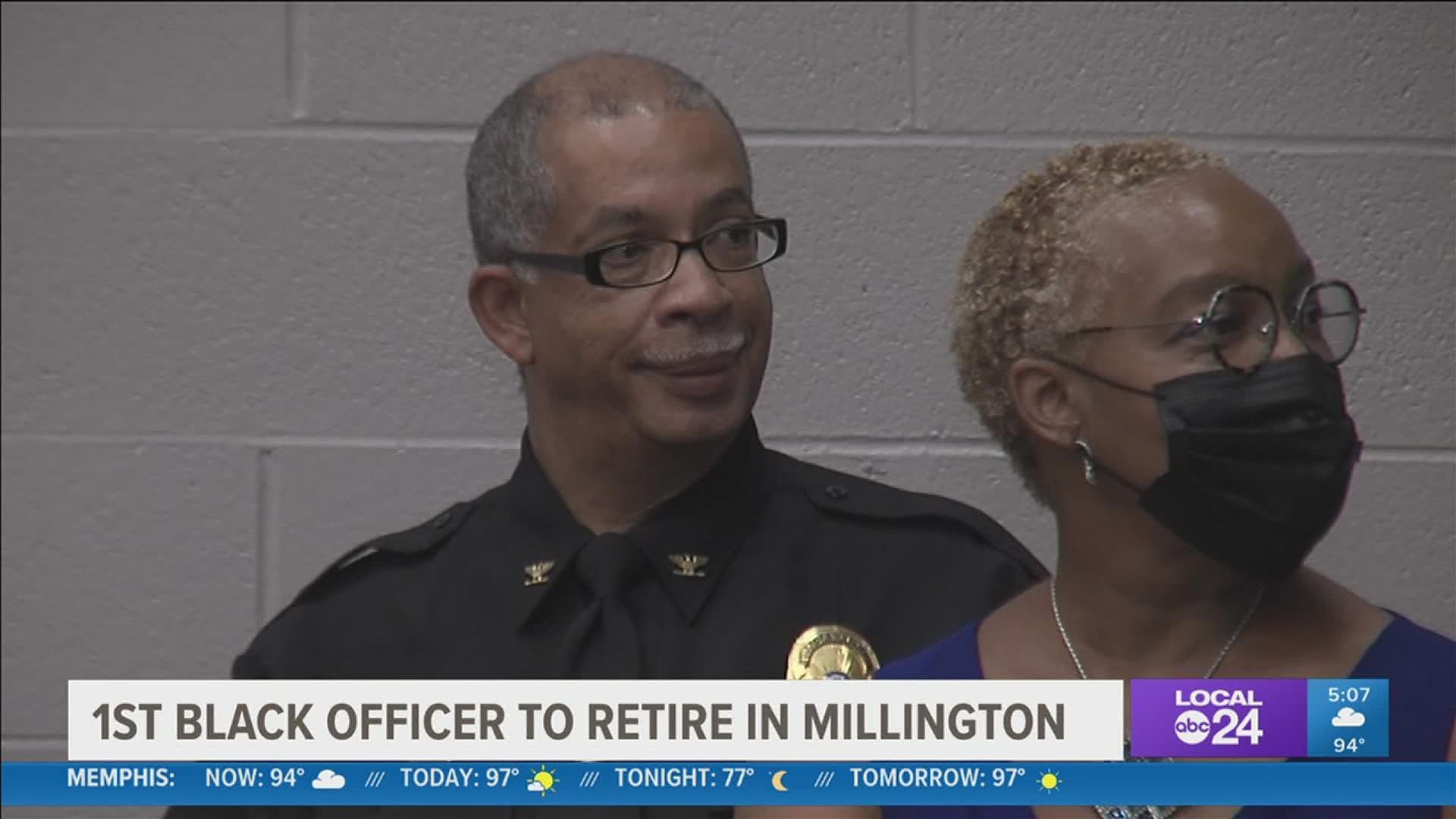 Inspector Reginald Fields joined Millington police in July 1988. Before that, he was a deputy jailer at Shelby County jail after serving 12 years in the Army Reserves.

Along with his historic retirement, Fields was also Millington's first Black police lieutenant, inspector, detective, and the second black sergeant in the history of the force.

Fields was also named "Officer of the Year" multiple times during his time on the force.

He will officially retire at the end of the month.