The stage is set in Memphis for the first time since the competition's founding in 1938. 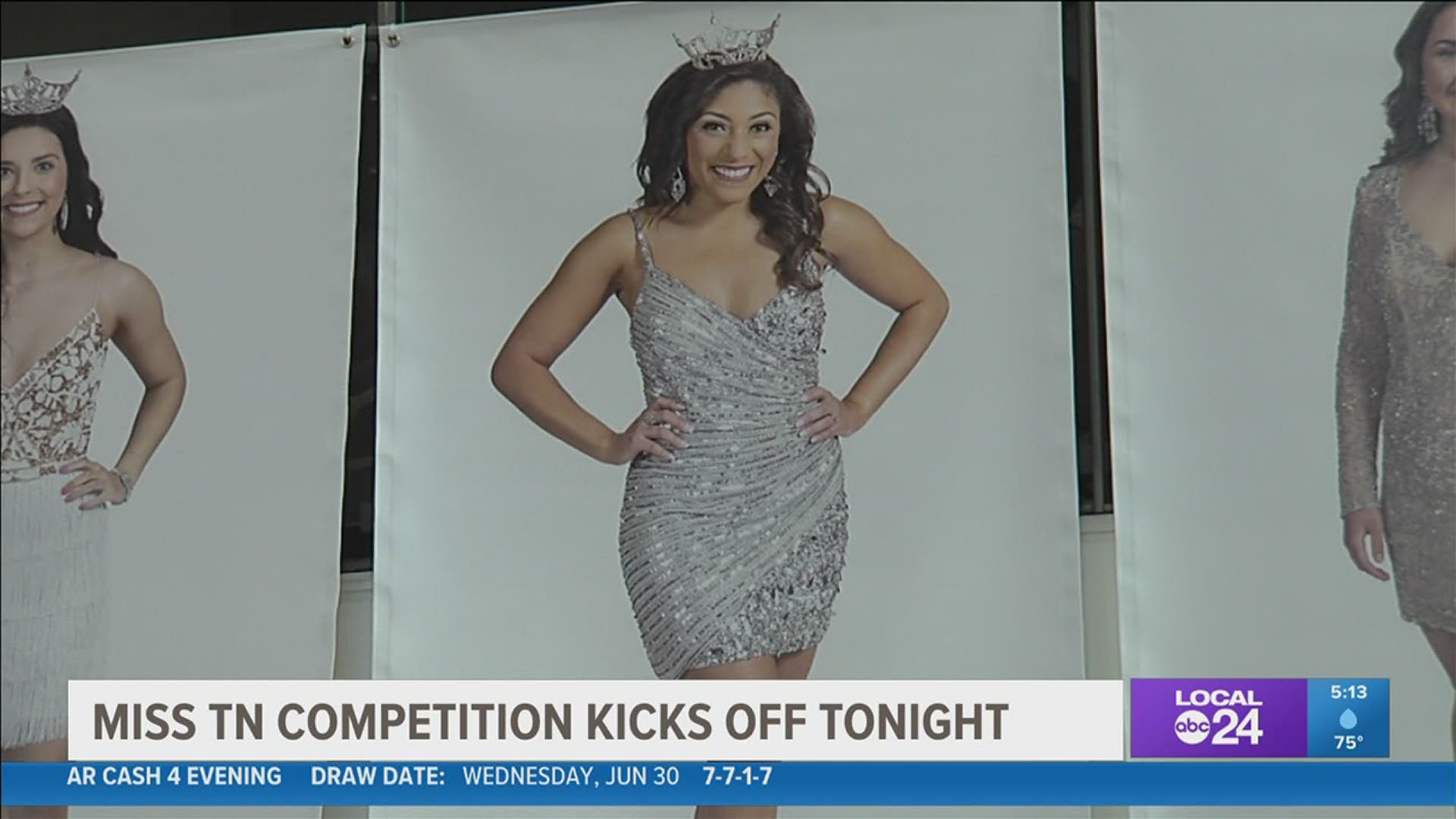 MEMPHIS, Tenn. — There are 30 women from across Tennessee hoping to take home the crown and be named Miss Tennessee.

In Memphis, the stage is set for the Miss Tennessee Scholarship Competition at Cannon Center in downtown. It's the first time the competition has been held in the Bluff City since it was founded in 1938.

The competition in 2020 was postponed due to the pandemic, so these women have waited two years for the night to come to compete. The contestants started the competition on Wednesday for the round of private interviews. Preliminaries begin on stage Thursday and Friday night before finals on Saturday.

Miss Tennessee Scholarship Competition CEO Joseph Albright said the competition is about empowering women through scholarships. It also gives them a platform to advocate about issues important to them.

“They’re going to be our leaders for the rest of the century so giving them the opportunity to get started off of the right foot," he said. "Giving them the audiences, the venues, letting them be role models for our school children.”

Contestant Miranda Colegrove is competing with the hope of getting scholarship money to pay for graduate school. Colegrove is a graduate of Rhodes College where she majored in neuroscience with a minor in theatre. For Colegrove, the competition isn't about being perfect but showing authenticity.

The Miss Tennessee candidates toured Memphis today! Here are a few photos that were taken at The Peabody! #MissTennessee #ThePeabody #DiscoverMemphishttps://t.co/4opYqitnQu

"On stage, I'm going to be myself," she said. "I'm a little goofy. Two left feet so I think the dance number is going to be fun. Really I want people to see me as my authentic self and learn a little about what I'm passionate about."

Colegrove has used her platform to support and spread awareness about Tourette syndrome: a neurological disorder characterized by sudden, repetitive, rapid, and unwanted movements or vocal sounds. She was diagnosed with Tourette's the summer before her senior year at Rhodes. She works to destigmatize what it's like to live with it.

“We’re more than a stigma," she said. "We’re more than a stereotype. Our brains are beautiful. Our basal ganglia are super-powered. We’re emotional and empathetic and quick learners. I just want people to know just because you have Tourette it doesn’t mean you’re less of a person.”

Colegrove is currently a doctoral candidate at Mercer University where she will work on earning her PsyD in Clinical Psychology. She hopes to work with children who suffer from neurological and psychological disorders.

👸✨The Miss Tennessee Scholarship Competition is being held in Memphis for the first time in 68 years!

July 1-3 at 7:30pm at the Cannon Center in Downtown Memphis 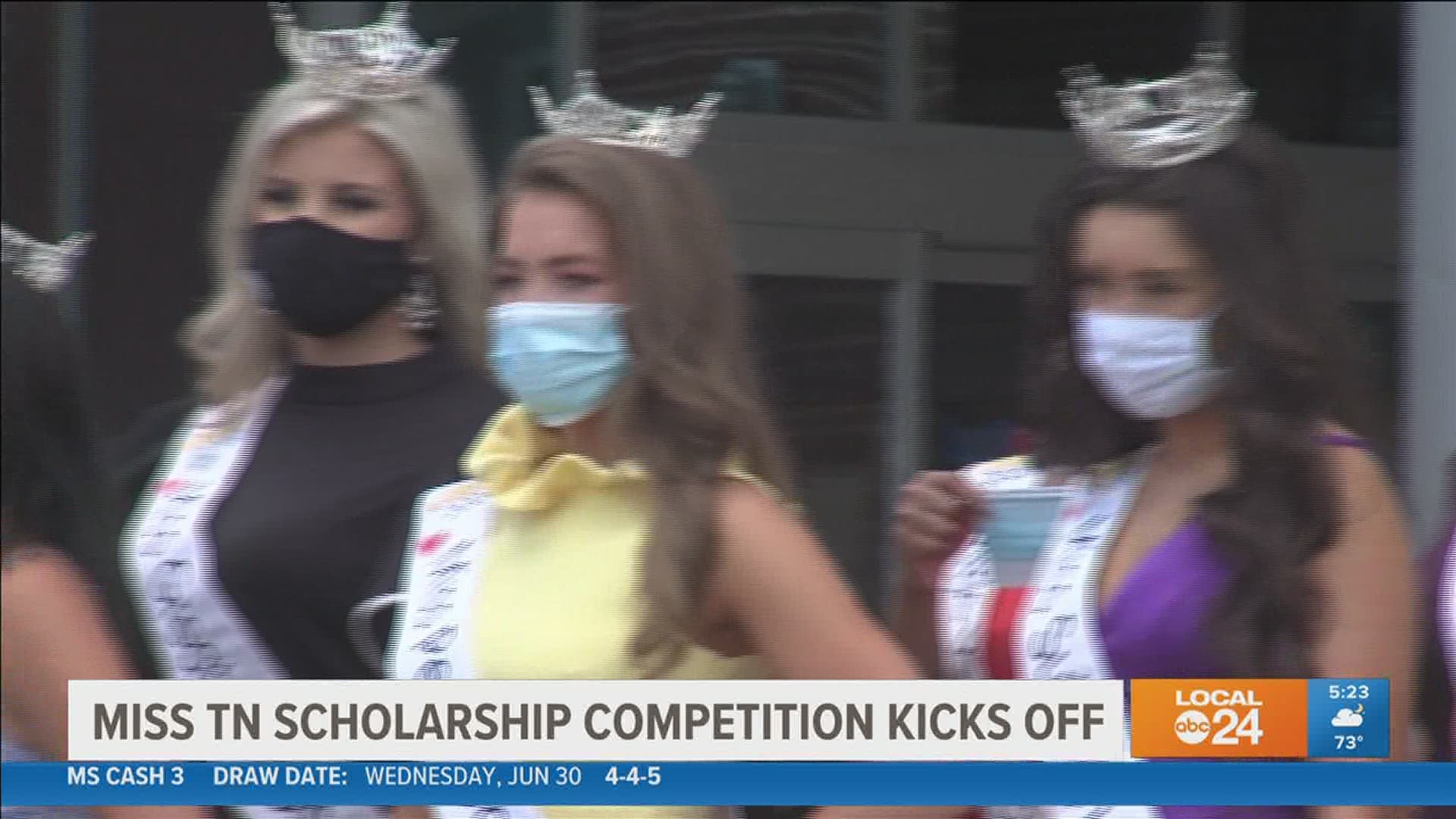