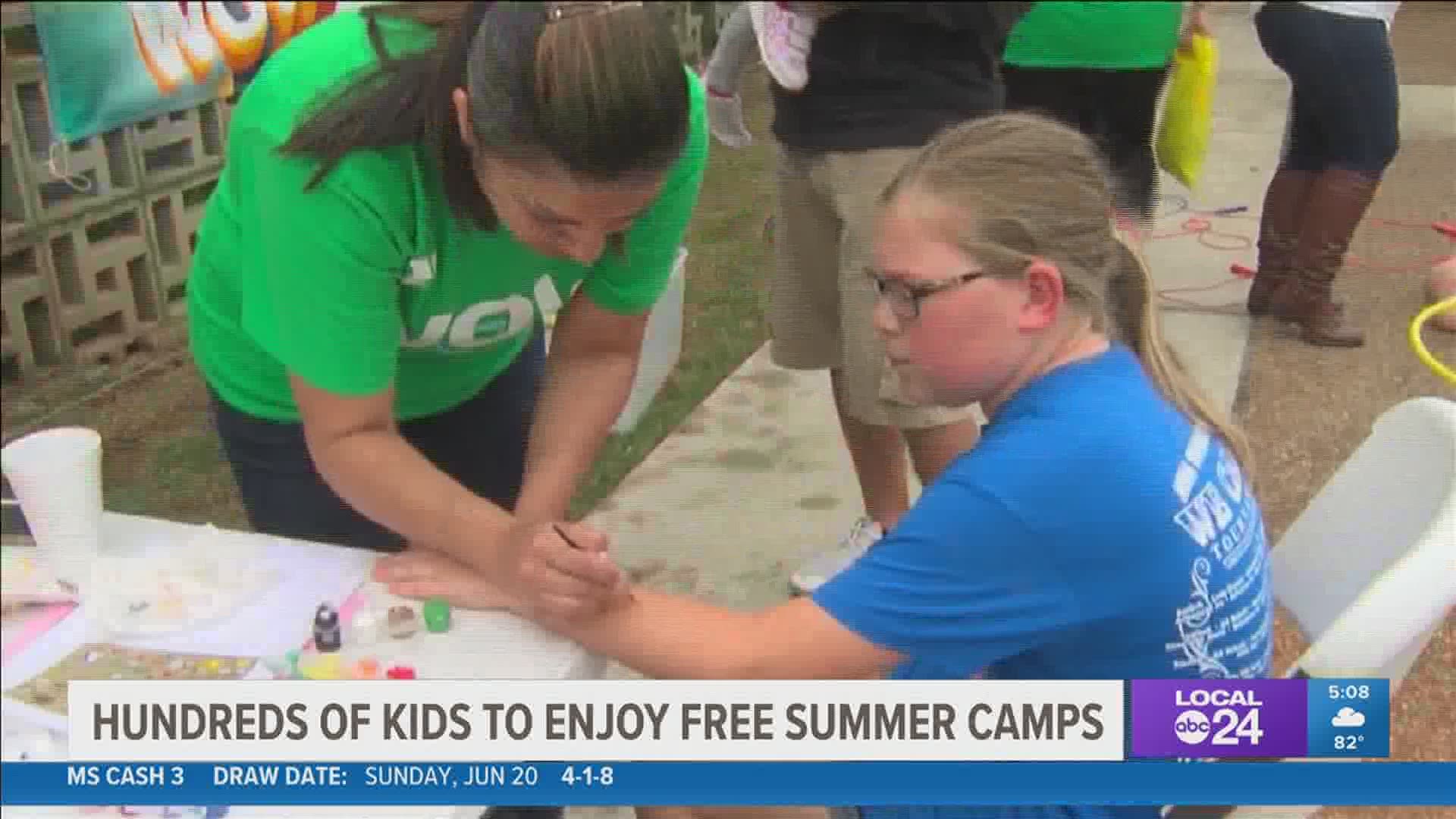 MEMPHIS, Tenn. — The interest was high for parents looking to enroll their child in the City of Memphis' free summer camp program.

Cleo Griffin, the city's deputy director of parks and neighborhoods, said it took ten days for the camps to fill up.

More than 1,200 kids were signed up for the camps, which begin Monday morning. The demand is high for spots with another 150 to 200 children on a waitlist.

"It will be something that we will be monitoring daily, probably actually hourly. As those positions come available we will be reaching out to them," Griffin said.

The capacity was set based on how much current staffing can handle.

The summer camps, which run through Aug. 6, will be held at 22 community centers located in neighborhoods spread all throughout the city.

Griffin said that although the spaces filled quickly, the locations of the centers help ensure the families and children that need free childcare the most during the summer are reached.

The priority of the camps, Griffin said, is to provide a safe environment for children as well as to stand in-between summer learning loss.

“When our kids have an opportunity to engage and remain socialized in a healthy way and in care of adults that are really there for their growth and development, we just think that adds such a profound impact and ripple throughout the community," he said.

The theme of this year's camp is "All About Memphis." Griffin said there will be no shortage of fun and activity for the participating children.

"There will be a lot of education around the history of our city from music, culture, food," he said. "We are taking field trips this summer which we're very very excited about."

#HappeningToday City of Memphis free summer camps begin. More than 1,200 spots filled up in ten days. The Lester Community Center is one of 22 community center welcoming kids in this morning. pic.twitter.com/QMz0RpYbx1