Memphis Police are investigating after they say a man was attacked and killed by dogs in southwest Memphis. 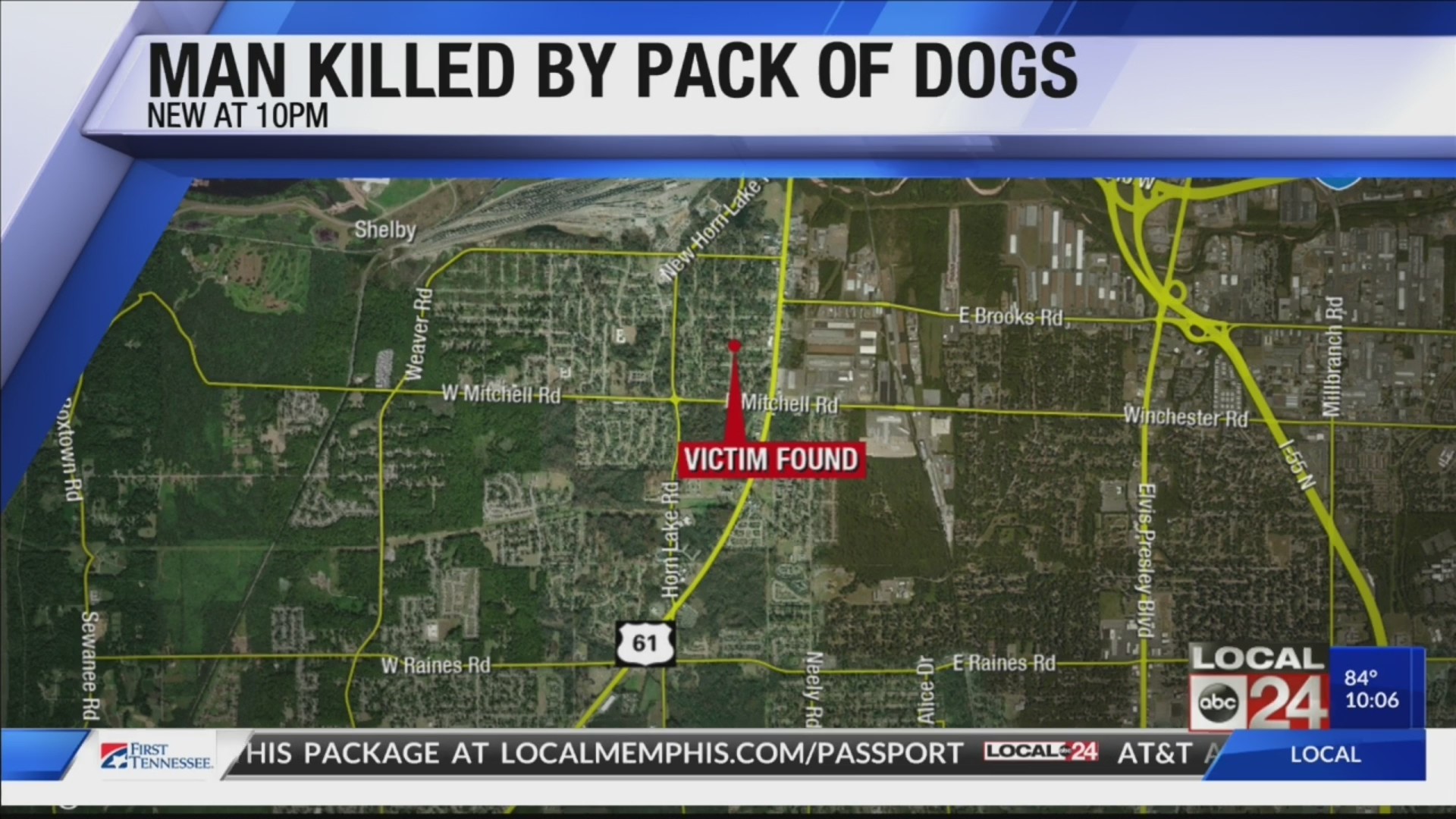 They believe they have all involved dogs in custody, but have settraps and animal control officers are patrolling for any more.

MAS says they determined four of the dogs in custody were not involvedin the attack and will be available for adoption.

MAS says, “We will humanely euthanize any dog determined,based on the results of our joint investigation with police, to have beeninvolved in the attack on the man who later died. Euthanasia of any involvedanimals would be the result in any case where a human died as the result of anattack.”

7/19/2019 – Memphis Police are investigating after they say a man was attacked and killed by dogs in southwest Memphis.

Police say they were called to the scene at East Belle Haven and Meadowbrook about 2:00 a.m. Thursday. They say they found a 40-year-old man near the intersection, with lacerations all over his body. Police say he was taken to Regional One, where he later died.

Police say multiple aggressive dogs were found across the street. Policesay those dogs were responsible for the attack. Memphis Animal services respondedand recovered five dogs from the scene.

Police have not yet said who the dogs belonged to, or if anycharges will be filed.

(1/2)
On 07/18 at 2:03 a.m., officers responded to a Dog Call at East Belle Haven & Meadowbrook.
Officers made the scene and observed a 40-year-old male near the intersection. Officers observed the victim to have lacerations over his body.

(2/2) Multiple aggressive dogs were located across the street. Officers were advised that those dogs were responsible for the attack.
The victim was xported critical to ROH where he later died from his injuries.
M.A.S. recovered 5 dogs. This is an ongoing investigation.