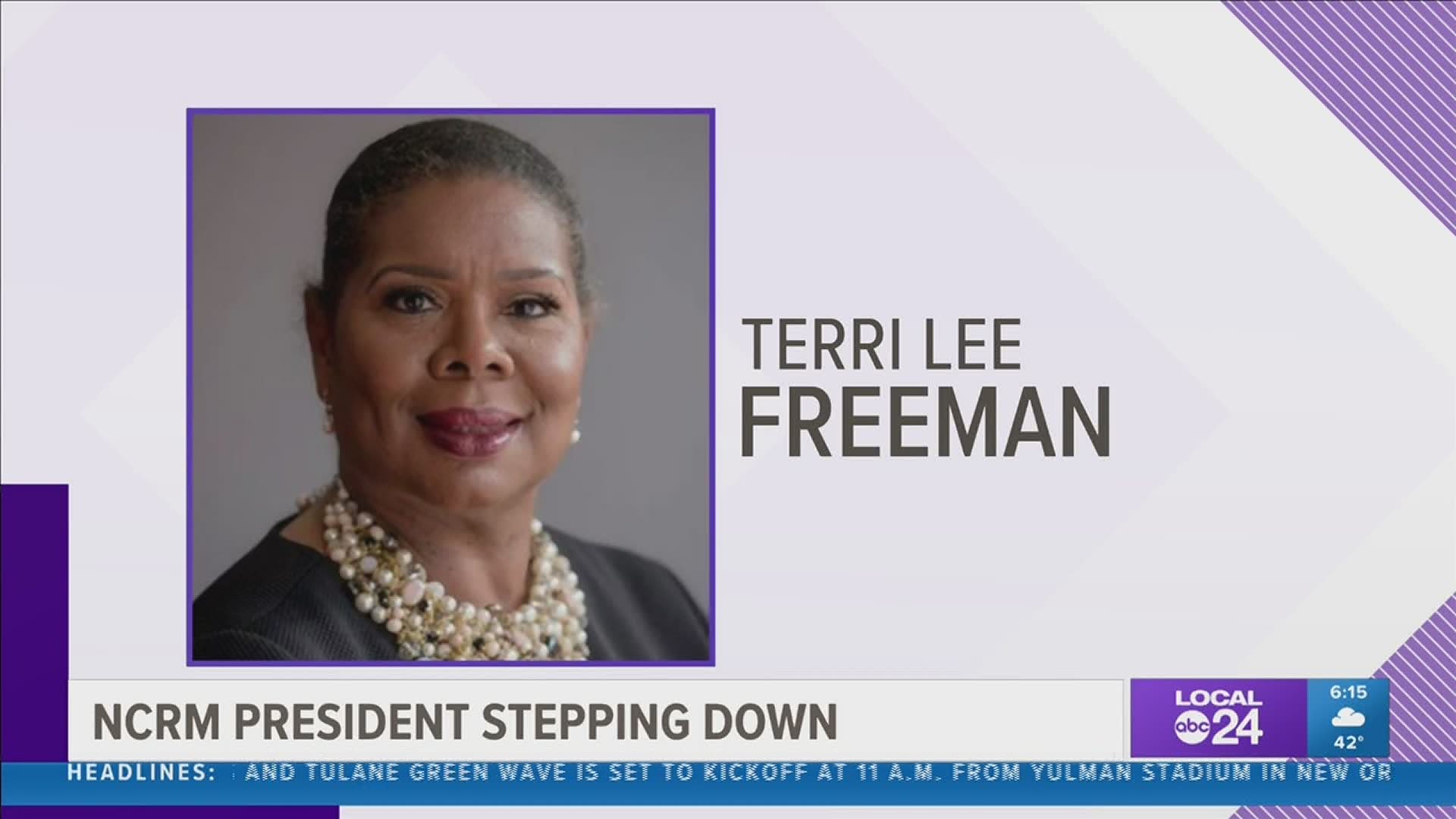 MEMPHIS, Tenn. — The National Civil Rights Museum has announced the resignation of Terri Lee Freeman, president of the museum since 2014. During her six years, Freeman provided strategic leadership to further the museum’s mission as an educational and cultural institution.

Freeman placed her emphasis on building the organization’s reputation as the new public square, a place where people from across the globe would gather to discuss and protest difficult issues, celebrate triumphs of the movement and honor Dr. King and his legacy.  While stewarding the integrity of the museum’s historic content, Freeman expanded the public programming to increasingly focus on contemporary civil and human rights issues such as criminal justice, education, and basic human rights for marginalized populations.

A significant achievement was the museum’s 18-month commemoration of the assassination of Dr. Martin Luther King, Jr. Culminating on April 4, 2018, the multi-day international MLK50 event included those who marched and worked with Dr. King as well as the new movement makers who are creating change today.

In furthering the goal of providing a safe space for difficult conversations, Freeman created “Unpacking Racism for Action,” a seven-month long dialogue program to go deep into issues of implicit bias and structural racism.  Through her collaborative approach to the work, she has significantly increased public engagement with the Museum.

“Terri has brought a new perspective to the museum, one that strengthened the connection with the Memphis community and furthered alliances with global and national entities. It was during Terri’s presidency that the museum became a Smithsonian Affiliate, leveraging the Smithsonian’s renown reputation, resources and expansive network,” Board Chairman Herbert Hilliard said. “Terri will absolutely be missed. She led the museum during some of our most momentous highs and challenges. With the stellar MLK50 commemoration, Terri incorporated Dr. King’s principals into focused platforms for the museum’s programming asking ‘Where Do We Go from Here?’ And with COVID, she navigated one of the most difficult times in this nation’s history with facilitating the museum’s closing, reopening and resilience to deter a negative impact.”

A graduate of the 2016 class of Leadership Memphis, Freeman currently serves as chair of the board of the Community Foundation for Greater Memphis, and is a member of the boards of the Greater Memphis Chamber of Commerce, the Memphis Brand Initiative, the Orpheum Theatre Group, Urban Teachers and the Southeastern Council of Foundations. In 2019, she was named a Superwoman of Business and a member of the Power 100 by the Memphis Business Journal.  Most recently, she was named 2020 Memphian of the Year by Memphis Magazine.

Freeman’s last day at the National Civil Rights Museum is February 3, 2021.  Hilliard said a search for her successor will begin immediately.