New Memphis Police Chief Cerelyn 'CJ' Davis sworn in, gets to work on first day and new era for department MEMPHIS, Tennessee — It's official, as a new era began Monday with the Memphis Police Department.

She then attended the Liberty Park groundbreaking ceremony and spoke to reporters on her first official day as Memphis' top cop.

"Well, it's an exciting day, not just for me but the community as well," Chief Davis said after that event. "Today I want to get to know everybody. I'm anxious to get to know my team, get out in the field so I get an opportunity to meet them face to face, we haven't had the opportunity to do that."

Chief Davis said her first priority on the jobs is meeting as many in the community as she can, both inside and outside the department.

"I'd like to be able to meet with them, with other community leaders, especially with some of our activists, some of our activists that have raised concerns, we've had a very tumultuous year over the last year, not just here in Memphis but all over the country, (so) building relationships and identifying people who are interested in building those relationships," Chief Davis added.

A new era begins today at @MEM_PoliceDept. I was proud to participate in the pinning ceremony this morning of our new Police Chief C.J. Davis. It was also nice to meet her husband Terry. pic.twitter.com/5yUogwPkvp

"I'm optimistic, I'm excited, you know, of course I'll miss Director (Mike) Rallings, but I'm excited about Chief Davis, a new beginning, a new era, new ideas, new energy," Mayor Strickland said. "She is an incredible leader, she, the officers, the leadership of the police department, the city as a whole will want to follow her lead." 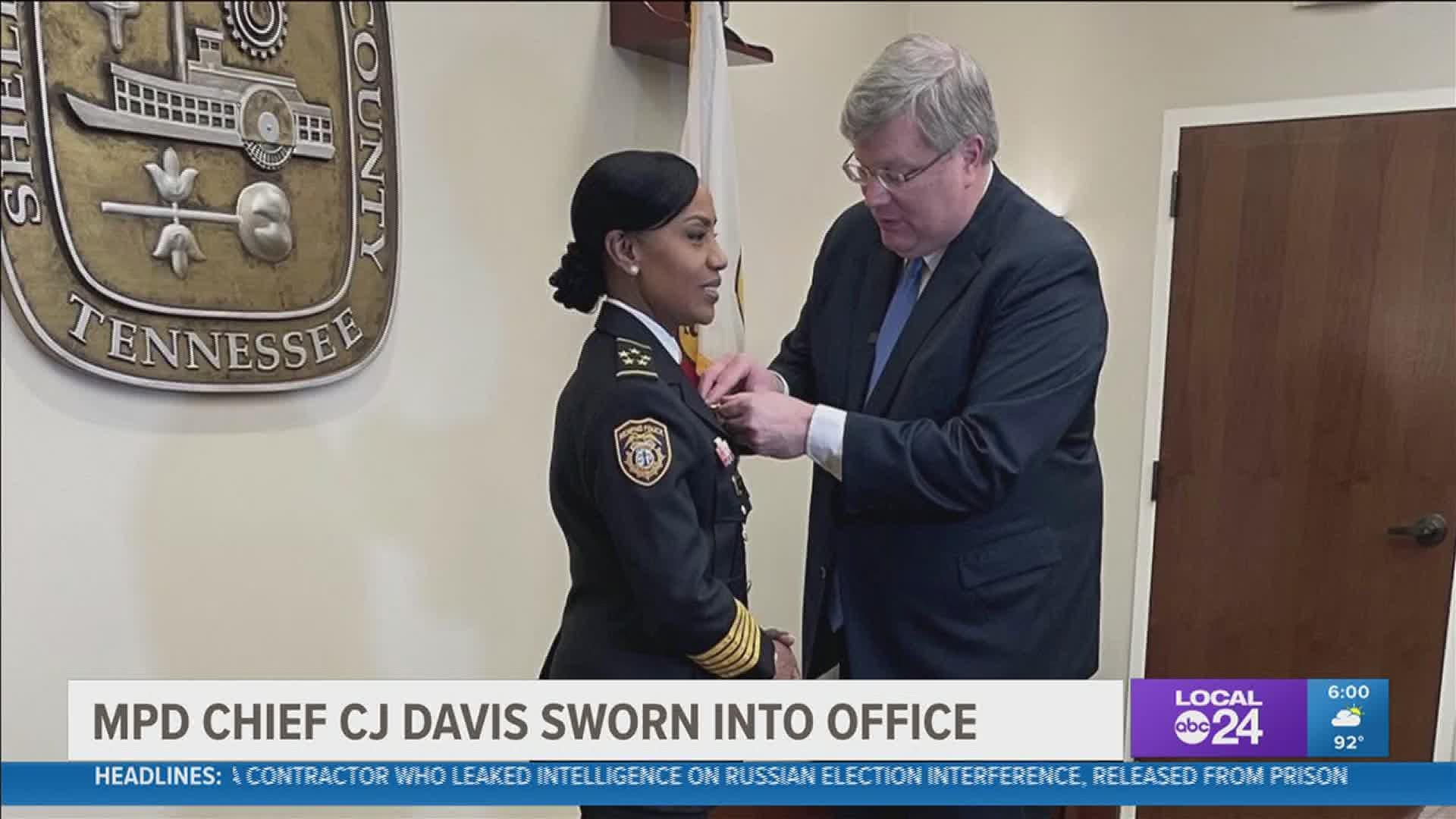 According to a Memphis Police profile, Chief Davis is a graduate of the 225th Session of the National FBI Academy and completed senior management training at the Police Executive Research Forum (PERF) in Boston, MA. Chief Davis has experienced training opportunities abroad at the Emergency Preparedness College in York, England, and as a participant in a leadership exchange session with the Israel National Police. She is a past President of the National Organization of Black Law Enforcement Executives (NOBLE), and recently testified before the U.S. Senate Judiciary Committee on the matter of Police Reform, in the aftermath of the killing of George Floyd