42 new officers will be patrolling the streets of Memphis after Thursday’s graduation. After 22 weeks of police training they vowed to protect the Bluff C... 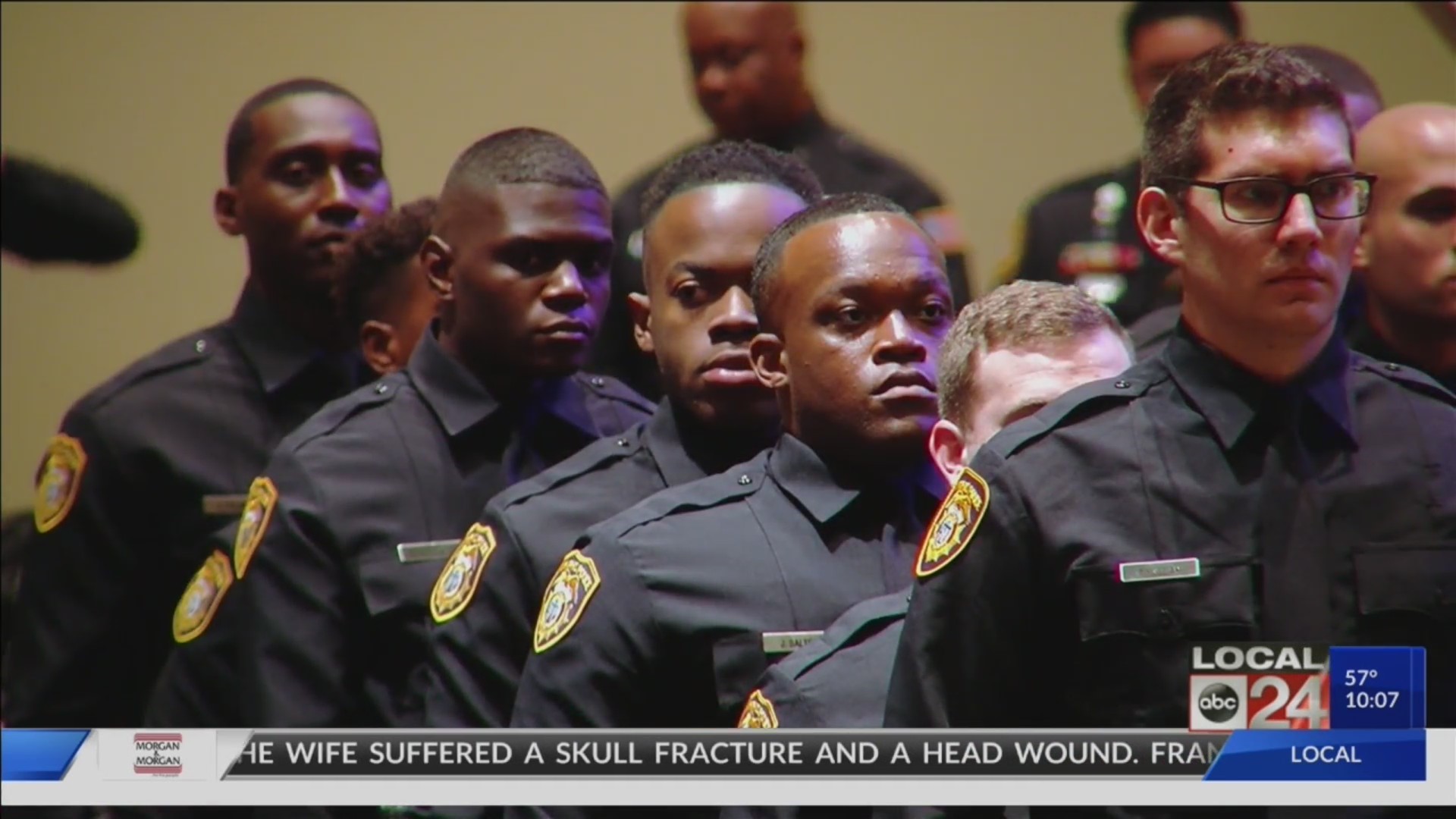 MEMPHIS, Tenn. (localmemphis.com) – 42 new officers will be patrolling the streets of Memphis after Thursday’s graduation. After 22 weeks of police training they vowed to protect the Bluff City.  It’s getting the department closer to its goal of 2,200 officers by 2020.

“A little over 50 started the class. Everybody doesn’t make it out of the police academy,” said MPD Director Mike Rallings. “This helps us, I think we had 2,056 today, so this puts us a little under 2,100.”

“We need to have 500 recruits, actually graduate 500 in the next four years just to stay where we’re at,” said Rallings.

According to the department, 80% of Thursday’s recruits are from Shelby County. Yet, Rallings says what’s keeping the city under-protected is the requirement that officers have to live in the city.

“Residency hurts our recruitment efforts,” said the director. “We’re in a crisis. We need more officers to combat violent crime.”

As it stands, some officers have to live in the city and others can live in Shelby County. A co-sponsor of a new residency bill says four amendments have been made.”

“We only use this process when we need it,” said Councilman J. Ford Canale. “When we drop below full complement that we use this as an extra tool.”

“I don’t care where they come from,” he said. “If they want to be a Memphis police officer, if they’re willing to put their life on the line to serve the citizens, then we’ll welcome them.”

The debated residency requirement calls for officers to live within 50 miles or in neighboring counties. Two more readings by city council are needed before it can move to the ballot to be voted on by residents.