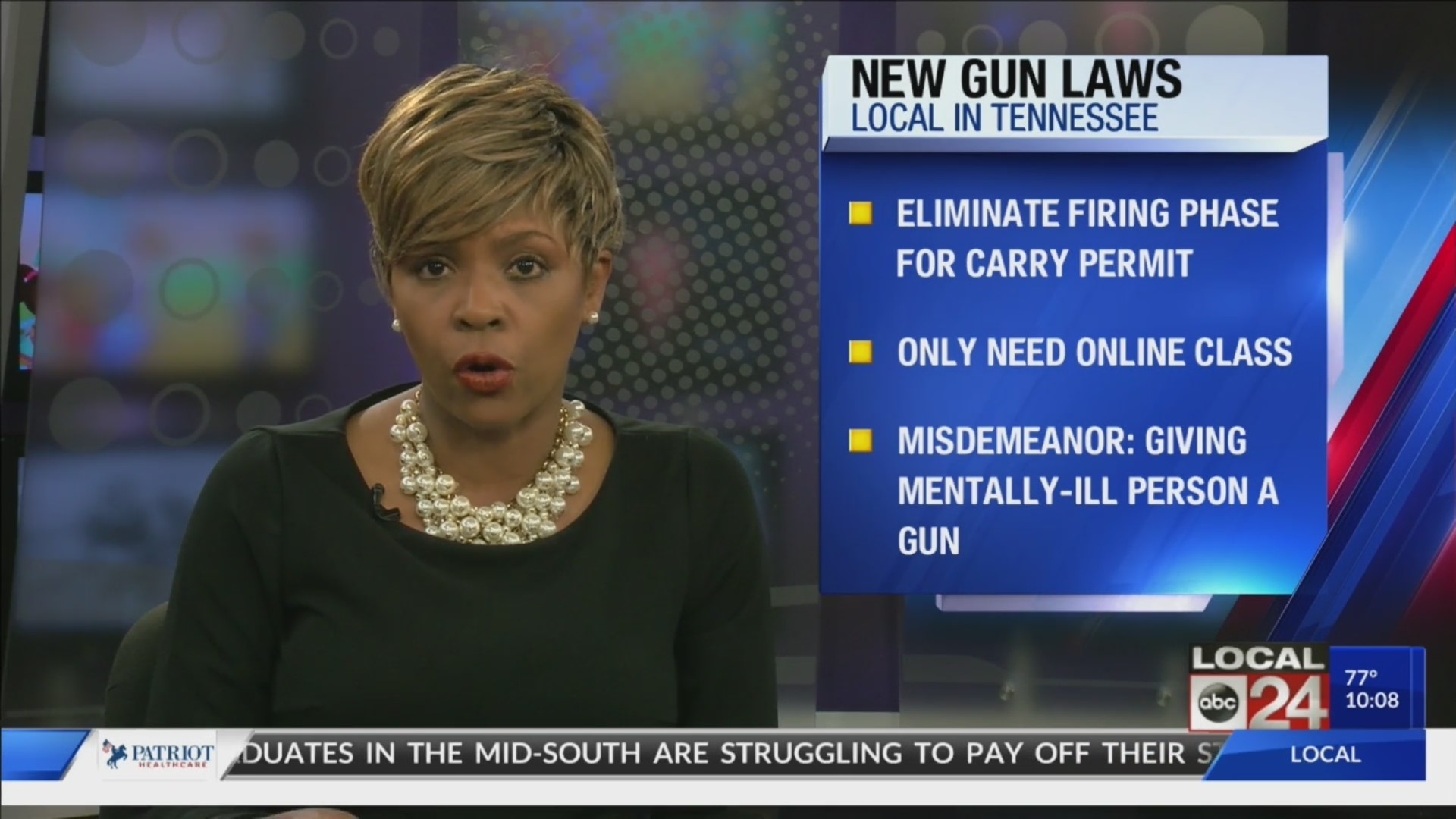 Editors’ Note: An earlier version of this story had an incorrect effective date for the law.

One of those bills is Tennessee Senate Bill 705, which allows people to obtain their carry permit by taking an online course.

“The mindset of the Tennessee legislator is to be protective of our second amendment rights,” Hill said. “Expanding access where appropriate and trying their best not to limit an individual’s personal decision on what they do with their firearms.”

Other laws set to come into effect: