The changes started June 9 and will be in place until further notice. 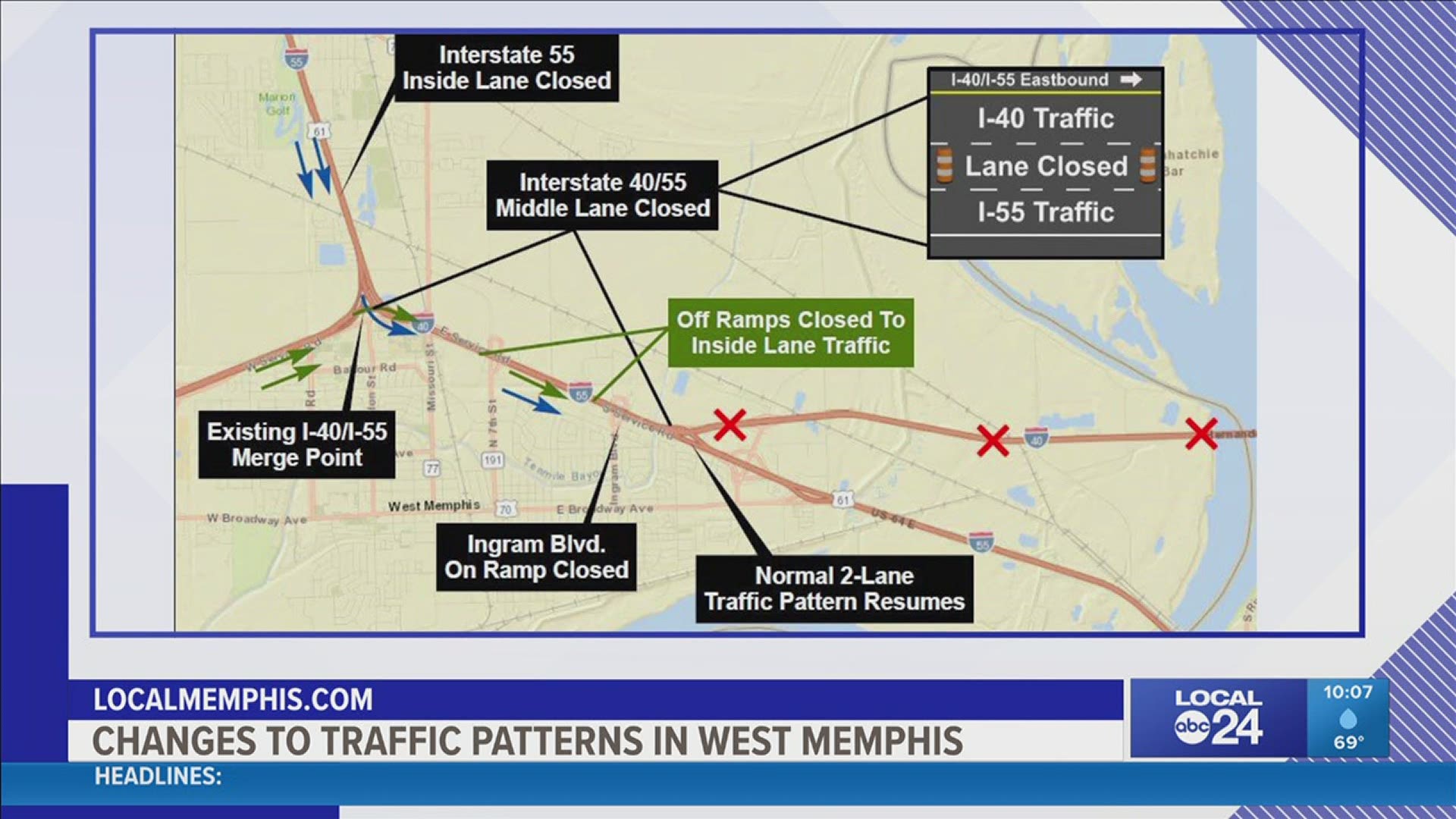 MEMPHIS, Tenn. — Work continues to repair the cracked Hernando de Soto bridge, also called the I-40 bridge, over the Mississippi River. At the same time, the Arkansas Department of Transportation is making changes in response to the increased traffic on the I-55 bridge.

The changes are meant to reduce the merging points to help traffic flow better in West Memphis, Arkansas. They include restricting what lane you can be in based on whether you're traveling on I-55 or I-40. The changes start at 6pm Wednesday and will be in place until further notice.

The following is from ARDOT:

The plan is to reduce merging points which is anticipated to reduce conflicts and improve traffic flow. These traffic pattern changes were developed in collaboration with ARDOT, TDOT, the FHWA, and the City of West Memphis.