Armed with the information he gathered, Lyash will go into his first board meeting on Aug. 22 with plans for the power producer and its customers. 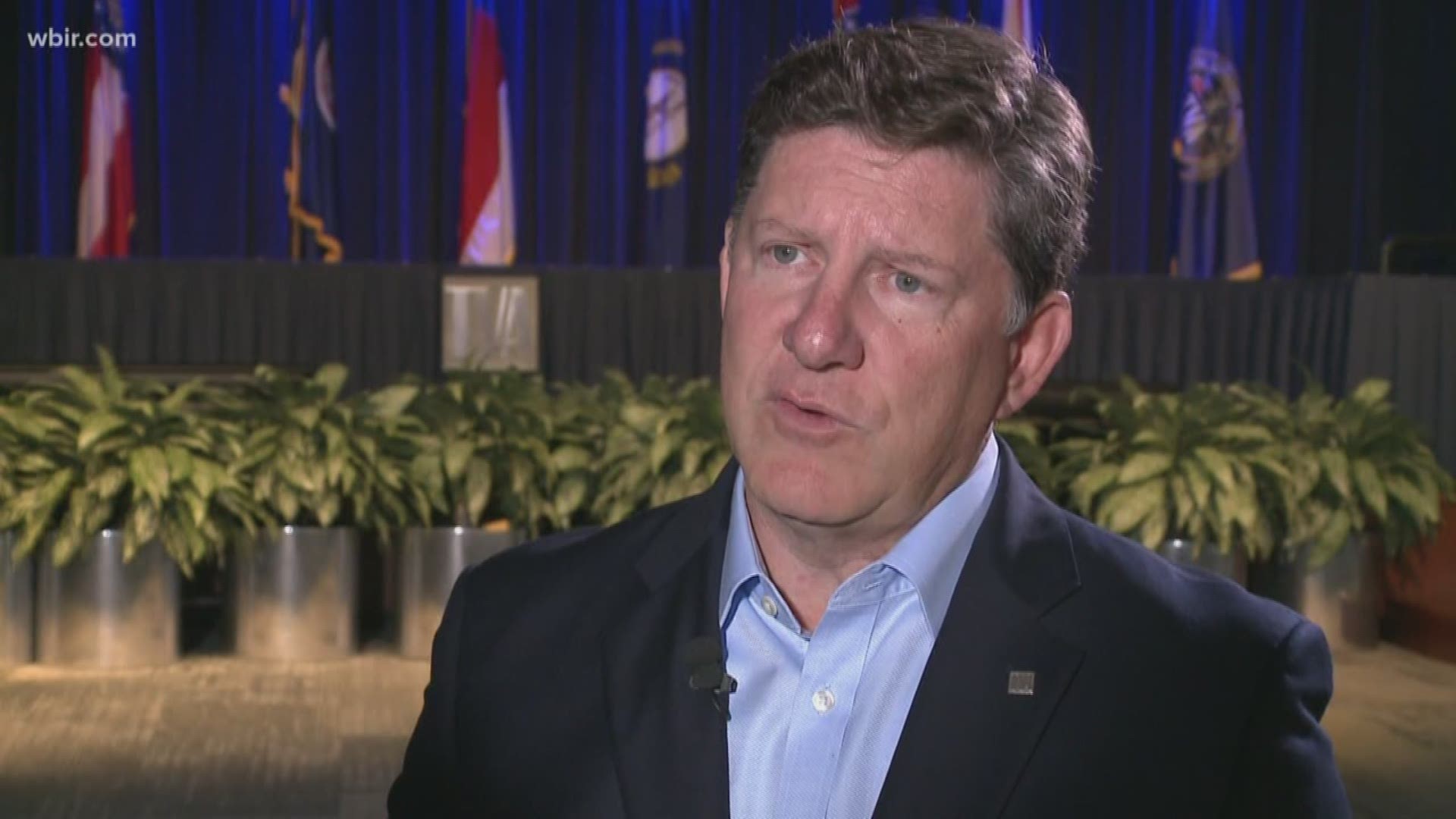 KINGSTON, Tenn. — The number of miles new TVA President and CEO Jeff Lyash traveled in his first 2.5 months on the job would have taken him almost halfway around the world.

“I think we calculated, we traveled about 10,000 miles across seven states here in the valley meeting with community leaders, elected officials, customers employees trying to learn from them what is important,” Lyash said.

Armed with the information he gathered, Lyash will go into his first board meeting on Aug. 22 with plans for the power producer and its 10 million customers. He will recommend to board members no rate increase for the coming year.

“As a matter of fact, my objective is to create a decade of stable rates here in the valley because I think that will help us with our competitive and economic advantage and help grow jobs in the territory,” he said.

Lyash credits, in part, his predecessor Bill Johnson and his team who reduced TVA’s debt which was on track to reach the $30 million cap. Its debt is on $23 million. Lyash said they’ve also reduced maintenance costs and its dependence on coal. He added, as a result, TVA has drastically cut its carbon footprint.

“TVA, just since 2005, has reduced its greenhouse gas emissions by 60 percent.”

By 2018, TVA said it cut coal by more than half. Nuclear energy increased by 40 percent and hydropower jumped to 10 percent. Lyash said the goal now is to further reduce emissions to 70 percent over the next decade

Another goal is greater transparency in the wake of the devastating coal ash spill at TVA’s Kingston Fossil Plant. It’s been 11 years since 1 billion gallons of liquid coal ash flooded the Emory River and surrounding land. Lyash said TVA will now set the industry standard to ensure safety in the future.

“We’ve got a program right now that we initiated bringing in local workers and touring them around our sites and talking about the plans, the history, answering questions and making ourselves available.”

Since coming on board as TVA’s CEO, Lyash has hosted three open houses at two of its fossil plants.