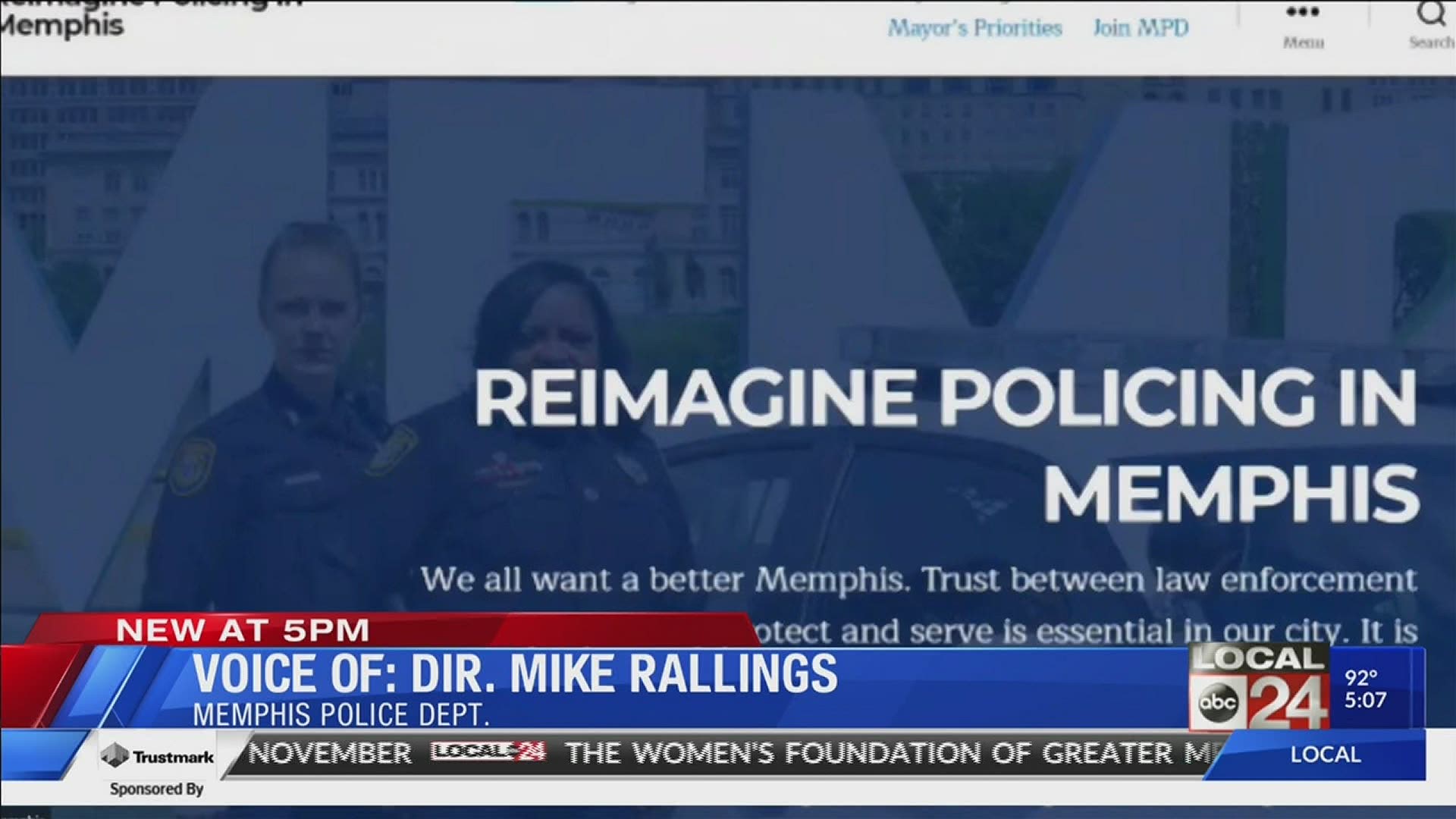 They announced Tuesday the launch of a new website called "Reimagine Policing in Memphis." The site will inform the public about police policies and allow citizens to voice their concerns about an MPD officer.

This comes after weeks of protests and demands for action from several non-profits on the issue of police brutality.

The city says the website will help them handle police complaints better.

Officers are also allowed to intervene if they see another officer using unnecessary excessive force.

Officials will also strengthen the Civilian Law Enforcement Review Board, known as CLERB, to hold officers more accountable for their actions.

In the topic of defunding MPD, Mayor Strickland says there are will be no budget cuts for the department because they are hundreds of officers short.