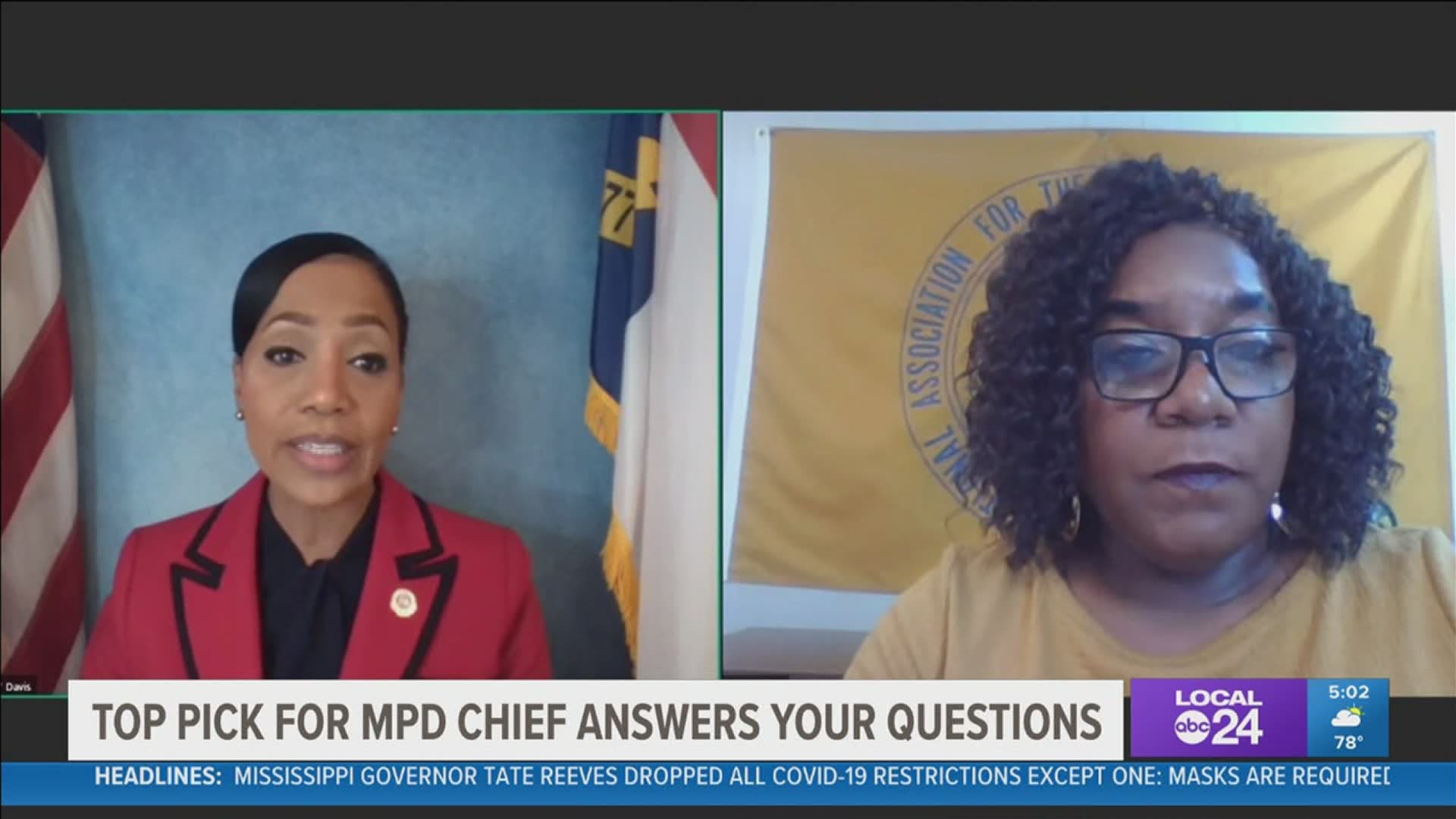 MEMPHIS, Tennessee — Via Zoom from North Carolina Friday, nominated Memphis Police Chief Cerelyn "CJ" Davis laid out her vision for MPD if approved as the next top cop.

"We need to regularly analyze data related to police officer encounters, which could point to racial profiling and other abuses such as use of force," Davis said.

Davis added the information access she oversaw as Durham Police Chief could help expand the current Memphis Police dashboard, where the public can look up investigations involving personnel.

She addressed ways to cut down interstate shootings, including extending partnerships with state highway patrol.

"This is one of those situations that requires sustainable types of maintenance plans," Davis said.

If approved as MPD Chief, Davis plans to implement a misdemeanor diversion program like the one in Durham, which expunges certain first-time misdemeanor offenders from the system.

"A charge on a person's record can make the difference of them continuing in a positive trajectory in their lives or having a tarnished record where they can't get a job," Davis said.

The police veteran also mentioned young people throughout the forum and encouraged more positive programs for them before it's too late.

"We must invest in prevention, we must invest in intervention and get our young people involved in the discussion about what they want to see in their communities," Davis said.

The Memphis City Council is expected to vote Tuesday evening whether to approve CJ Davis as the next Memphis Police Chief.