The City of Memphis Solid Waste Management said it is aware of delays as a result of staffing issues. 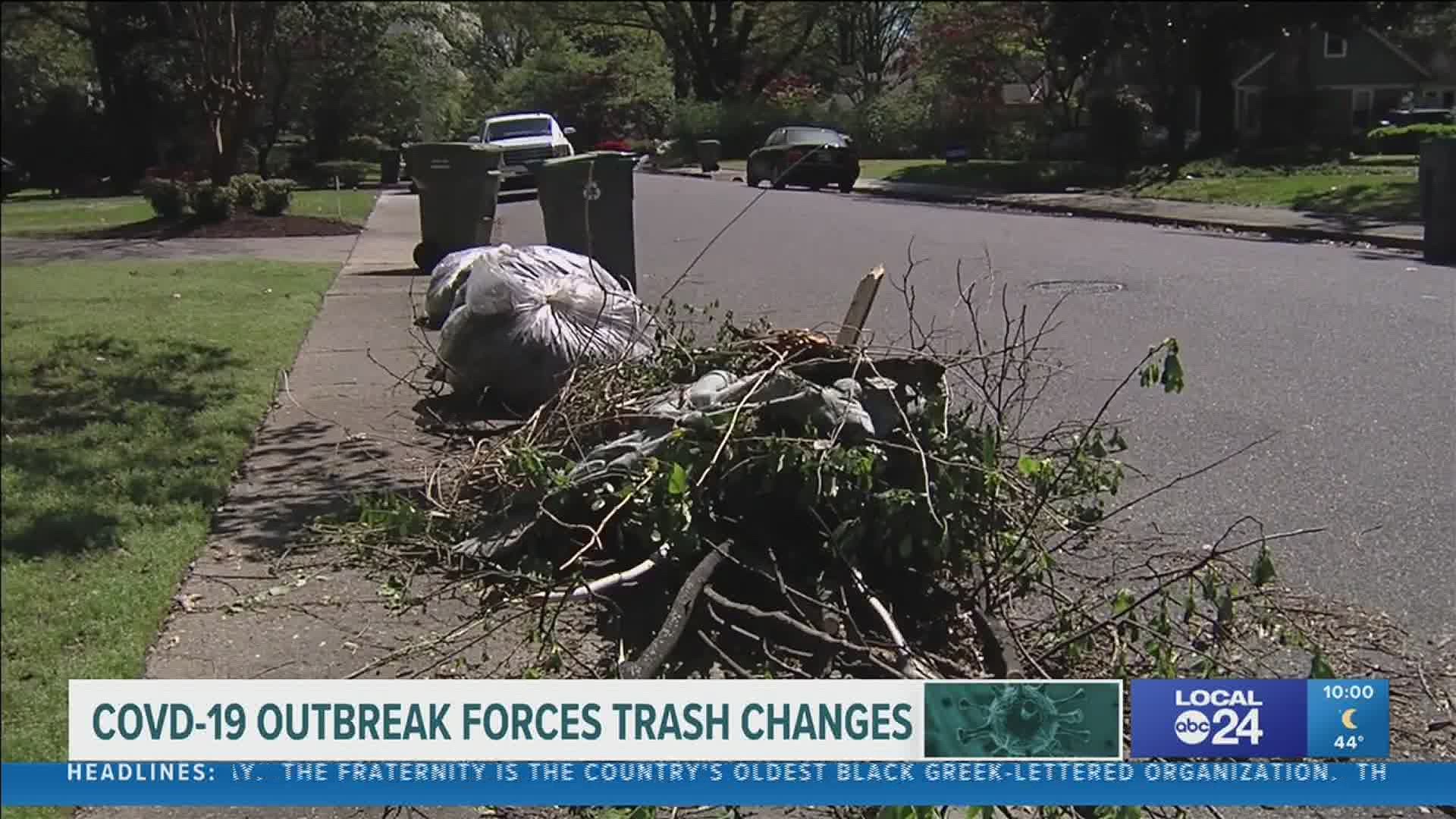 MEMPHIS, Tenn — The pandemic has impacted many parts of our lives and now it’s causing trash pick up in Memphis to be delayed.

“I have all of my recycling from Friday sitting in front of my house,” said Memphis City councilmember Dr. Jeff Warren. “It hasn’t been picked up.”

The City of Memphis Solid Waste Management said nearly 25% of crews either have  COVID-19 or are in quarantine and officials say it's delaying pickup.

Dr. Warren said a health department study shows more people socialized for two to three days when they had symptoms before they got tested.

The city said until further notice starting December 7, garbage and recycling will be picked up together.

In the meantime – you should  still bring your garbage and recycling curbside on your regularly scheduled day.

“We’re just going to have to expect that we’re going to see delays unless we as a community pick up the pace and are more careful,” said Warren.