One brother in custody, another wanted in deadly Horn Lake home invasion

Horn Lake police say one man has turned himself in, and his brother is wanted, in connection with a deadly home invasion last week. 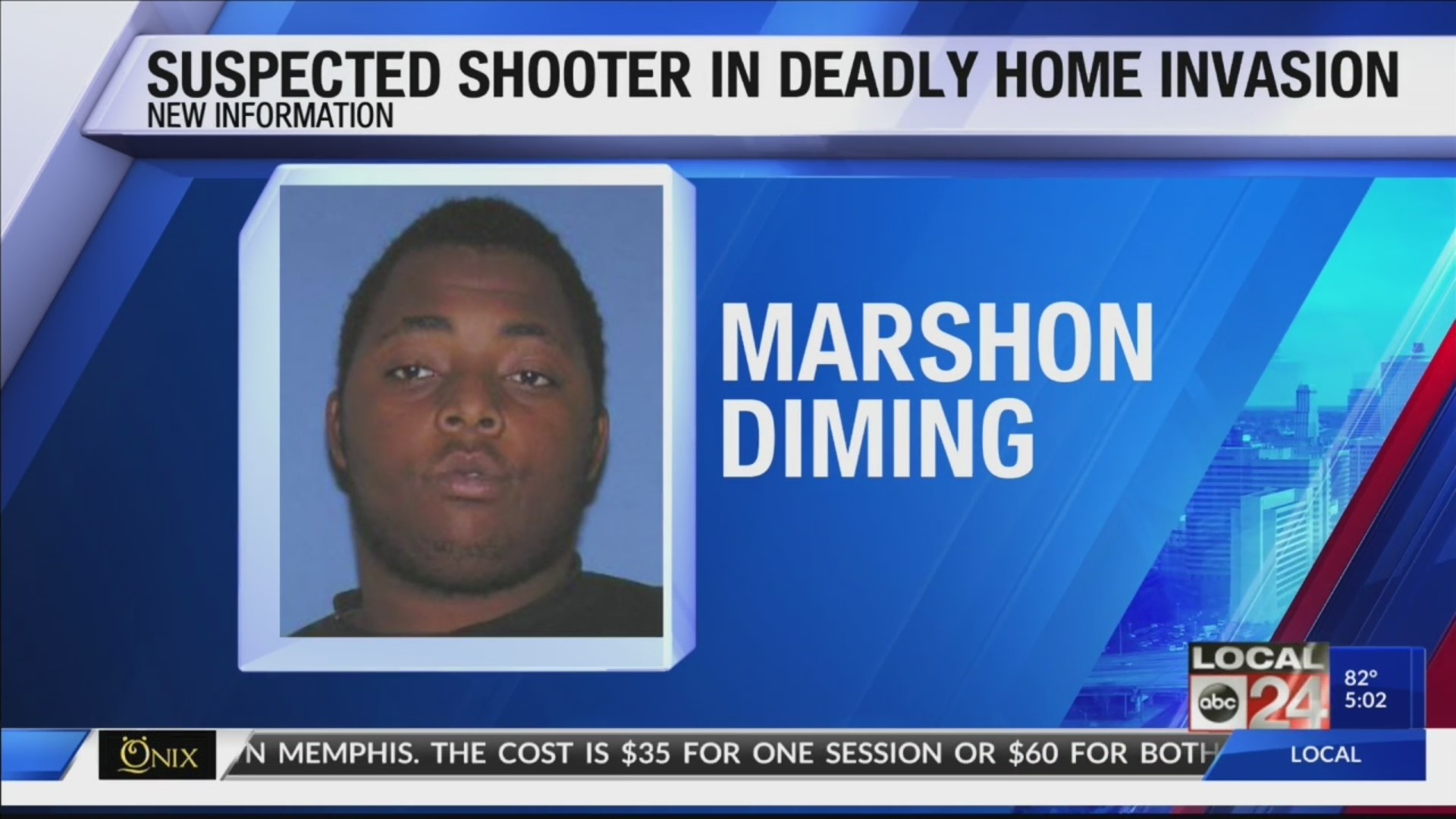 HORN LAKE, Miss. (localmemphis.com) – Horn Lake police say one man has turned himself in, and his brother is wanted, in connection with a deadly home invasion last week.

Investigators say 27-year-old Jamoni Diming of Tutwiler turned himself in to the Horn Lake Police Department Sunday. He is charged with felony conspiracy to commit a crime. He is at the Desoto County Jail and bond has not been set.

Investigators say his brother, 29-year-old Marshon Diming of Tutwiler, is on the run, wanted on murder charges. He is considered armed and extremely dangerous. If you know where Marshon Diming may be found, call Horn Lake Police at 662-393-6174, or your local department.

The Diming brothers face charges in the death of a man and woman shot and killed in Horn Lake Thursday night. It happened around 9:30 p.m. at the Desoto Apartments on Sutton Place off Goodman Road. Investigators say a man was found outside a building shot at least once. He was taken to the hospital in critical condition. The man’s name has not been released.

Investigators say a man and woman were found shot to death inside an apartment. They have been identified as 28-year-old Antonio Gipson and 27-year-old Serena Madkins. An infant found in the apartment was unharmed and later released to the victim’s family.