On the 75th anniversary of D-Day, a 99-year-old World War II veteran is remembering his experience during the war. 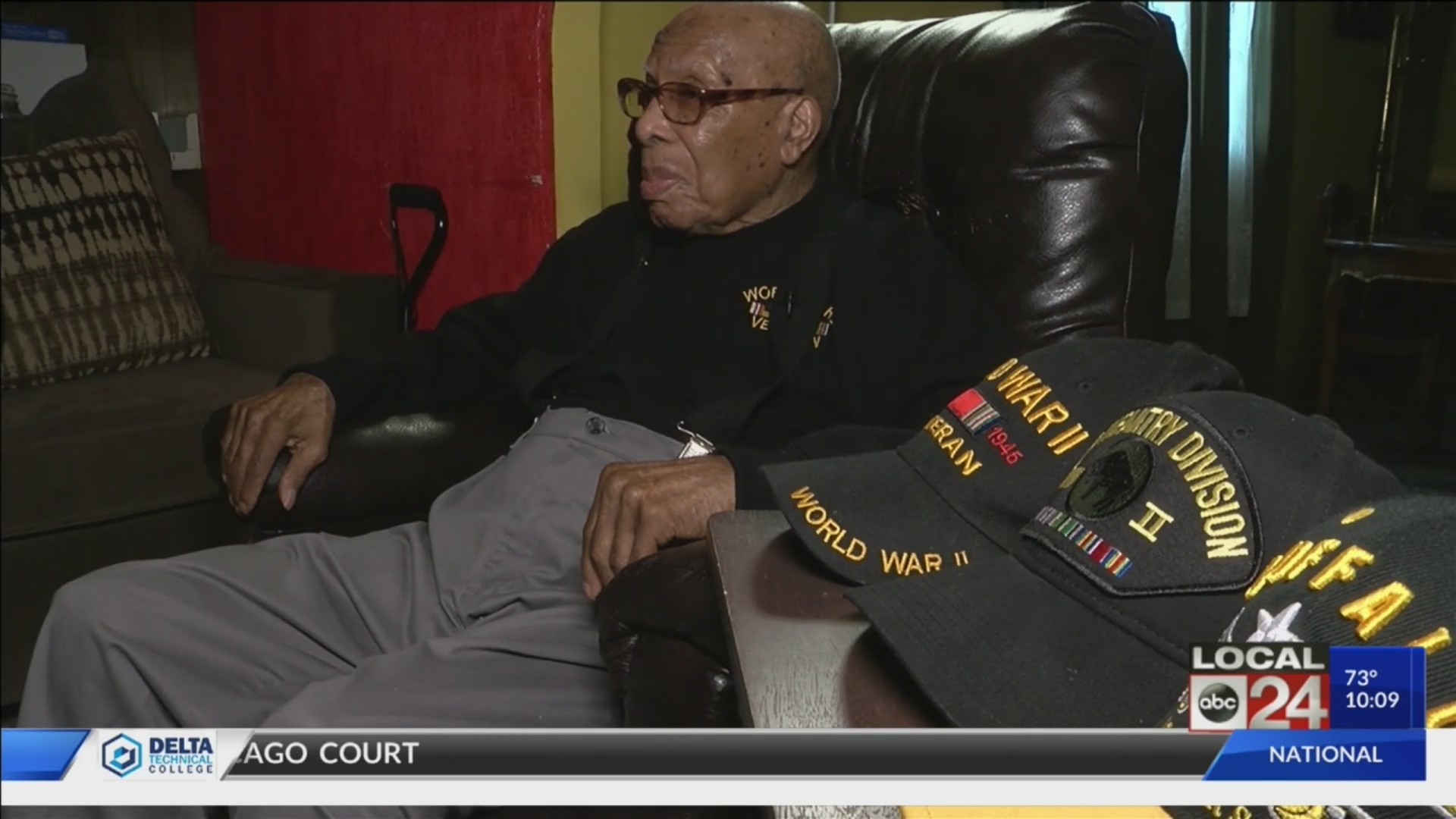 SOMERVILLE, Tenn., (localmemphis.com) – On the 75th anniversary of D-Day, a 99-year-old World War II veteran is remembering his experience during the war.

Algie Mabone was a member of the 92nd Infantry Division of the Army. This was a segregated division of the Army that was known as “buffalo soldiers.“  It was the only black division that fought infantry combat during World War II.

“It was a long war and a bloody and a hard war,“ Algie Mabone said.

He said he lost many friends while fighting in the trenches in Italy. His oldest son, Levond Mabone, went on to serve two years in the Air Force. He said his father still struggles to talk about the horrors of the war.

“Looking back, I’m sure that his heart is flooded with emotion and sometimes grief,“ Levond Mabone said.

Even after serving three years for the Army, Algie Mabone came home to continuous prejudice and racism. His family said it is important to them to remember their family’s history and the battles they fought.

“We are in the process of passing the torch,“Levond Mabone said. “And what is most important is our lineage. Our family history. His grandfather, Baker Mabone, served in the Union army in 1862. He was one of the original buffalo soldiers.“

His children and grandchildren are full of honor for his service and have preserved as many photos and pieces of family that they can.

“He’s one of the greatest dads that anyone could ever have,“ Levond said. “He protected his children and his family as well as served his country.“

Levond Mabone said his father’s service to others and his country will never be forgotten.

“He loves people,“ Mabone said. “He is a gentleman in his own right and there is no one that he would not extend a hand to help given the opportunity.“