After months of waiting and guessing, Oreo has finally revealed its mystery flavor for 2019. 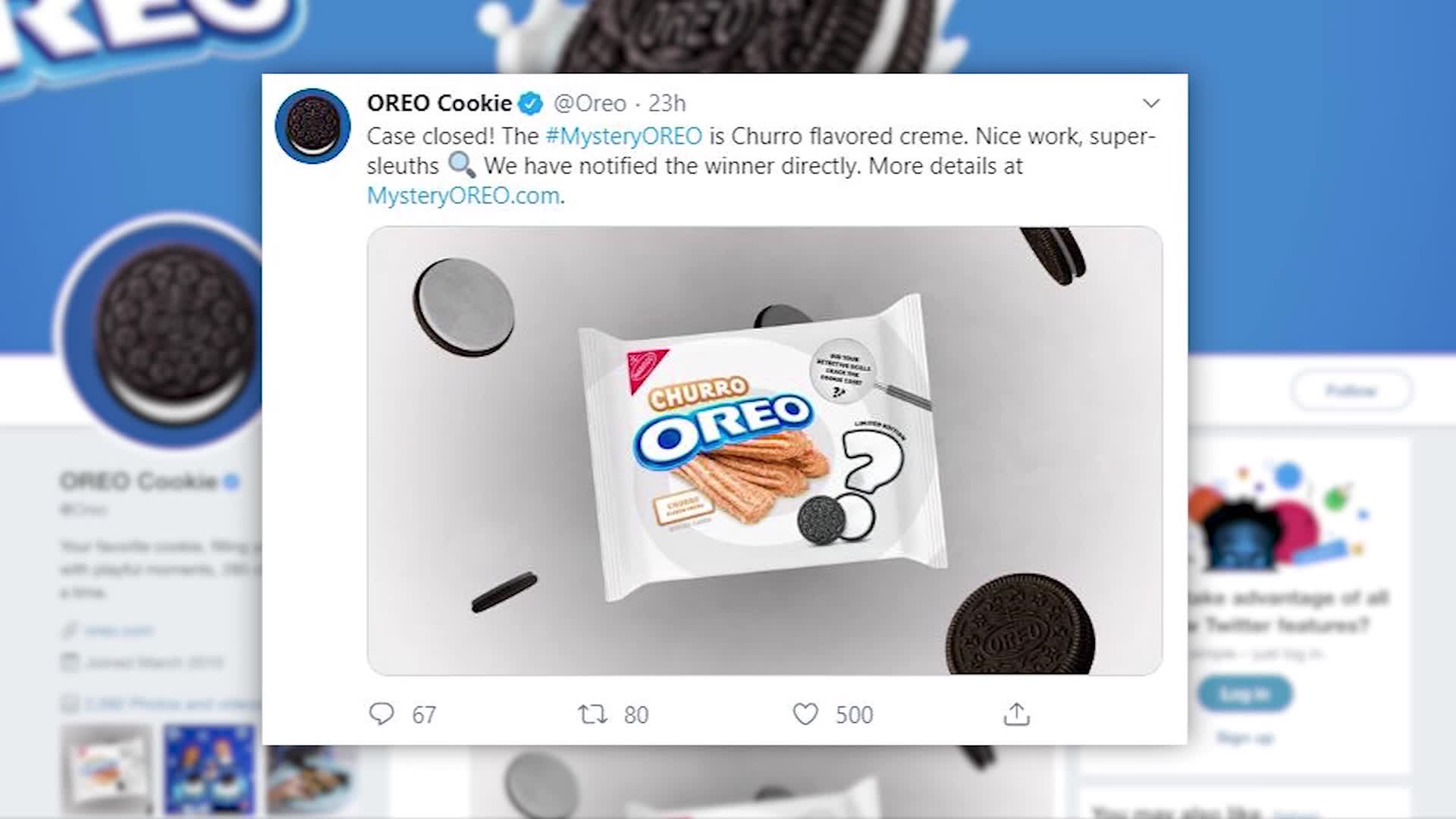 After months of waiting and guessing, Oreo has finally revealed its mystery flavor for 2019. Monday Oreo confirmed on Twitter the flavor is a churro-flavored creme, writing, “nice work, super-sleuths.”

In September, Oreo launched a contest asking participants to guess the flavor. A winner has reportedly been notified and will receive $50,000. Oreo told People Magazine other top guesses from fans were funnel cake, graham cracker, and gingerbread.

The cookie company says the new churro-flavored creme Oreo should be available nationwide.