The BLM mural was defaced Monday, the birthday of Nathan Bedford Forrest, and it since has been restored. 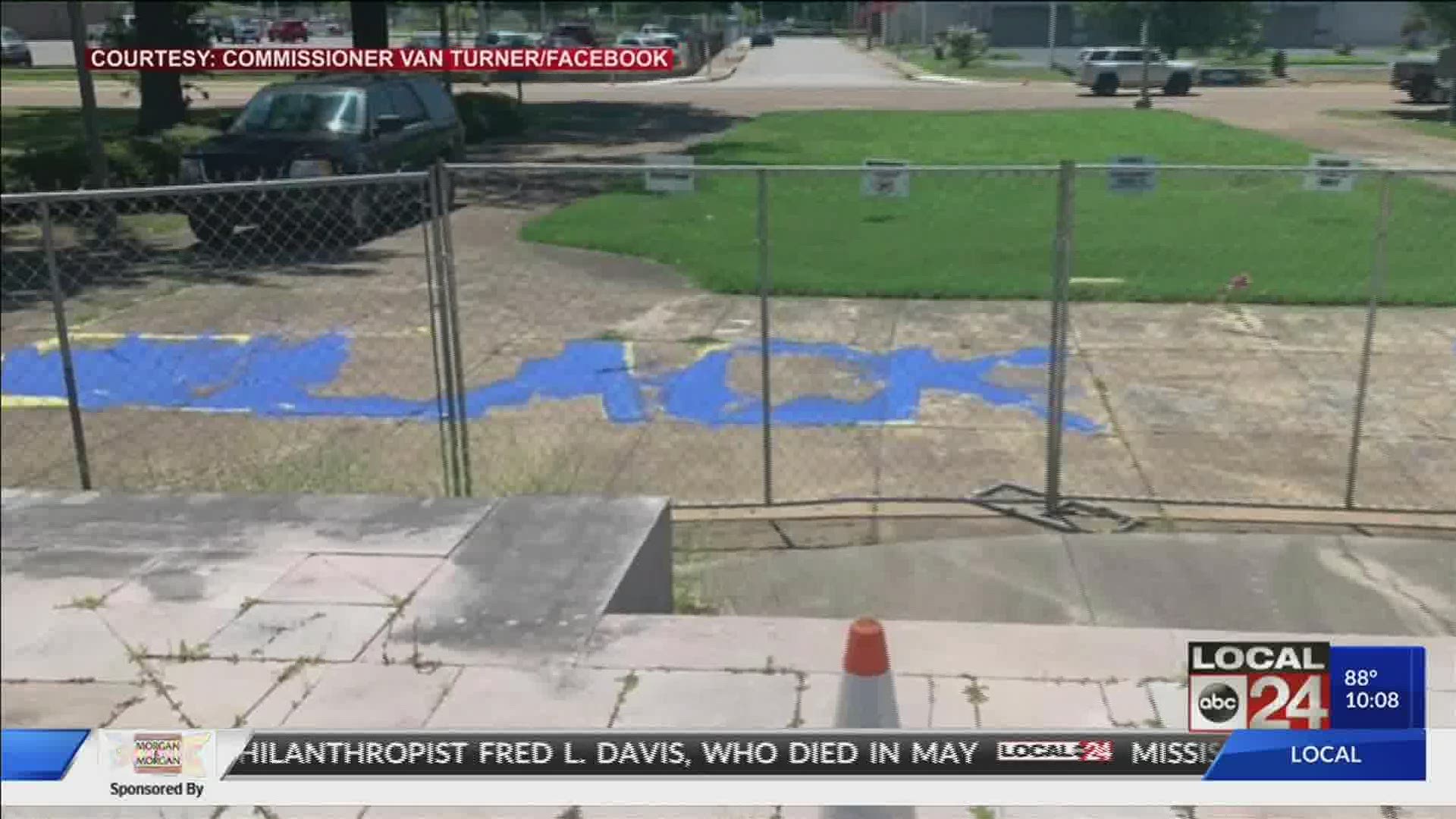 “We just wanted to make a statement that black lives do matter," said muralist Amber S. "We’re just less than five minutes away from 201 Poplar where people are being housed and being exposed to COVID.”

Amber is part of the Black Lives Matter Memphis Chapter and is one of 8 painters who worked on the project.

Someone splattered blue paint on one section of the mural Monday, the birthday of Nathan Bedford Forrest. Confederate flags were also posted up.

“I wasn’t really surprised and I really wasn’t bothered,” said the muralist.

Van Turner is the president and director of Greenspace, which owns the park. He says those who defaced the mural have the meaning of BLM wrong.

"It reminds everyone that first you now, yes everybody matters all lives matter," said Turner. "But in particular black lives matter and the reason that it has to be said, and has to be said so profoundly, is because of what occurred with George Floyd.”

The muralist, who draws as a pastime, shared that repainting over the defacement was a mix of emotions.

“I was pretty excited to redo it but also felt a bit of guilt and grief because I know I can leave and go home but there are people in 201 Poplar who can’t and are still being exposed to COVID,” she said.

Blue paint was painted over the Black Lives Matter mural at Health Sciences Park and a confederate flag was also posted up on Nathan Bedford Forrest’s birthday (Monday).

The statue of the Confederate General and KKK founder once stood in the park. @LocalMemphis pic.twitter.com/bCVopsqFXH

Turner says Greenspace is still in litigation. The remains of General Nathan and Mary Forrest are still in the park and have to be removed. BLM will be invited back out to repaint the mural possibly where the pedestal sits now.