The convention for the people will be this Saturday. They will release results from a survey filled out by more than 2-thousand people, they will discuss candid... 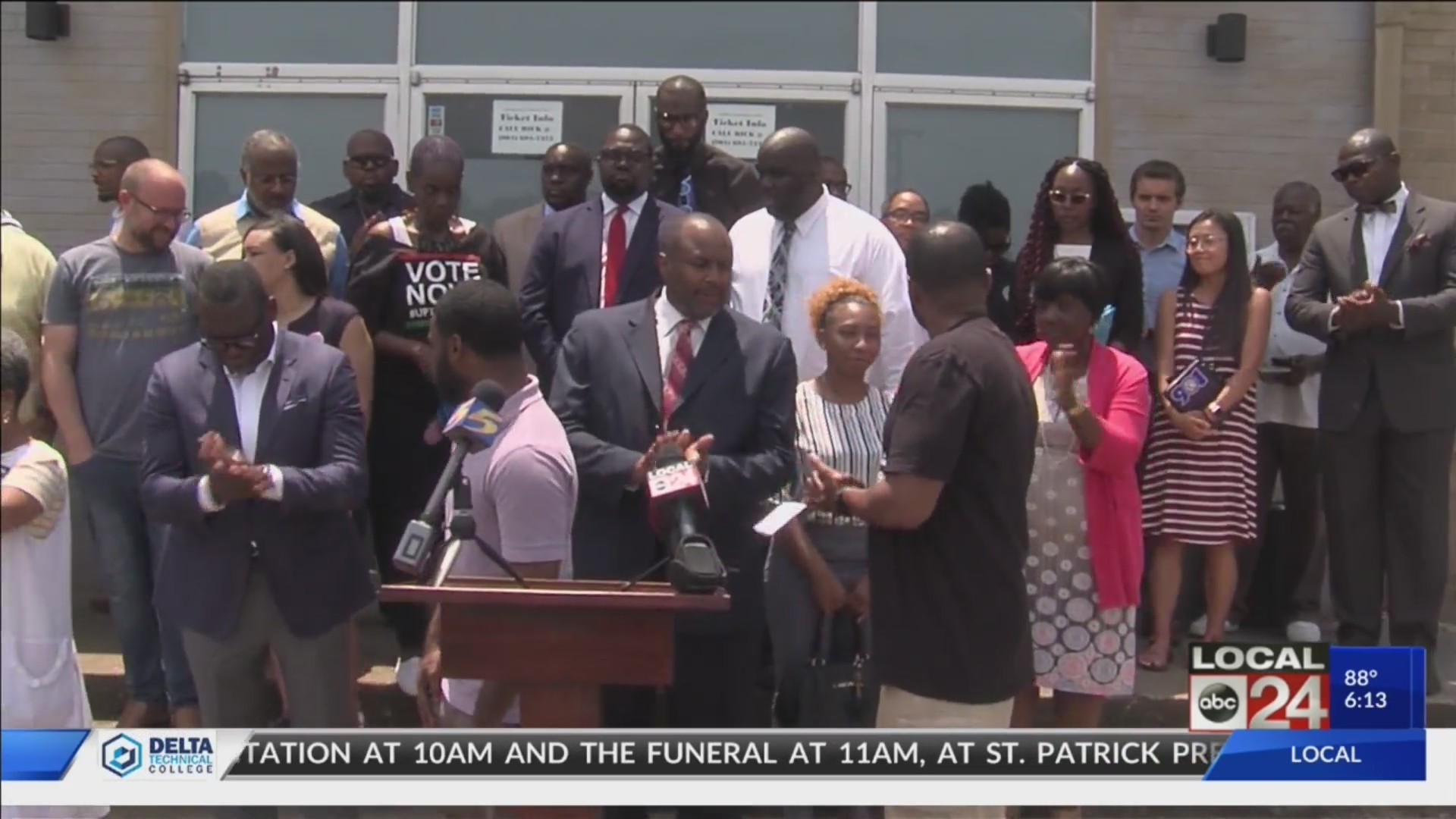 MEMPHIS, Tenn. (localmemphis.com) – It’s a long way from June to October…Election Day.
But the People’s Convention comes this weekend.

A lot of people showed up on the steps of the Paradise Entertainment Center, where the People’s Convention will be held this weekend.

“We’re not disappointed to have eighteen people participate,” says organizer Reverend Earle Fisher of Up The Vote 901. “The original people’s convention was only focused on the mayor’s position. It did not have eighteen candidates involved.”

The 1991 People’s Convention gathering was to nominate the next African American Mayor…and the first one to be elected.

Willie Herenton got the nomination and later won the election. He and Strickland say the People’s Convention they’re focusing on happens in October…Election Day. At this one on Saturday, there will be issues discussed…a stand on the issues will be released.

“I am looking forward to the coverage from the media on the issues,” says State Representative G.A. Hardaway (D-Memphis), “…as opposed to the personalities. So the results are the People’s Convention will not only be an interesting, but an instructive experience.”

The trouble is, some say the whole things is simply a coronation.

Many of those attending the news conference have been at rallies for Tami Sawyer’s campaign for Mayor. Some candidates feel this entire convention will simply be a Sawyer love fest.

“Miss Sawyer, a person I do consider a friend,” says organizer Sijuwola Crawford, “is subject to the same rules and the same processes as everybody else.”