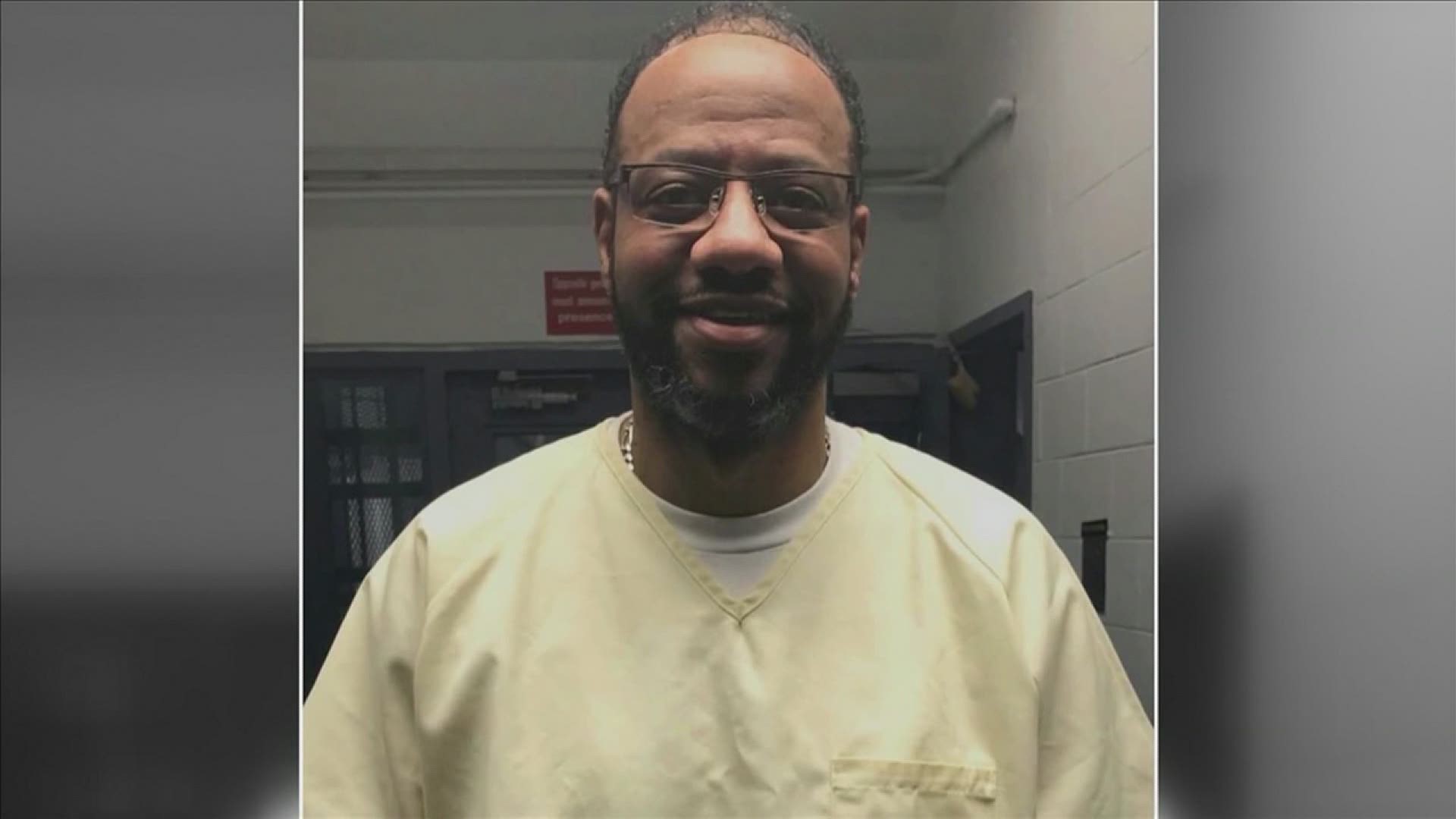 NASHVILLE, Tenn. — Attorneys for Pervis Payne petitioned Governor Lee for clemency today on the grounds that, as a person with intellectual disability, his execution would be unconstitutional; he is innocent; and racism contributed to his wrongful conviction and death sentence. A broad and growing coalition of 150 Tennessee faith, legal, civic, and grassroots supporters also submitted letters asking the Governor for clemency.

Mr. Payne asks that his death sentence be commuted to a sentence of life imprisonment or for a reprieve until the Legislature patches a procedural hole in Tennessee law to allow him to present his intellectual disability claim in court. Mr. Payne is scheduled for execution on December 3, 2020.

Application for Executive Clemency on Behalf of Pervis Payne can be accessed here:

The Application states, “There is a possibility that DNA could exonerate Mr. Payne and that analysis is under way. Disturbingly, the most valuable evidence (fingernail scrapings) which the State confirmed existed in writing on July 29, 2020, has vanished with no explanation … There is simply too much doubt in this case to permit an execution.” (Application at p. 2.)

“As Tennessee’s High Court observed, despite clear proof that Mr. Payne is intellectually disabled, a hole in Tennessee procedural law prevents him from adjudicating his intellectual disability. You [the Governor] are the solution to the problem. Because the courts cannot prevent this unconstitutional execution, you are the only one who can stop it. On this basis alone, we ask you to commute Mr. Payne’s death sentence,” Mr. Payne’s Application states. (Application at p. 1.)

The reasoning behind the U.S. Supreme Court’s prohibition against executing people with intellectual disability is that they present a special risk of wrongful execution. Among other issues, they have difficulty assisting their attorneys and make poor witnesses on their own behalf. “This case illustrates those fears.” (Application at p. 2.)

Mr. Payne has maintained his innocence for more than 30 years. He was 20 years old and waiting for his girlfriend when he heard noises across the hall and went to help. Overwhelmed by the terrible crime scene he discovered, he panicked and ran. Because he had been at the scene, the police zeroed in on Mr. Payne and failed to investigate other suspects. At Mr. Payne’s 1988 trial, the prosecution played upon outdated racist tropes, painting Mr. Payne as a drug addicted, hypersexual rapist. “The stereotypes used to convict Mr. Payne are the same used repeatedly throughout history, from Emmett Till to the Central Park 5,” the Application states. (Application at pp. 12, 25.)

“There is nothing in Mr. Payne’s background before, or since, that is consistent with the sort of person who would commit such a crime,” the Application states. He had never been arrested as an adult or juvenile or used drugs. (Application pp. 12-13.) Although he struggled in school, and was unable to graduate due to his intellectual disability, he did not have disciplinary problems and had a reputation for being kind, polite and helpful in the community. (Application at pp. 28-29.) In prison, over 33 years, Mr. Payne has been a model prisoner who has consistently received high marks for not presenting problems, being respectful and polite, being a hard worker, keeping a positive attitude, and similar attributes. (Application at p. 30.)

More than 120 Tennessee congregations including Christian, Muslim, and Jewish denominations wrote to the Governor: “[T]he judicial and legislative branches of the Tennessee government have abdicated any responsibility for ensuring Mr. Payne is not unconstitutionally executed. That leaves you, and you alone, with the power to prevent this miscarriage of justice by granting clemency to Pervis Payne.” (Exhibit JJ.) Yesterday, more than a dozen churches held a Day of Prayer for Mr. Payne. (Watch Mr. Payne’s father, Church of God in Christ Elder Carl Payne, speak at the 11:30 minute mark: https://www.facebook.com/TempleCOGICMemphis/videos/2808097816133968/.)

“[Y]ou can use your power to grant clemency to Mr. Payne and show mercy to this vulnerable man who, by today’s legal standards and by our timeless faith beliefs, should not be facing death at the hands of the State,” wrote Memphis Interfaith Coalition for Action and Hope (MICAH). (Application at p. 31 and Exhibit II.)

“Governor Lee, the process has failed Mr. Payne. The question of his innocence is deeply concerning, but equally so is the fact that Pervis Payne has an intellectual disability. His execution would be contrary to the conservative principles we hold,” wrote Tennessee Conservatives Concerned About the Death Penalty. (Application at p. 30 and Exhibit HH.)

“[T]he Shelby County prosecutors concocted a story of a drug-addled and sex-crazed Black man preying on a defenseless white woman. This narrative played to deeply held racist stereotypes in a county with a notorious history of lynching Black men for perceived insults to the ‘honor’ of white women. It is hard to imagine that these themes did not have an unfair impact on the jury that sentenced Mr. Payne to death,” wrote the Tennessee State Conference NAACP. (Application at p. 14 and Exhibit O.)

Twelve civil rights, legal, and civic groups, including the Ben F. Jones Chapter of the National Bar Association, the Memphis Bar Association, the Tennessee Association of Black Lawyers, and the NAACP Memphis, wrote: “[I]n this time of long-overdue racial reconciliation, it is all the more apparent that we must not let racial stereotypes or implicit biases prevent us from recognizing an injustice or taking action to correct it.” (Application at p. 30 and Exhibit GG.)

Four members of Witness to Innocence, an organization of people exonerated from death row, including three who live in Tennessee, wrote: “We know only too well that innocent people have been sentenced to death in America … We easily could have been executed before successfully proving our innocence, a nightmare that haunts us still … Pervis Payne’s case does not represent due process or equal justice under law. But the serious errors in his case do not have to be fatal ones.” (Application at p. 12 and Exhibit L.)

The Tennessee Black Caucus of State Legislators has publicly supported clemency for Mr. Payne and Rep. G. A. Hardaway, the Chair of the Caucus, plans to file a bill to enable Mr. Payne and others to present their intellectual disability claims in state court in the next legislative session. The first day of the next session is after December 3, 2020, Mr. Payne’s scheduled execution date.

The Application acknowledges that the investigation and preparation to support Mr. Payne’s request for clemency has been hobbled by the Covid-19 pandemic, which has prevented travel for witness interviews and cut short other work. The Application requests a reprieve to give Mr. Payne’s attorneys additional time to conduct an investigation when the risk from the pandemic subsides.

Mr. Payne’s legal team is scheduled to meet with the Governor’s legal office on October 27, 2020. More than 130,000 people have signed a petition at www.pervispayne.org on the Innocence Project’s website.