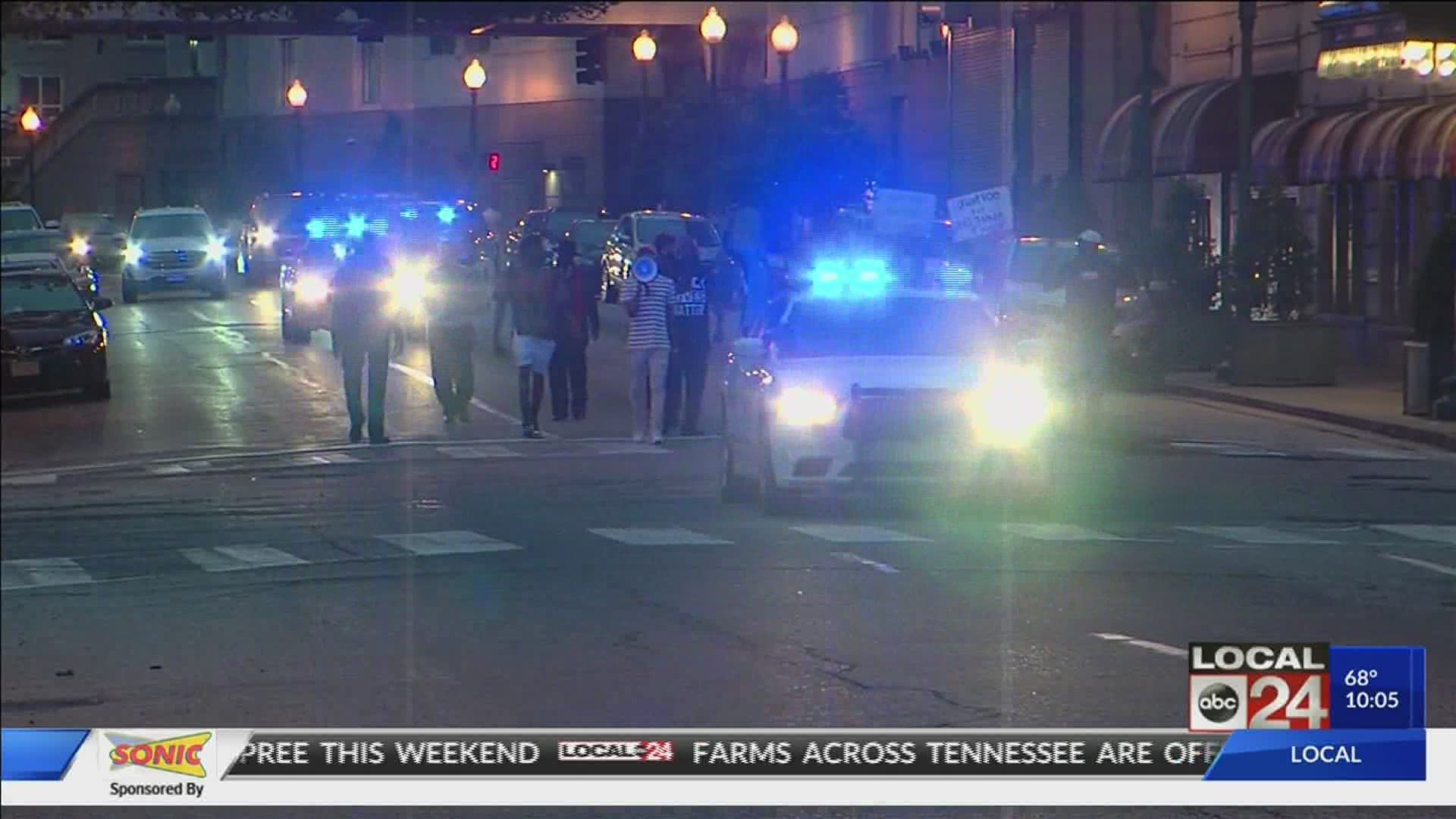 MEMPHIS, Tennessee — A group of protesters made their voices heard Friday evening in downtown Memphis. It was the third night of protests since the Kentucky ruling in the case of Breonna Taylor. About a dozen people showed up and said they want systemic change and police reform.

Friday night’s group was led by activist Devante Hill, who spearheaded large protests in the city after the death of George Floyd.

“Our social climate has found itself back in the same posture that we were just in this summer," said Hill. "Just another implication that black lives need to be advocated for.”

This one was noticeably smaller.

A Kentucky grand jury decided not to directly charge any of the three officers who shot at and killed 26-year-old Taylor inside her apartment in March.

“Now is the time to make sure that we’re keeping the momentum going, keeping the name of Breonna Taylor alive until not only justice is served but the historic change in police reform, and reimaging police that we really need to see in this country, until it happens.”

HAPPENING NOW: A small group of protesters have gathered for the third night of protests since the ruling in the #BreonnaTaylor case. @LocalMemphis pic.twitter.com/86AtUJMJ3e