Protesters speak out against Mayor Jim Strickland over sign removal. 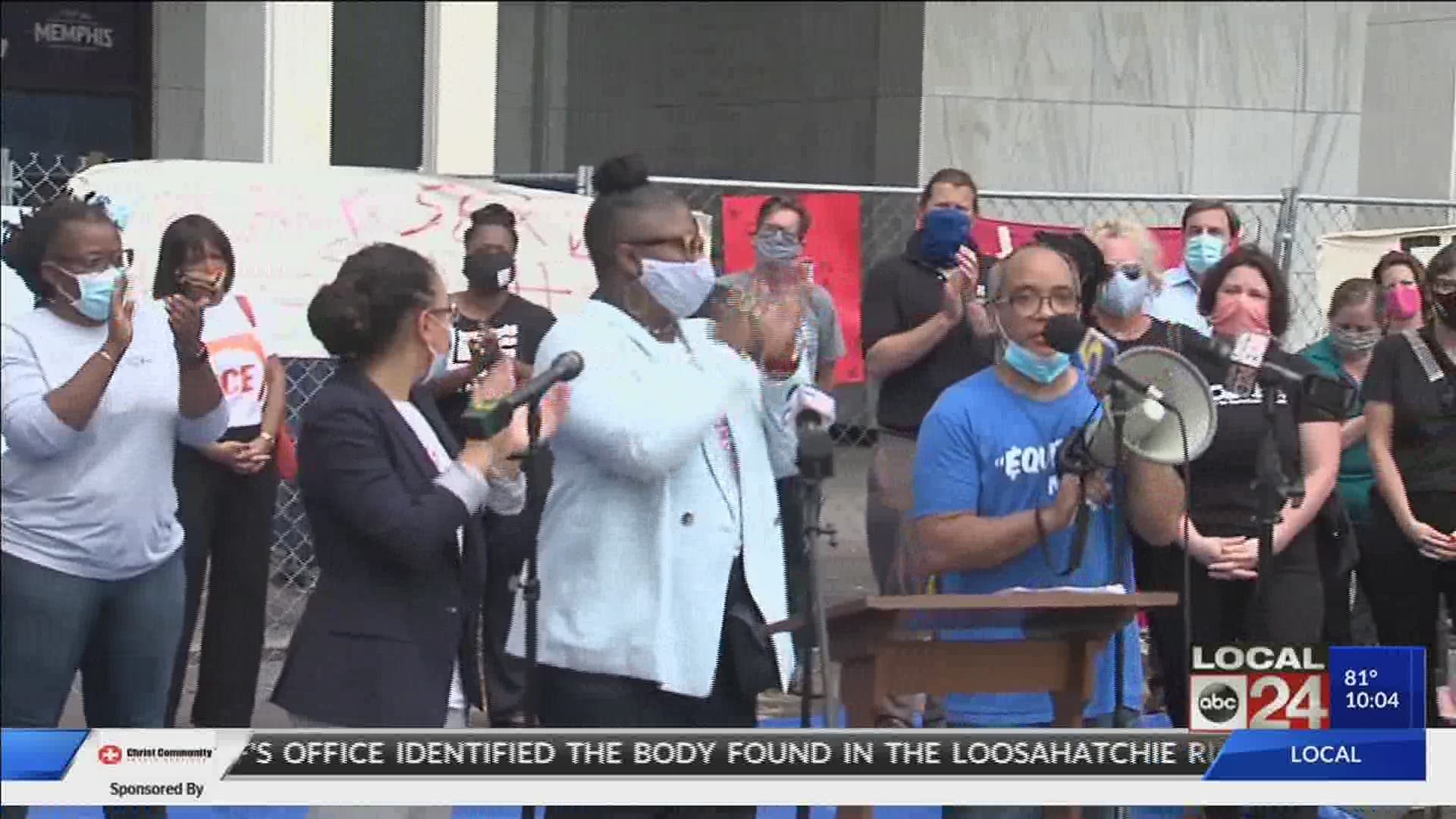 The signs are back up after they were taken down. Protesters say the removal is against their free speech.

"Mayor Jim Strickland as you say ordered the signs to be taken down," said Memphis Liberation Party Chair Tre Black. "The city workers came and they told us what was going on and that an agreement was reached. They were going to cut down the signs and let us keep them."

Black is one of many protesters who have been camped out in tents, occupying the city hall plaza for the last fourteen days.

"What we did in all of our genius we put them back up. We're going to be putting all of them back up here," said Black.

"It's our position that this is a content based restriction on freedom of speech in a public place and it's a complete violation of our first amendment rights," said Jan Lentz, the co-chair of Memphis-Mid-South Democratic Socialists of America.

Lentz says her organization along with the Poor People's Campaign are behind the protest.

"It was clear that they were told to take down only the political signs that we had put up and not the other signage," said Lentz.

A list of demands include defunding harmful policing, investing in youth, education and transit along with passing '8 Can't Wait,' which are 8 police policies.

On Monday, the group Memphis Nonprofits Demand Action gathered in front of city hall calling for a reallocation of some police funds to programs and education.

In a response Mayor Jim Strickland stated that the city will not be defunding the police.

The letter stated that other demands were already addressed, such as police policies already in effect like a ban on chokeholds plus the Civilian Law Enforcement Review Board receiving subpoena power.

"We are out here because we believe in public transportation and full housing and full employment and we're going to fight until those things are realized," said Black.

RELATED: 'The only thing that stopped the crowd was my rifle' | Interview with man who pulled out gun amid protest