The organizer of the sit-in says Confederate monuments should not be in public places. 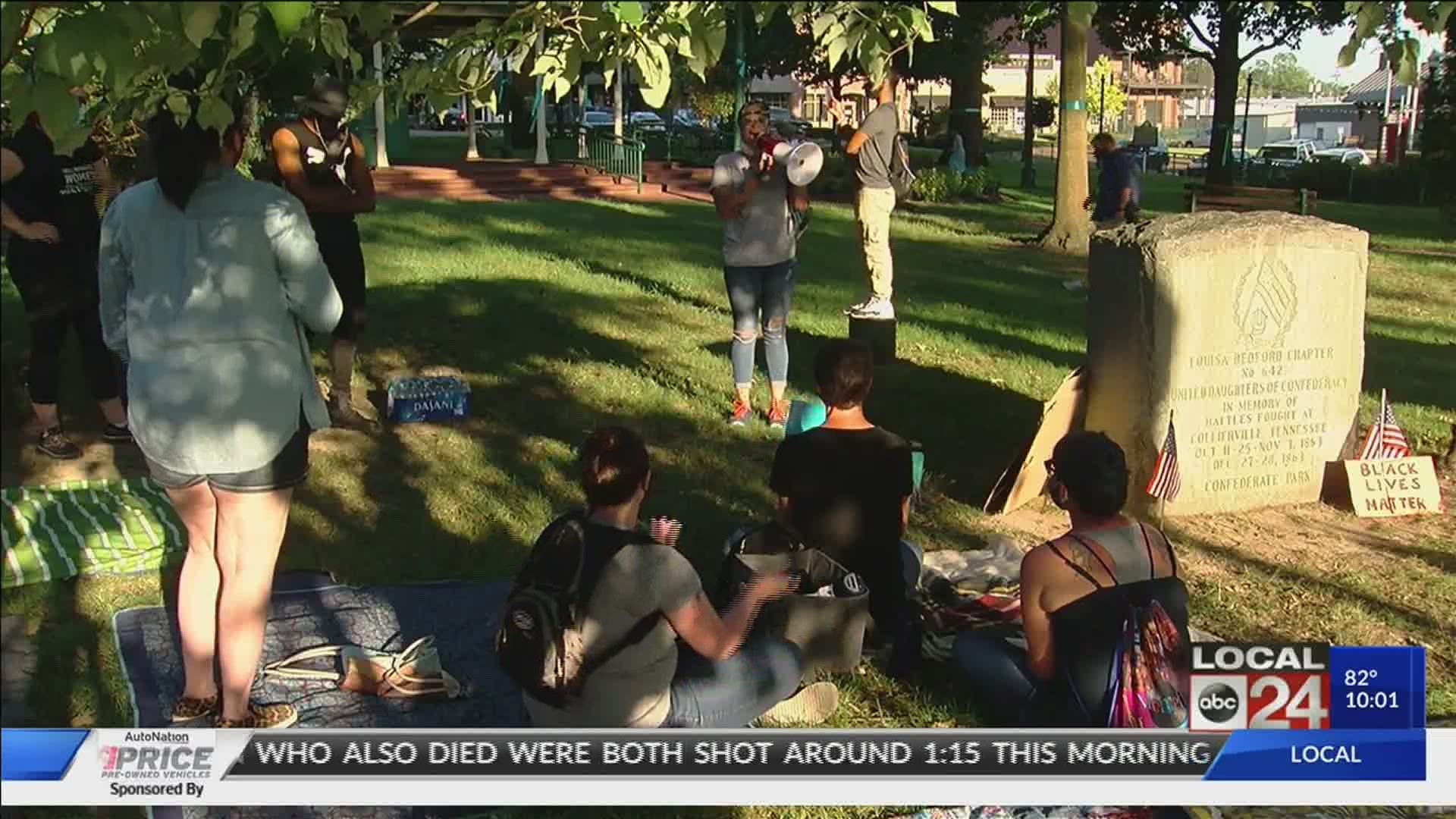 The marker was erected in 1940 by the United Daughters of the Confederacy and has engraved on it "Confederate Park" as a reference to its location. The park is now known as "Town Square Park."

LJ Abraham, the organizer of the sit-in, said Shelby County deserves better than to have markers or monuments commemorating the Confederacy.

"So when y’all want to talk about my anger understand where that anger is fueled from," Abraham said.

Abraham, who lives in Memphis, said she along with a few others attended a recent Collierville city hall meeting to ask that the marker be removed. She said it is time to see this marker removed from a public place.

“It’s still the MLK movement or the Civil Rights," Abraham said. "We should be beyond that at this point.”

Chris Jordan, one of the protesters, said they were there not to cause destruction but to talk about why this marker needs to be removed.

"There’s a lot more that’s going on than that monument being there," Jordan said. "We feel that our presets have been very peaceful, so we feel that if we keep doing what we're doing then we can get this monument removed."

The protesters were surrounded by upset Collierville residents who do not wish to see it go. The sit-in got heated when a counter-protester was arrested for allegedly slapping a phone out of a woman's hand.

“It’s still the MLK movement or the Civil Rights. We should be beyond that at this point.”
LJ Abraham, the sit-ins organizer, says Shelby County deserves better than having Confederate monuments in public places.@LocalMemphis pic.twitter.com/I1DyJumuho

One of the Collierville residents said she grew up in Collierville and this monument does not represent racism in their town.

"Why I’m so upset?" a Collierville resident said. "It’s because we never had racists out here."

She, along with others, are asking "why now" since the monument has been there for 80 years. Some of the counter-protesters said they were there to make sure nothing bad happened to their town square.

"This is my town," a Collierville resident said. "We grew up not knowing prejudice. Growing up we were a mixed school, but we didn’t know it."

Jordan said this time is different.

"Today it is more of a major issue than it was 20 years ago," Jordan said. "Twenty years ago, it was a different generation as well."