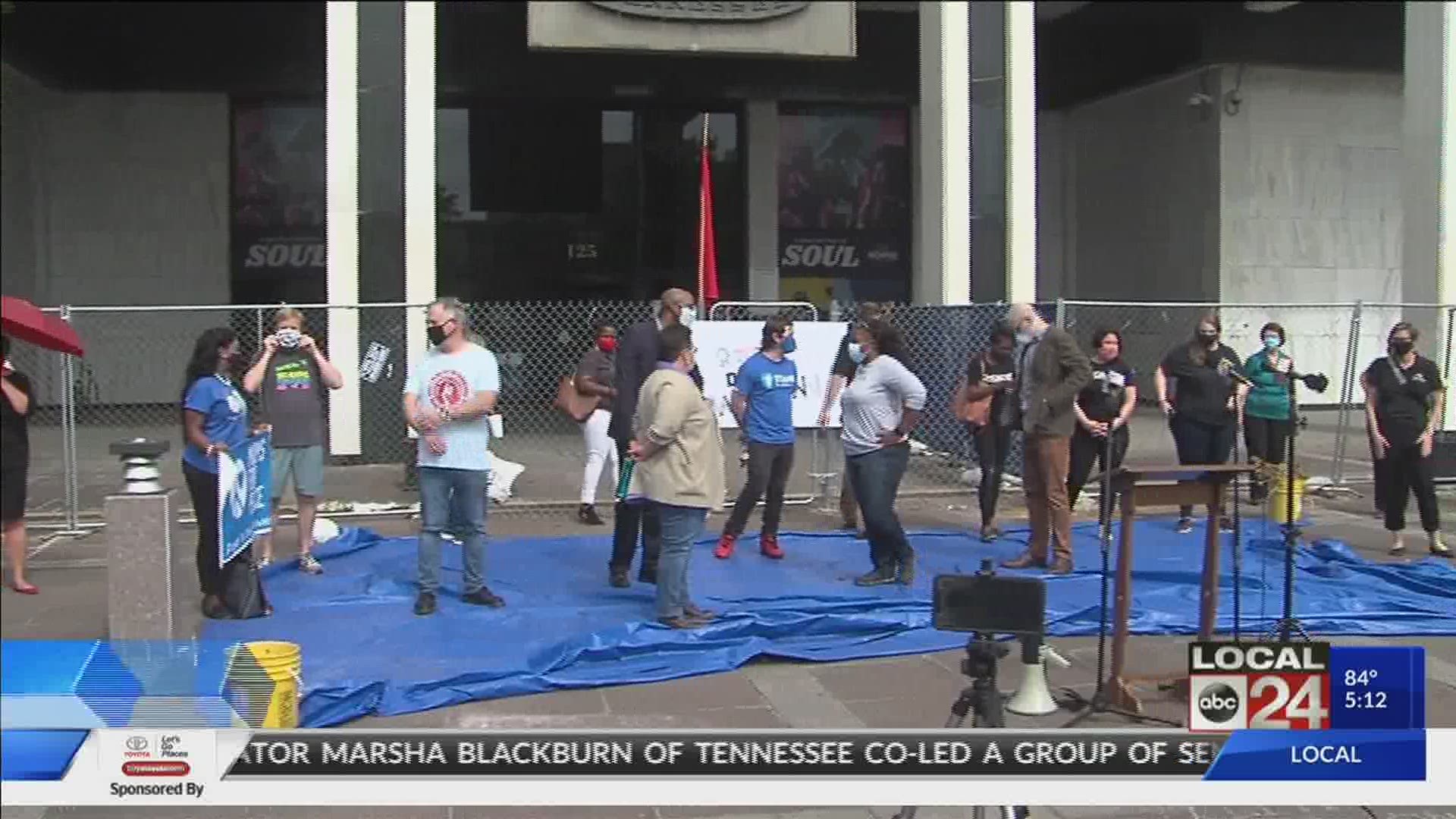 The People’s Garden looks like some holes in the dirt. The group protesting police violence is staying on the Memphis City Hall Plaza and apparently felt they needed fresh garden stuff.

A group called Memphis Nonprofits Demand Action showed up, and just like the name says, they’re demanding action. Sarah Lockridge-Steckel of the group says they want to take money from the police and put it into programs and education.

They want assurances police are being told to use non violence when in situations. They want more money, and subpoena power for the Civilian Law Enforcement Review Board. They demand police administrators give CLERB members information they requested. And, Lockridge-Steckel said, “We renew our call for all charges to be dropped against people who were exercising their First Amendment rights to peaceful protest.”

The group says Memphis priorities seem out of whack.

“While we’ve defunded education on the City side, over the last 5 years we have also seen an increase in the police budget,” Cardell Orrin said.

Police budgets have increased because Memphis remains one of the most dangerous cities in the country. Last week, Memphis Police Director Mike Rallings said there has been almost a 20% increase in homicides compared to two years ago.

A member who spoke for Memphis Nonprofits Demand Action says wait a minute.

RELATED: Memphis Mayor & MPD Director on changes being made after meeting with protest leaders

RELATED: I applaud members of the legal community for making their voices heard

The group says the only way they will meet with city officials is if they ask for help implementing their demands.

NOTE: Late Monday afternoon, Mayor Strickland replied to the group with this response.