House Bill 513 would offer immunity to drivers who unintentionally injure or kill a protester blocking the street. 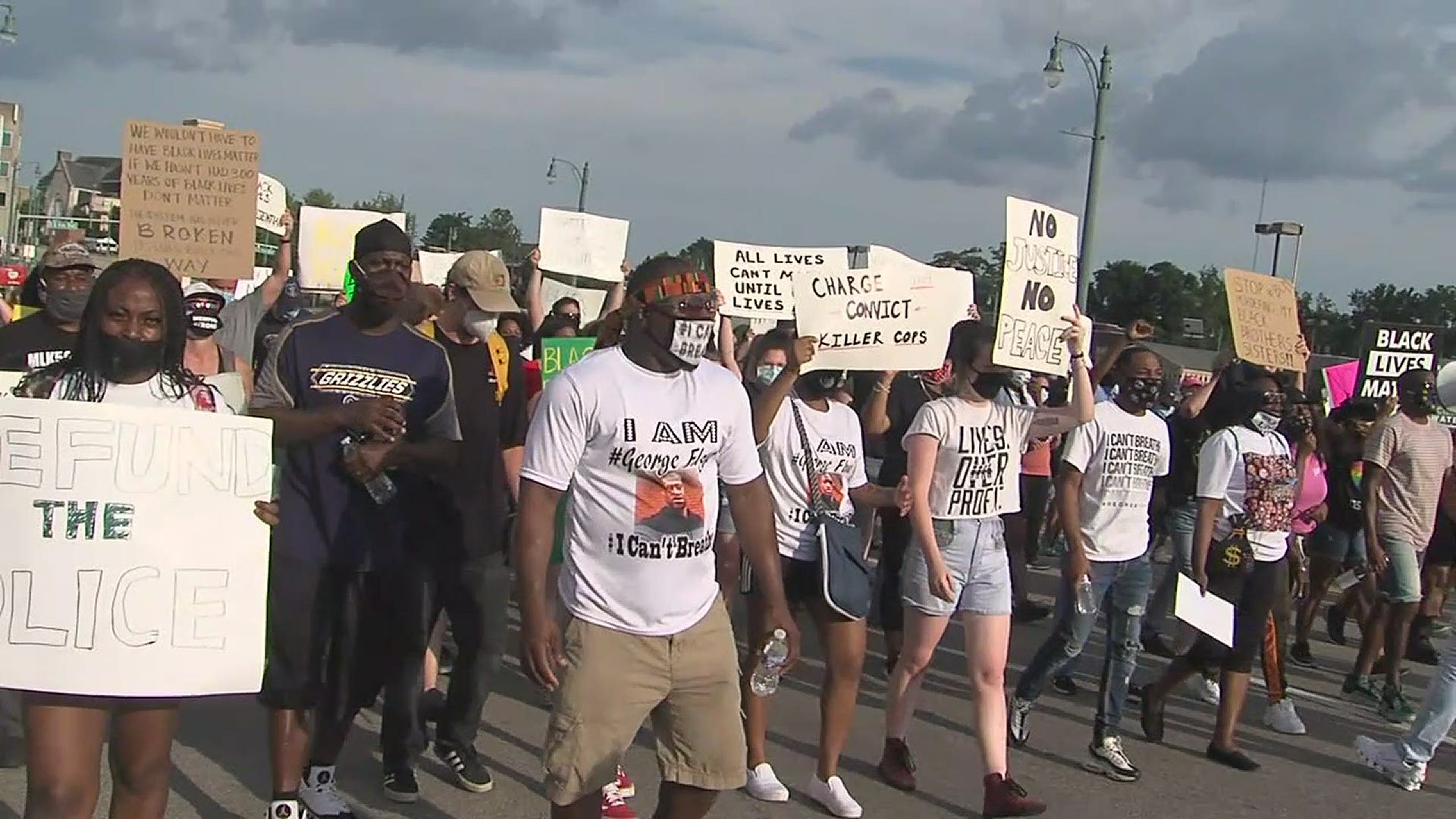 MEMPHIS, Tennessee — A controversial proposed bill that would impact protesters is making its way through the Tennessee legislature. It would increase the penalty for blocking a roadway during a riot from a misdemeanor to a felony.

After a summer of protests largely over George Floyd's  death last year – the response by Republican Rep. Ron Gant is House Bill 513. He told members it would prevent dangerous riots.

“If Tennessee’s going to be targeted, this creates a deterrent that sends a strong message that in Tennessee we’re not going to tolerate this type of activity,” said Gant during a committee session in March.

The proposed bill states it would increase the penalty for blocking a roadway during a “riot” from a misdemeanor to a felony. It would also make throwing an object at another person during a riot a misdemeanor; and if that object causes bodily harm, that person could face a felony. The bill would also grant immunity to a person operating a motor vehicle who unintentionally causes injury or death to another person who is blocking the street.

Below are points in TN House Bill 513 that which would impact future local protests. This is the legislature’s response to a year full of protests in 2020. @LocalMemphis pic.twitter.com/3sMUZRhYZt

Democratic Rep. G.A. Hardaway believes this bill would be a step backwards for first amendment rights.

“The most dangerous part of it is giving someone in a car or another vehicle the right to run over a protester and then use the excuse that I was afraid for my life,” said Hardaway.

It was in Cooper-Young where two women were injured by a driver during a protest last year – one was dragged 20 feet. Activist Erin Dempsey said they screamed out stop and turn around while Shiloh Grace said the driver clearly wanted to hurt people.

RELATED: Second driver accused of driving at protesters in midtown Memphis in custody

“There have been more aggressive actions by white conservatives in this country than we’ve ever seen during protests for black lives," said Shelby County Commissioner Tami Sawyer. 'So these are the types of bills that allow angry white people to attack our bodies.”