Memphians wonder if federal troops will be sent here 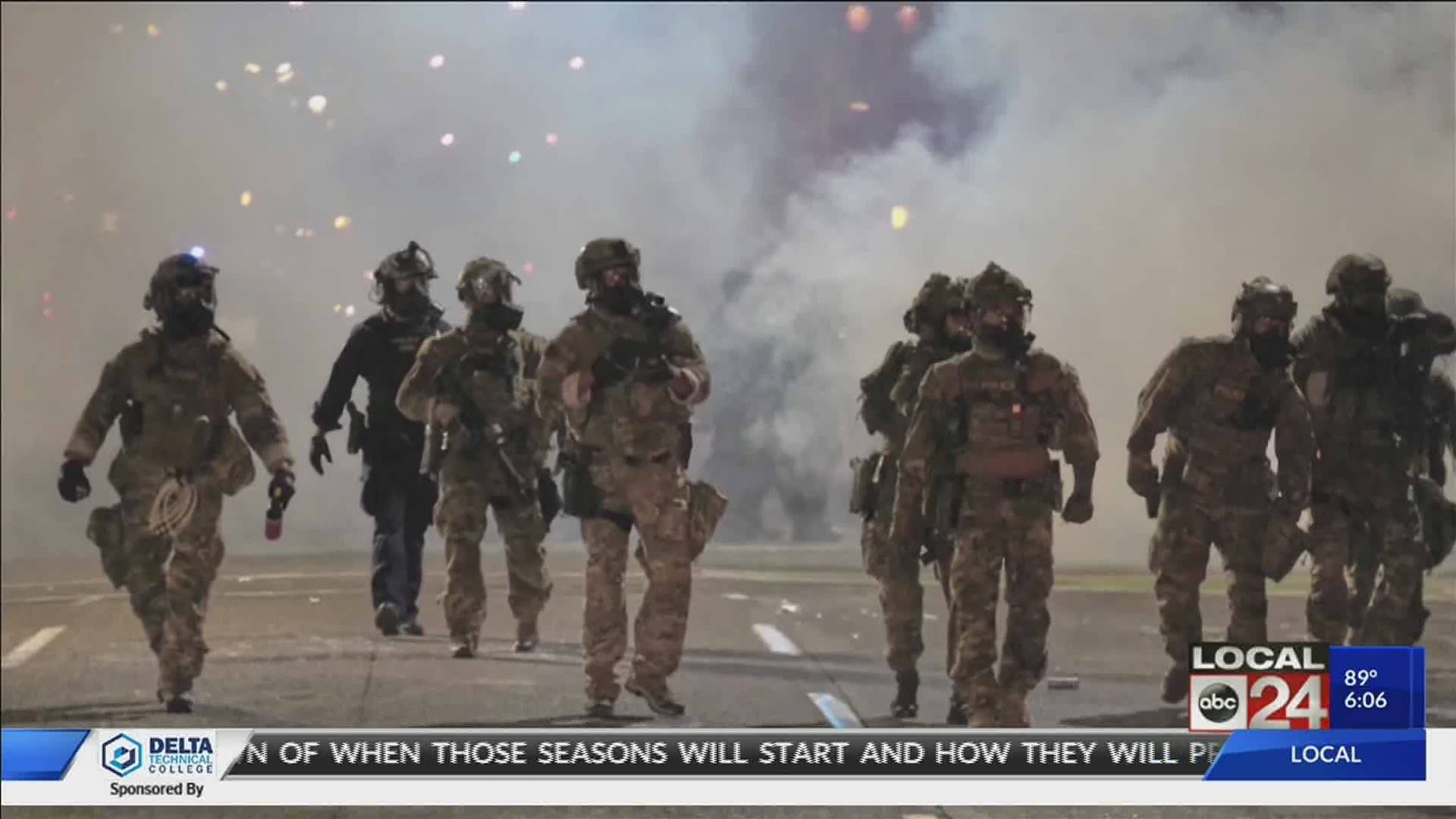 MEMPHIS, Tennessee — With federal agents deployed at Portland protests, Memphians are wondering if the feds could be coming here next?

Social media has been a buzz with people wondering if Memphis is next when it comes to Trump sending federal troops into a city.

By now you have seen the imagines coming from Portland, Oregon, of unidentified federal agents clashing with protesters. It's not just Portland. Wednesday, President Trump announced he was sending federal agents to Chicago and Albuquerque to quell violence there.

"I will say that this situation, sending federal troops into several cities simultaneously to deal multiple unrest in different cities, really is historically unprecedented. We really haven't seen anything like this before," said Steve Mulroy, University of Memphis law professor.

We asked Mulroy if he thought Memphis will see a federal surge. Mulroy said anything can happen but added, it seems unlikely.

"Protests in Memphis haven't been as large, this far out or violent and fraught  with conflict, so hopefully not seen as the  intervention needed," said Mulroy.

On social media, there has been chatter about Memphis because last December "Operation Relentless Pursuit" was launched in Memphis and 6 other cities. The operation includes all 4 Department of Justice agencies in collaboration with Memphis police and the Shelby County Sheriff's Office to crack down on crime. It appears the Memphis surge is just social media speculation.

Thursday, US Attorney Michael Dunavant said in a statement, "The recent surge in federal agents and resources in other cities including Kansas City, Chicago and Albuquerque under "operation Legend" as well as federal operations in Portland are separate and apart from operation relentless pursuit efforts against violent crime here in Memphis."

We also asked Memphis Mayor Jim Strickland if he has heard any rumblings of a federal surge in Memphis. His response?

"Not one word. Not one rumor. I have heard nothing."