A diverse gathering of hundreds of doctors and students showed solidarity, expressed concerns, and offered solutions 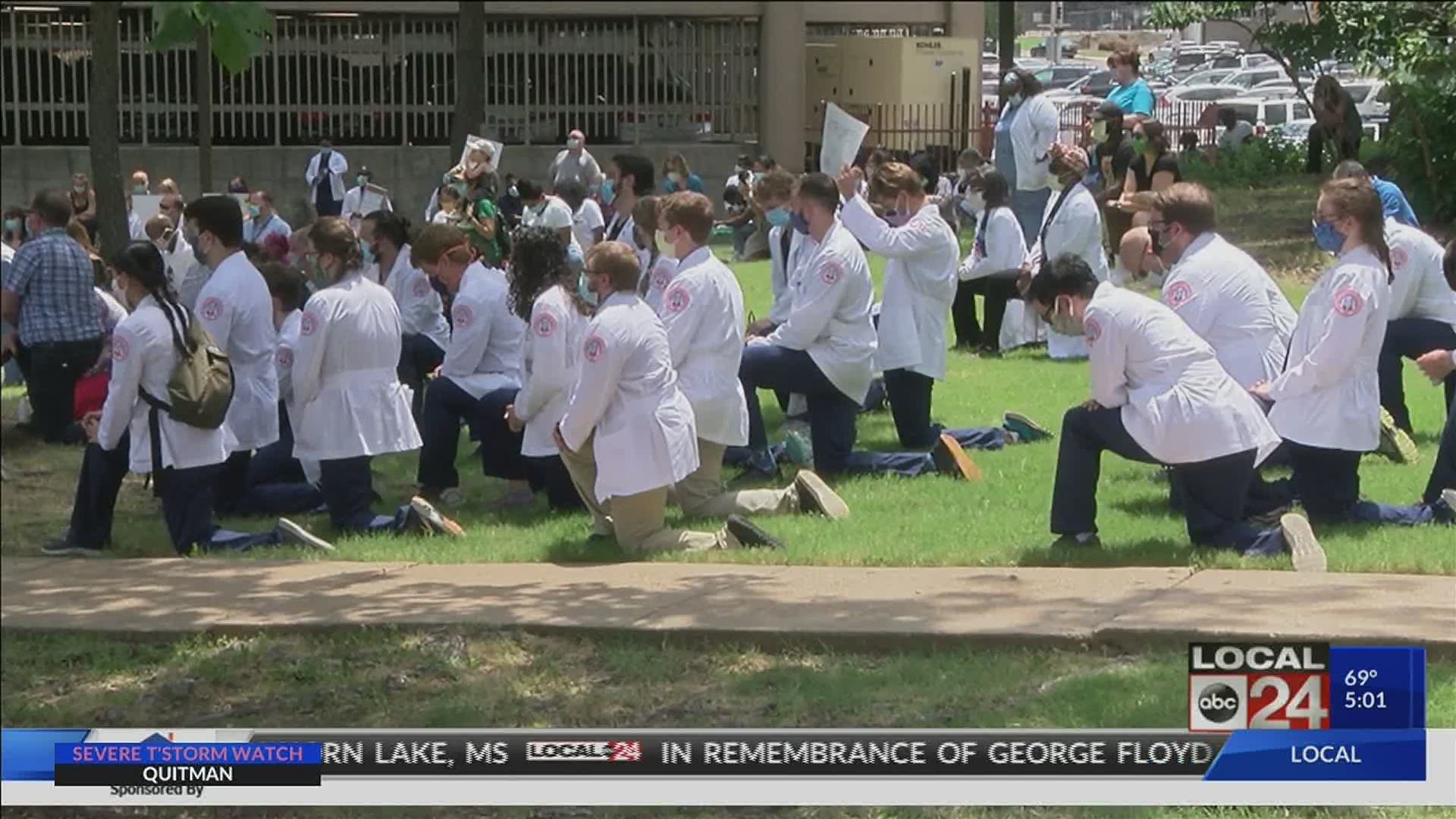 MEMPHIS, Tenn. — After more than a week of activism and demonstrations across the Mid-South, Friday afternoon, a new group made their voices heard: Memphis’ medical community.

To honor Floyd, the group kneeled for several minutes as Memphis medical students paid tribute in one color with one voice: white coats for black lives.

"We are taught in medicine the practice of protocols but we forget about the humanity,” Dr. Otis Anderson III, a Memphis psychiatrist, said.

Participants proclaimed ‘hate has no place’, following the death of Floyd and countless other African-American victims by police officers.

"We are tired, we are frustrated but we also understand that part of the solution is actually identifying the problem,” Dr. Anderson said.

Aside from racial injustice, speakers addressed what they see as implicit bias in health care. 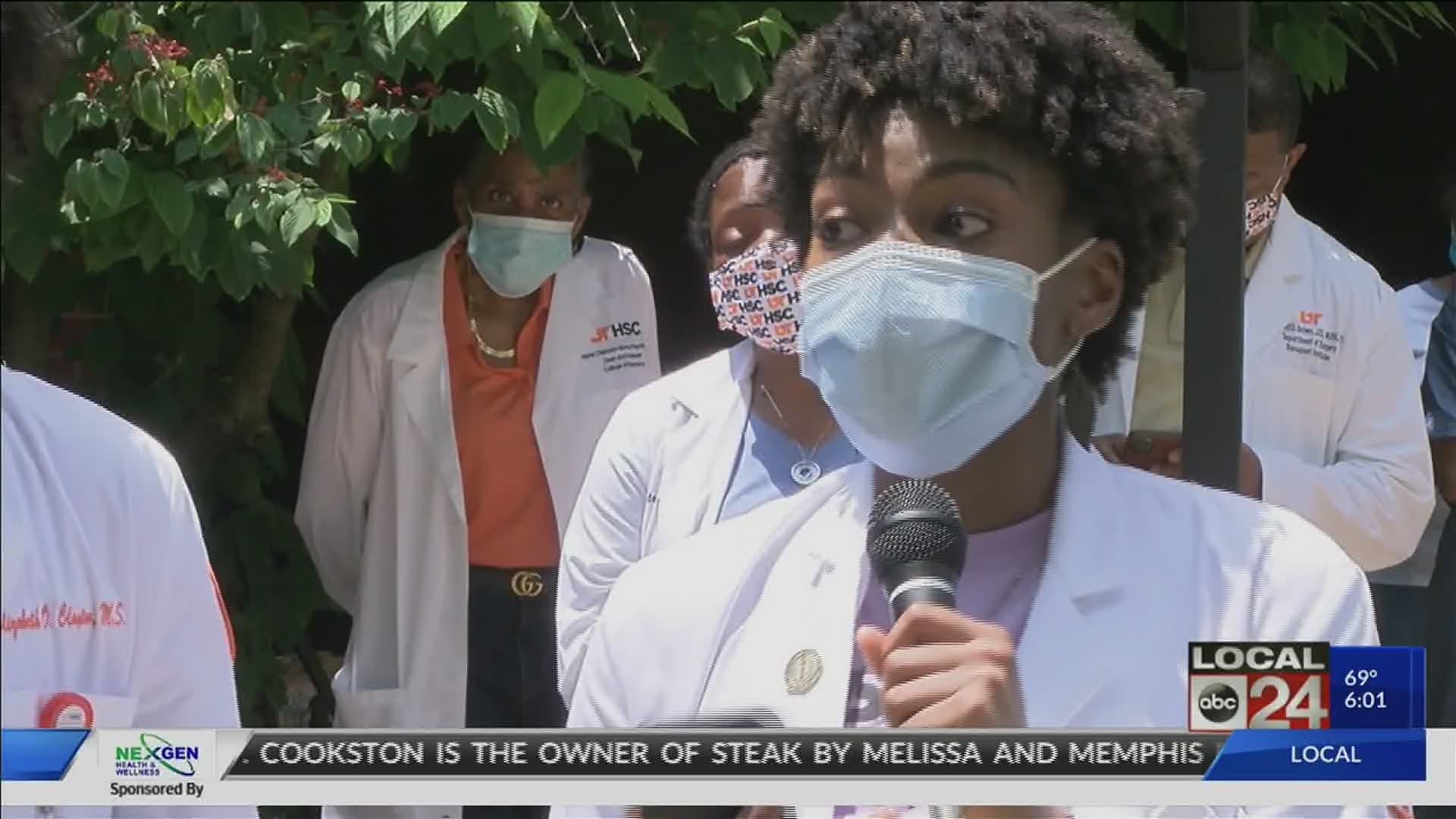 "We cannot address it if we don't face it head on,” one speaker said.

Other organizers spoke out against multiple crises adversely impacting the African-American community simultaneously.

RELATED: Puppy at center of controversial viral video is alive

RELATED: Protesting against systemic racism and fighting for equal justice are important and so is voting

The diverse gathering also enlightened those in other ethnicities who showed support.

"I think dialogue is extremely important and keeping it going with events like this,” UTHSC medical student Madison Perchik said.

"I really brings a light of hope that things could possibly get better and hopefully this momentum can build,” UTHSC medical student Gene Lamanilao said.

Organizers said Friday's demonstration was much larger and much more diverse compared to an event about 30 years ago, when Memphis medical students held a similar gathering in wake of the Rodney King trial verdict and Los Angeles riots.