Protesters are protected by "freedom of speech" and "freedom to peaceably assemble." 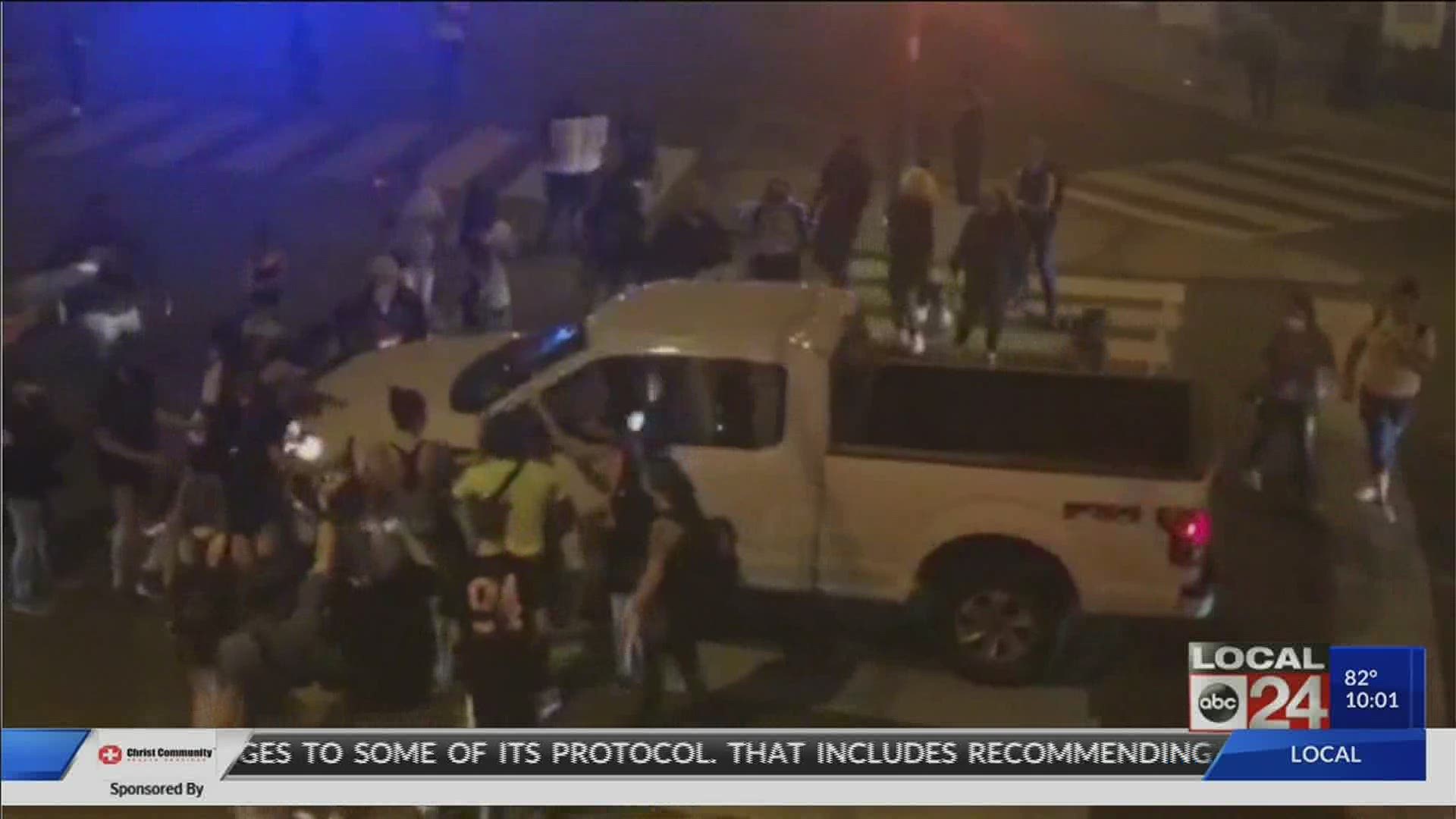 Attorney Kevin Snider explained protesters are protected by the First Amendment in which they can peacefully assemble. He said if protesters are in the street blocking traffic, but do not incite a riot, their presence is lawful.

"Anytime somebody is involved in an organized protest they are entitled to the fullest extent of constitutional protections," Snider said.

Snider said if protesters maintain peace and keep their protest on public property they most likely will not be cited with any violation.

"If there’s a clear and present danger of inciting a riot or inciting other issues the police can ask you to disperse that area," Snider said.

Saturday night, the driver of an F-150 truck continued to drive into protesters near Madison and Cooper in Overton Square. No one was hurt, but the driver, William Day, has been charged with reckless endangerment and reckless driving.

"You’re in charge of a multi-thousand-pound vehicle against a pedestrian on the street and you’re not going to be given any benefit of the world," Snider said.

Witnesses tell Local 24 News some of the protesters began to punch the driver through his window before he was arrested. Snider said if at any time a situation deteriorates and could be dangerous police officers can tell you to move.

"I think the only situation that would be a little different is if you’re in your vehicle and surrounded by violent, angry protesters and you were acting in some type of self-defense to try and get out of the situation," Snider said.

If officers ask protesters to move to the sidewalk, it is best to obey their request if it is reasonable.

"Certainly nobody wants to restrict free speech but at the same time we’ve got to do it peacefully and we got to do it without anybody getting hurt or inciting the situation," Snider said.