Small but passionate group starts their protest at the National Civil Rights Museum. 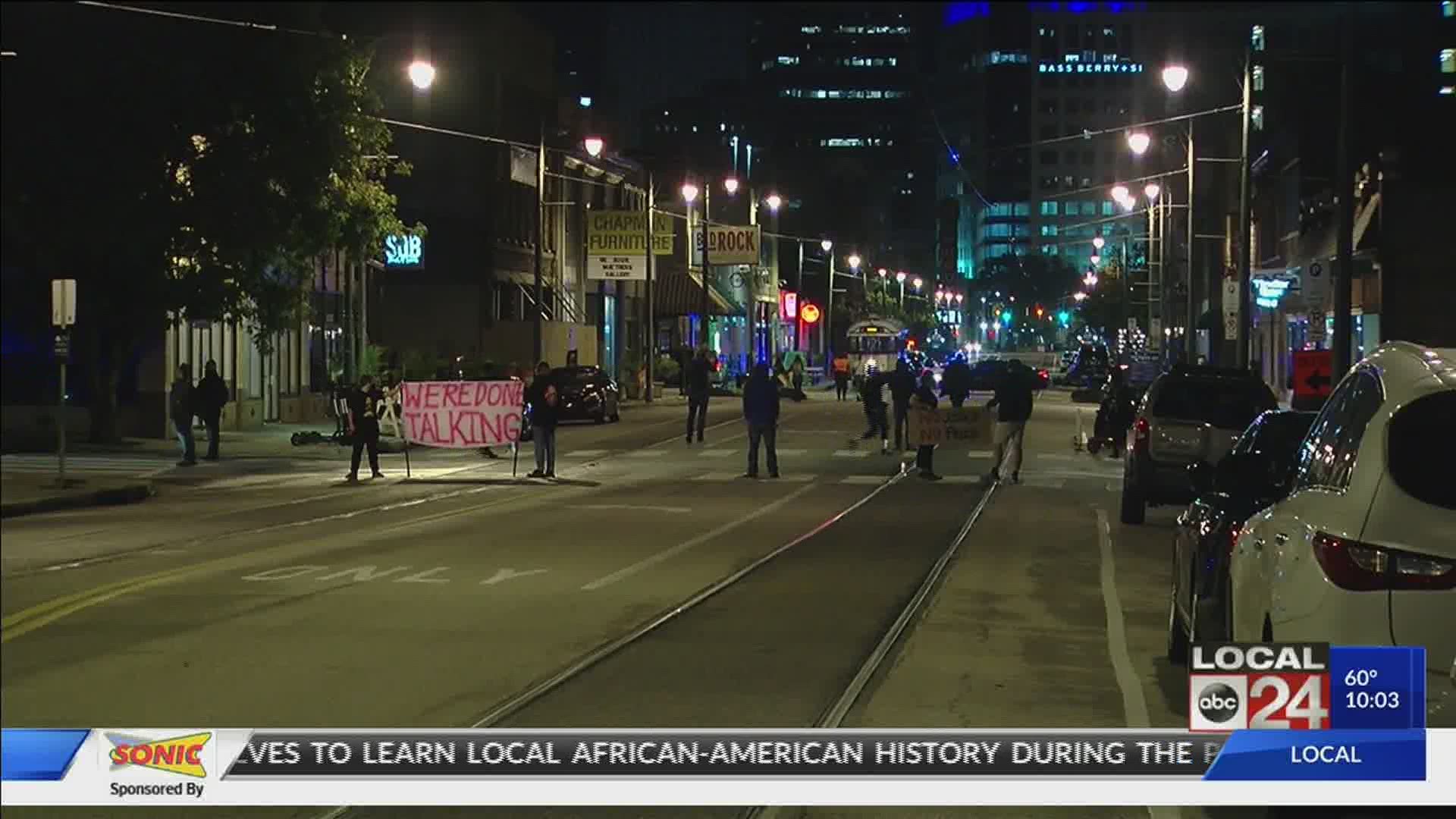 Continued unrest across the country after the Louisville police officers who fatally shot unarmed black woman Breonna Taylor were not charged in her death.

One of the officers is, however, charged with Wanton Endangerment for recklessly shooting into the home next to Taylor’s.

Wednesday, a group of around 20 protesters walked through the streets of Downtown Memphis to speak their frustration over the ruling in the death of Breonna Taylor.

The protesters were on South Main street near the National Civil Rights Museum closing the road to cars and the trolley. About a dozen Memphis Police cars were out blocking off a two-to-three block stretch of South Main to any cars.

Protesters were frustrated and emotional as the chanted “Say her name” in honor of Taylor. These protesters are just a few of the thousands across the country speaking out against the ruling in the Breonna Taylor case.

HAPPENING NOW: A small group of protesters is walking through downtown #Memphis to protest the lack of charges in the #BreonnaTaylor case. @LocalMemphis #JusticeForBreonnaTaylor pic.twitter.com/XG34UiesNC