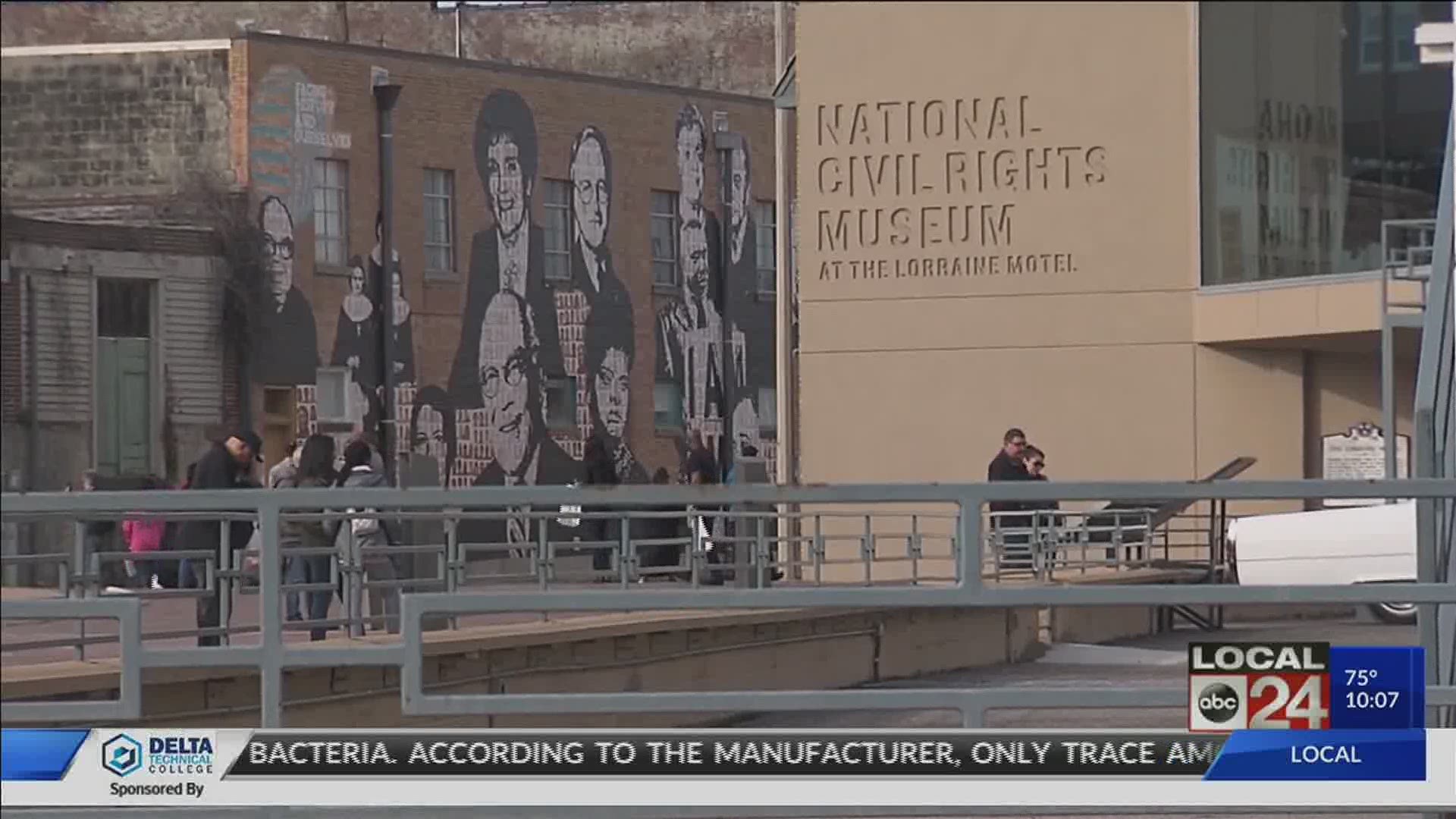 As tensions continue to rise and play out in the streets across the country, many are looking for guidance as to where to go from here. For years, the National Civil Rights Museum has stood in Memphis offering a vast history lesson of our country's struggles.

During this time, it's also served as a place of peaceful protests.

Local 24 News spoke with the president of the museum, Terri Freeman, who says it is meant to be an oasis in a turbulent time. During times of protest the National Civil Rights museum in Downtown Memphis has stood as a backdrop to peaceful protests.

Leadership of the museum says that's what it's here for and so much more. If you find yourself with questions as to how and why we've come to such a  moment in our time, you need only look at the history within its walls for enlightenment.

The Lorraine Motel balcony, where a wreath marks the place where the nonviolent civil rights leader Martin Luther King Jr. was assassinated more than 50 years ago, is but a taste of stories inside of those who fought for equality.

RELATED: Memphis chapter of NAACP urges protesters and public to abide by curfew

RELATED: Another night of protests in Memphis

"This is symbolic of them, representative of them, and as such the space should be treated with a certain reverence," said Freeman.

She also points to an understanding between protests and the destruction of riots, which, to be clear, she does not condone, but understands the pain of people being ignored by justice.

Deadly incidents where homes and lives of black people were violently wiped out by white mobs.

"All of these instances where Black folks said, 'fine, leave us alone. We'll build our own.' And when we built our own it was destroyed because it was thriving too much."

Freeman says for healing to happen, it's going to take the cooperation of community leaders, law enforcement, and business owners to talk things out something she feels we're in no place for, but the key to that conversation is those who have been affected by injustice.