Tour promoter said Soulja Boy will not perform in Memphis and St. Louis this weekend 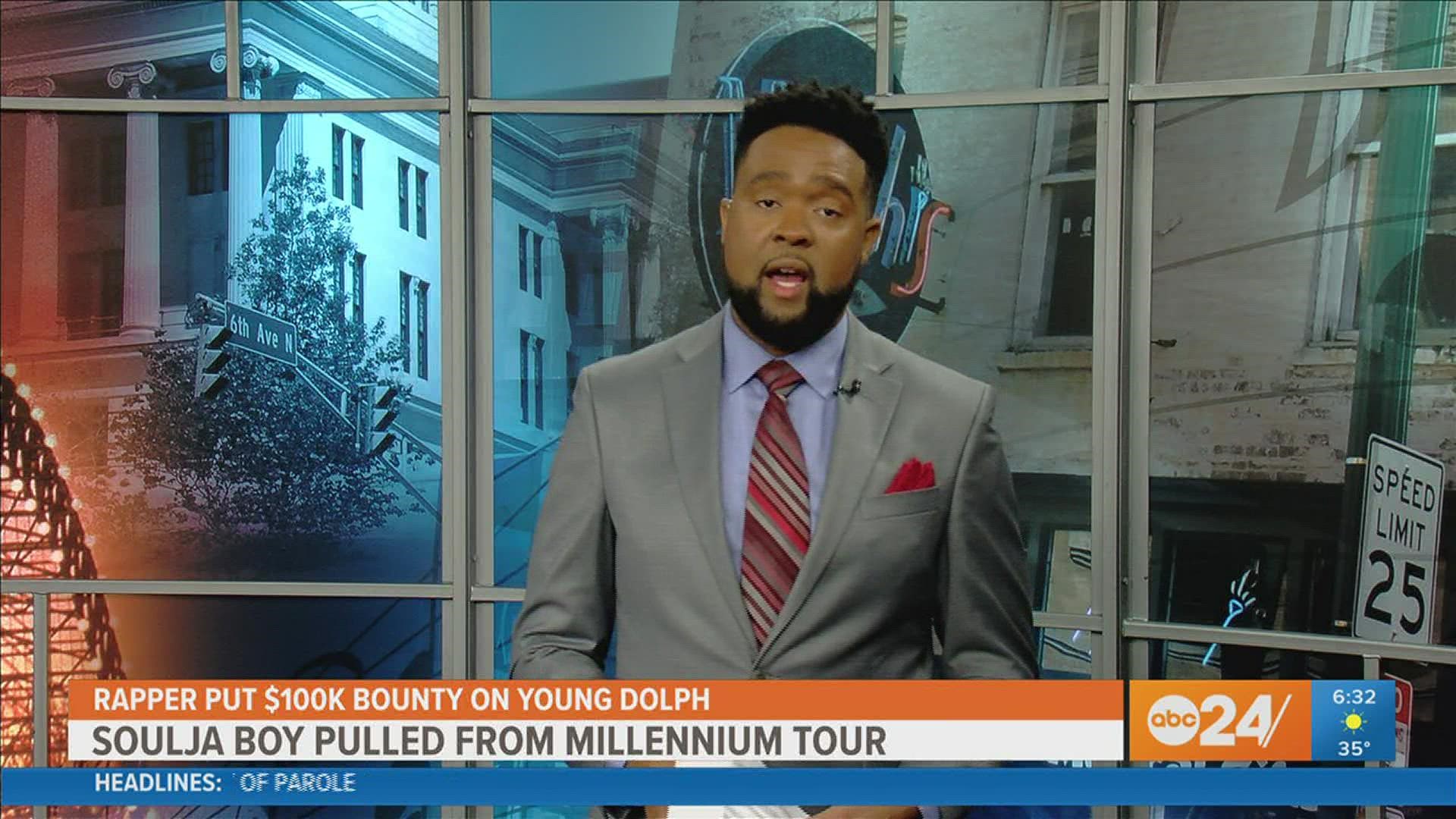 MEMPHIS, Tenn. — Rapper Soulja Boy will not perform as part of the Millennium Tour concert in Memphis on Sunday, November 21.

According to the tour promoter, Soulja Boy was dropped from the weekend's performances in Memphis and St. Louis after backlash online following the killing of rapper Young Dolph in Memphis on Wednesday.

G-Squared Events said, "To preserve the safety of The Millennium Tour 2021 artists and patrons, tour representatives are exercising caution and want to make a smart decision to be safe. “The safety and welfare of our patrons are the first and foremost priority.”

This comes after Soulja Boy was on Instragram live talking about putting a $100,000 bounty on Young Dolphs head, which was just days before Dolph's death.

Tour fans are encouraged to contact the local venue for more information.