The City of Memphis stopped recycling in December citing the COVID-19 pandemic. 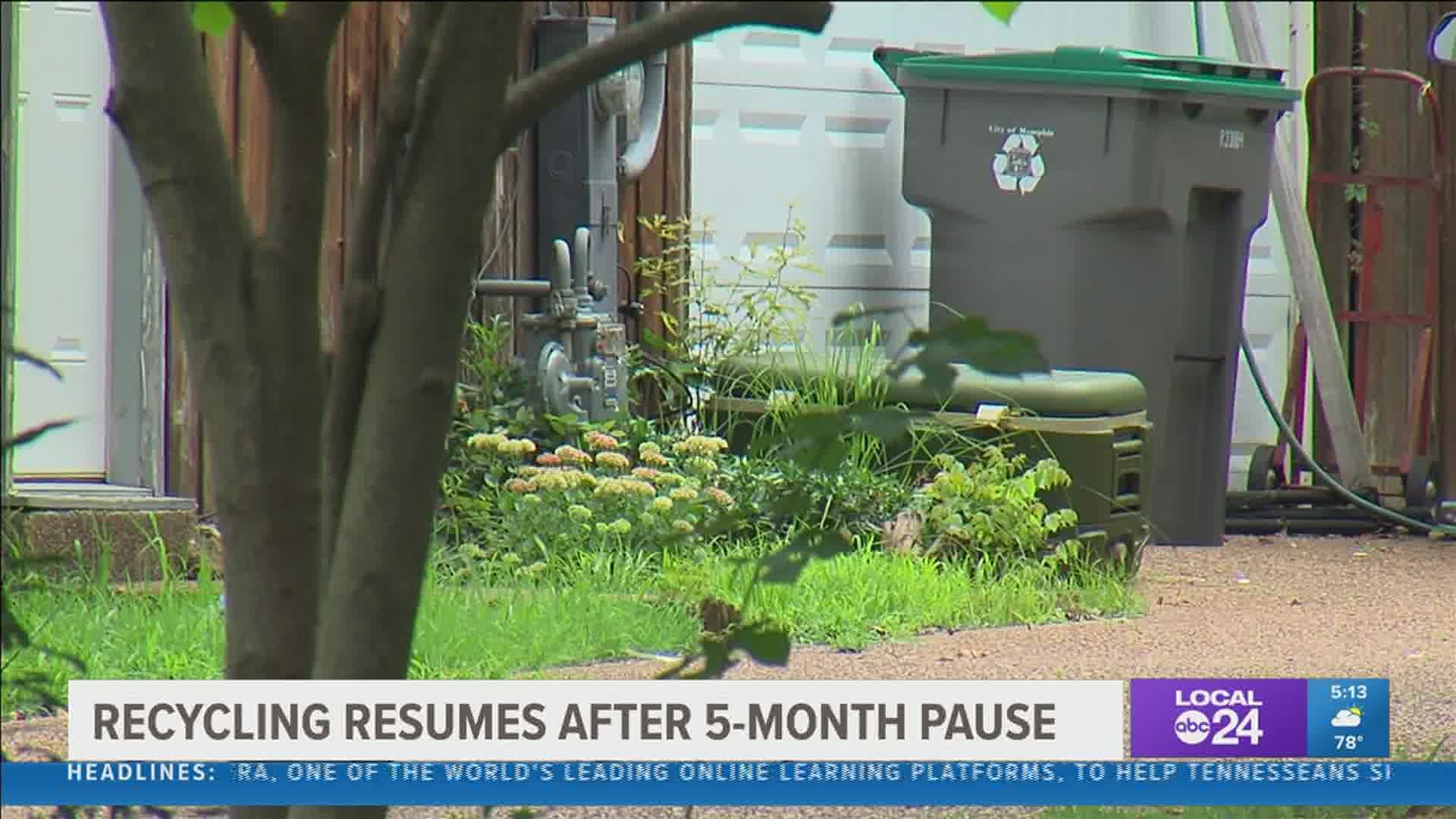 MEMPHIS, Tenn. — For the first time in five months, Memphians can take their recycling bins to the curb to have items recycled.

In early December, the City of Memphis announced the suspension of recycling due to the pandemic. The city reported waste employees couldn't keep up with the workload due to staff with COVID-19 or in quarantine.

“I was of course disappointed because it is a socialized progressive program that needs to be incorporated into the fabric of our community," Mike Larrivee, an advocate for recycling waste and founder of The Compost Fairy said.

April 6 will be the first morning recycling bins won't be tossed in with the trash. People living in areas of Memphis where waste services are contracted out will have recycling resume at the end of the month, a city release said.

“It’s very important that people are thinking about that stuff so fundamentally I’m really glad it’s coming back," Larrivee said.

“Once you interrupt a practice, it’s really difficult to reinitiate and they’ve got their work cut out for them that’s for sure," Larrivee said. "Division of Solid Waste have been great partners. We help them however we can from our end so education needs to happen.”

After five months off of recycling, the city is reminding people to keep in mind what can and can't be recycled.

Recycling bins should only be filled with paper, broken down cardboard, clean cartons and glass, plastic containers and aluminum products.

Items that are not recyclable that are put in the bin could contaminate the bin and result in all items being tossed into the trashed rather than recycled.

“If you’re not sure if it’s recyclable or not don’t put it in the cart," Larrivee said. "It’s better to recycle less and correctly than it is to recycle poorly and have a higher volume.”

For a detailed list of what can and can't be recycled click here. People can also download the Memphis Curbside Collection App for help on recycling.

Larrivee emphasizes people should recycle saying the city has a ways to go in improving its waste reduction efforts.

“I think it’s very important to continue that culture and make sure people are feeling somehow accountable for the costs of our material lifestyle," he said. 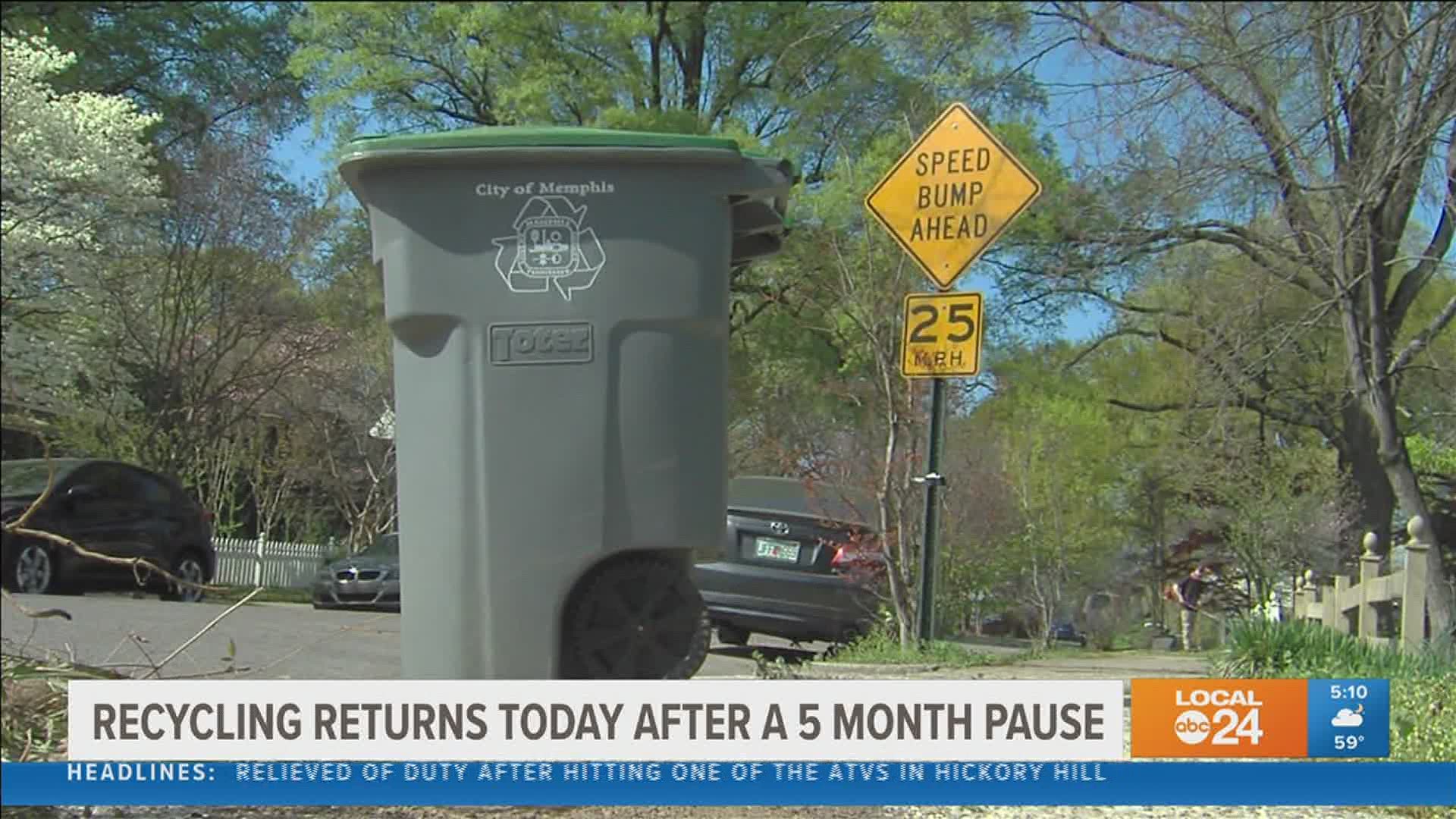