In a news conference Friday, Van Turner with Memphis Greenspace said the remains of Forrest and his wife have been safely removed. 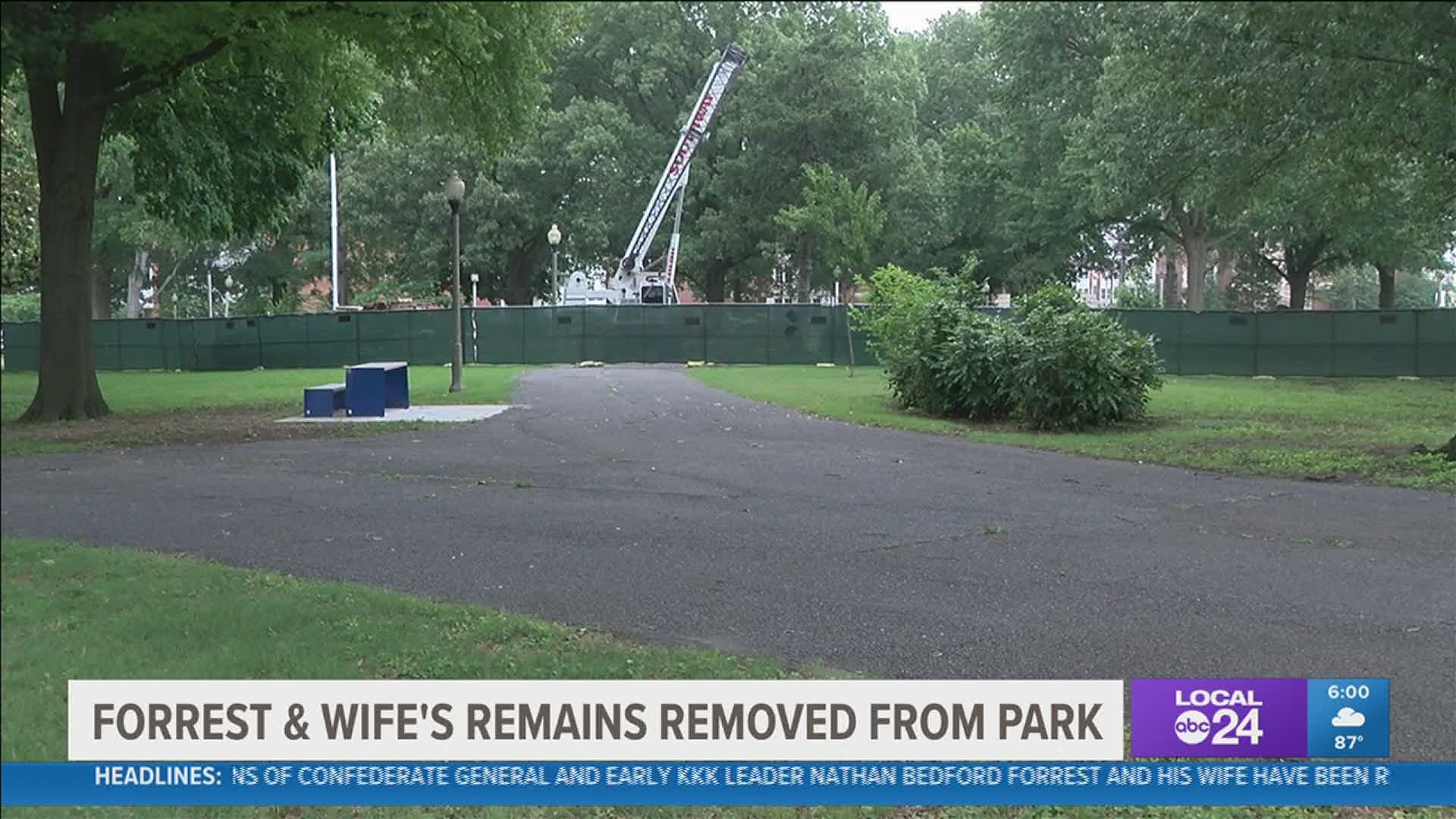 MEMPHIS, Tenn. — The remains of Confederate general, slave trader, and early KKK leader Nathan Bedford Forrest and his wife have been removed from Health Sciences Park in Memphis.

In a news conference Friday, Van Turner with Memphis Greenspace said the remains of Forrest and his wife have been safely removed. Turner said they were found at 9:01 a.m. Monday.

“We want this accomplishment today to show what we can accomplish as a city when we work together,” said Turner.

The announcement didn't come until Friday because crews wanted to make sure there weren't any additional artifacts.

Lee Millar with Sons of Confederate Veterans - who also spoke at the news conference - read a statement from Forrest's descendants and said the remains are now at an undisclosed location in west Tennessee.

"Kind of relief that they were actually where they're supposed to be, that the vaults were intact. So the family was very pleased that it had gone so well," Millar said.

Brent Taylor, a Memphis funeral director who oversaw the exhumation, said the final compromise brought the community together and didn’t tear it apart.

Turner said there was not a coordination for removing the remains before Juneteenth on June 19, but they think because the remains are no longer there it won’t be “potential flash point” for a scheduled gathering next Saturday at Health Sciences Park.

The couple was moved from their first gravesite at Elmwood Cemetery in 1904 to what is now Health Sciences Park. A statue placed at the park was removed in December 2017, following a deal with the Memphis City Council, which bought the public park in an approved deal and sold it to Memphis Greenspace.

The Sons of Confederate Veterans plan to wrap up construction work at Health Sciences Park July 1st. One that work is completed, Memphis Greenspace plans to repave the area around the former statue site of Confederate General Nathan Bedford Forrest.

BREAKING: Van Turner w/Memphis Greenspace: the remains of Nathan Bedford Forrest and his wife have been safely removed. They were discovered at 9:01 am Monday. We want this accomplishment today of what we can accomplish as a city when we work together.