Remembering 9/11: "I can still see the devastation," says Mid-South first responder who went to the Pentagon

A Shelby County K9 team member on Tennessee Task Force One remembers the search and rescue mission at the Pentagon 20 years ago. 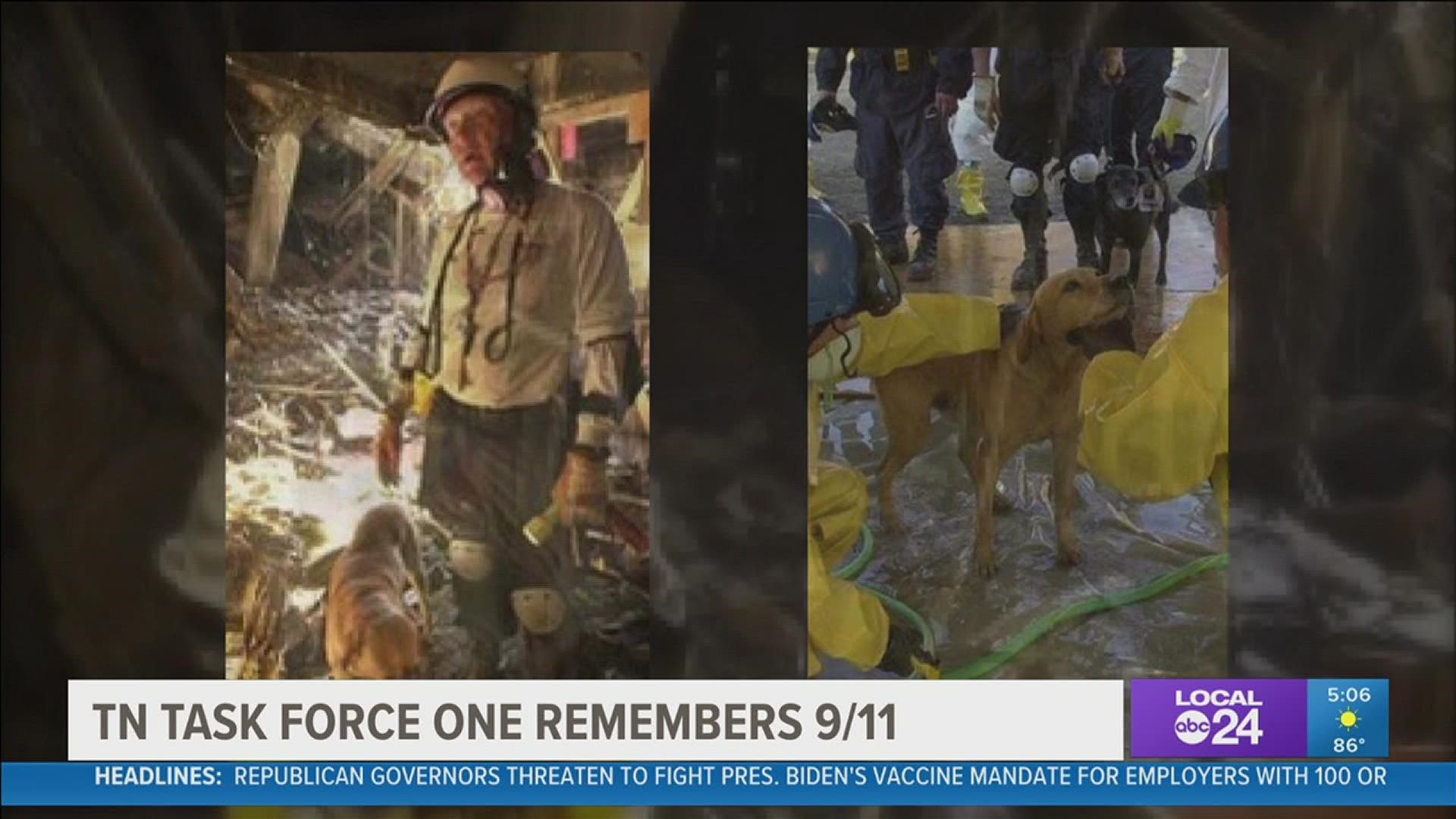 MEMPHIS, Tenn. — On the 20th anniversary of the September 11th terrorist attack, a Shelby County man has decided to share his very real memories of what it was like in the weeks after as helped with search and rescue.

Ed Apple said hours after the four commercial planes were hijacked by Al- Qaeda terrorists, members of Tennessee Task Force One were paged and told to report to headquarters.

On that day, two planes had crashed into the World Trade Centers, a third hit the Pentagon, and a fourth crashed in Pennsylvania after passengers attempted to overtake the hijackers.

Apple said about 70 first responders, mostly from the Memphis and Shelby County Fire Departments, were on busses and taken to the Pentagon to assist with search and rescue efforts.

Apple was a volunteer with the Shelby County Fire Department and K9 search specialist. Apple said he brought two of his search dogs to the Pentagon to assist.

One of the dogs was only trained to find people who were still alive, so that dog could not help in the search because it was determined no one survived.

His other dog Gus was trained as cadaver dog, so Apple and Gus spent about two weeks on the ground searching for human remains.

"I would go around and search and then mark wherever he located partial remains," said Apple.

RELATED: Opinion | Why can’t all Americans pull together - like we did after 9/11 - to fight COVID-19? | Otis Sanford

Apple, now 82-years-old, said even though the attack was twenty years ago, it feels like it was just yesterday.

A never-before-seen photo taken by a Secret Service employee: The towers of the World Trade Center after both planes strike the buildings. (Donated photo) #September11 #NeverForget pic.twitter.com/yegU1ic2W5

"It's something that really never gets out of your mind, and you learn to live with it," said Apple. "The scene was just - hardly words to describe it. It was so much devastation. There was plane parts all over. Just debris and burned debris. The feelings are really deep. Embedded in your body. The memories, the scenes, I can think about what I saw and what I reclaimed like it was just yesterday."

Apple said often as he is trying to fall asleep, the images of what he saw still go through his mind.

"I don't even have to close my eyes and I can still see the devastation and carnage that was around there. It's just hard to believe something like that could happen," said Apple, "It changes you forever, because your sensitivity level goes up. I am so much more sensitive than I was before with my feelings."

Not only did that search and rescue trip at the pentagon change Apple, he said the terror attacks changed our entire country forever.

"It's changed our whole way of life, and probably we will never get back to the normalcy as we used to know it - always gonna have this," said Apple. 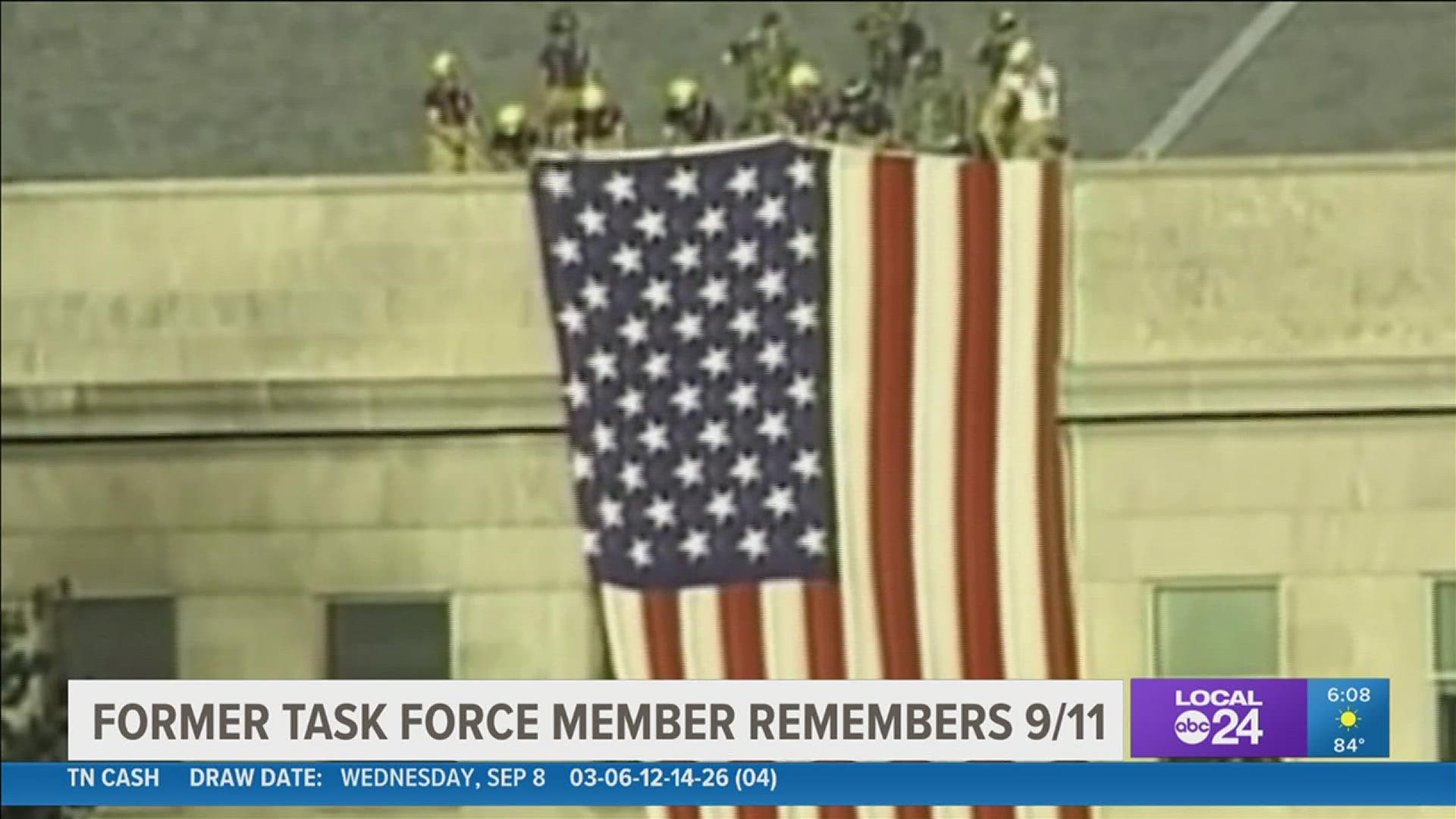