Wednesday marked the last day of school for the Shelby County Schools district. 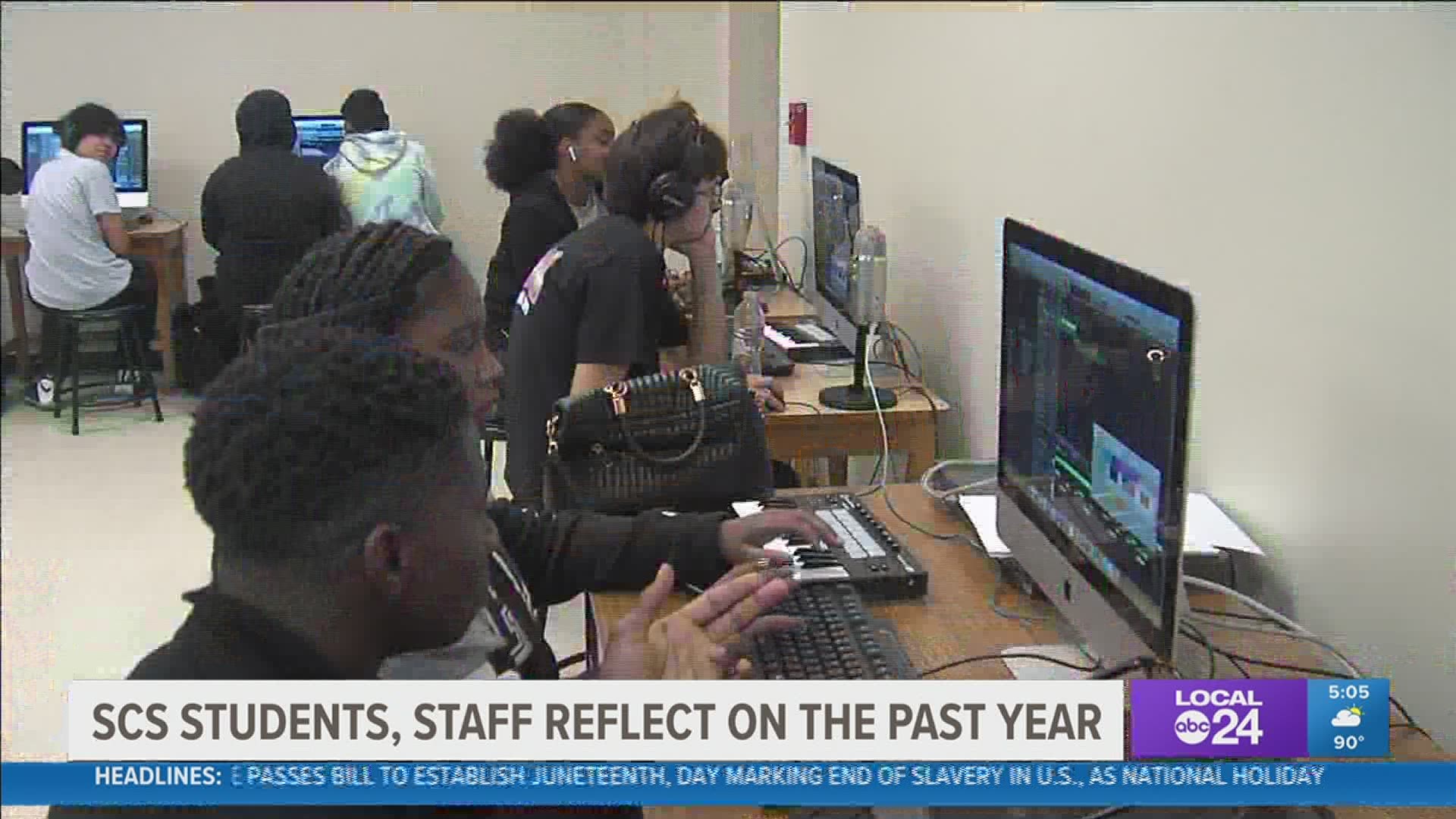 Wednesday marks the last day of the school year for SCS.

For SCS, the largest school district in Tennessee, the majority of the school year was taught virtually. Students and parents had the choice to return to in-person beginning in March.

“Learning from this year, I think I’ve learned that things work out in the end," Overton High School senior Hannah Smith said.

While a difficult year, according to students and teachers, the school year also brought triumphs and resiliency.

“I would describe it as one of the hardest yet but I would say it definitely made us a lot stronger because we were able to overcome something like this," Overton High School senior Sara Al-Boni said. "Even though it was hard, we had each other, to support one another.”

Al-Boni finished a challenging year at the top of Overton's class as valedictorian. Smith is this year's salutatorian finishing as the second-highest ranked graduate.

The two are friends that made a pack in 9th grade to finish first and second best in their class.

“Me and her both were like we are going to be one and two and just through the school years we always pushed to make our GPA higher, take higher classes," Smith said.

The hardest parts of the school year, both described, were missing out on the socialization privileges that come as high school seniors, technology challenges of learning virtually and being self-motivated.

“So much of what they had to do was take more responsibility for their education," Overton High School teacher Lisa Mitchell said. "We say we want them to be college and career ready. That’s our big thing we’re trying to do. One thing we can say is they have more of a college experience this year than they’ve ever had before.”

Mitchell teaches chemistry at Overton. She said it was a difficult subject matter to teach virtually and teachers like herself had to work harder to educate students and keep them engaged this year.

"Before, I could bring them into a lab and do something with them or just show them things, live demonstrations and you couldn’t do that this year and that made it more difficult to get their attention, keep their engagement," she said "You had to work harder to get them taught and interested."

Mitchell said during the virtual school year some of her students thrived with the independence, others really struggled.

"One of my young men, he struggled all year long, he made it, he’s going to get out, but he told me he had to get back in the building because he cannot make myself out of bed and go to class," she said.

Overton High School will have its graduation on Wednesday night.

“My take away from this year to never give up because it was hard," Smith said. "A lot of people thought the pandemic would stop a lot but as long as you keep working towards your goal you can make them keep happening through whatever.”

Mitchell said despite the challenges, she leaves the school year behind proud of her students.

“I’m really proud of a lot of my students who have worked really hard with a difficult subject," she said. They’ve proven to themselves that they can do this. That they can do whatever. You can handle this past year and a half I guess you can handle anything.”

The summer break will be a shorter one for SCS. The school year ran two weeks longer because of the schedule being altered due to the pandemic. The school board voted to return on August 9 for the next school year giving students and staff about seven weeks off.

Congratulations to the UNSTOPPABLE seniors @GHSRedDevils. Today you turn your tassels, tomorrow you change the world! #SCSSeniorsStrong pic.twitter.com/8gYUkmnltO 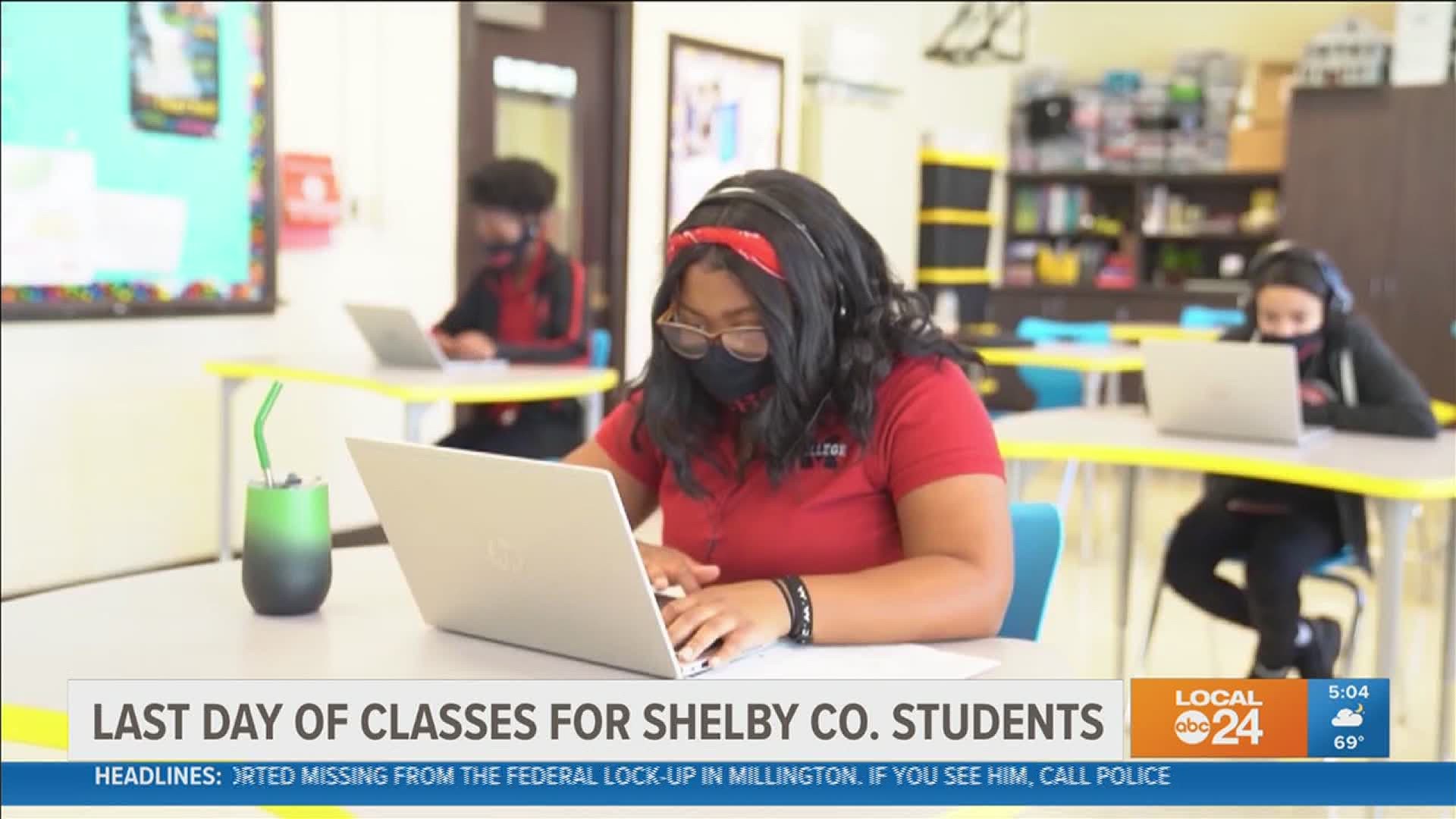