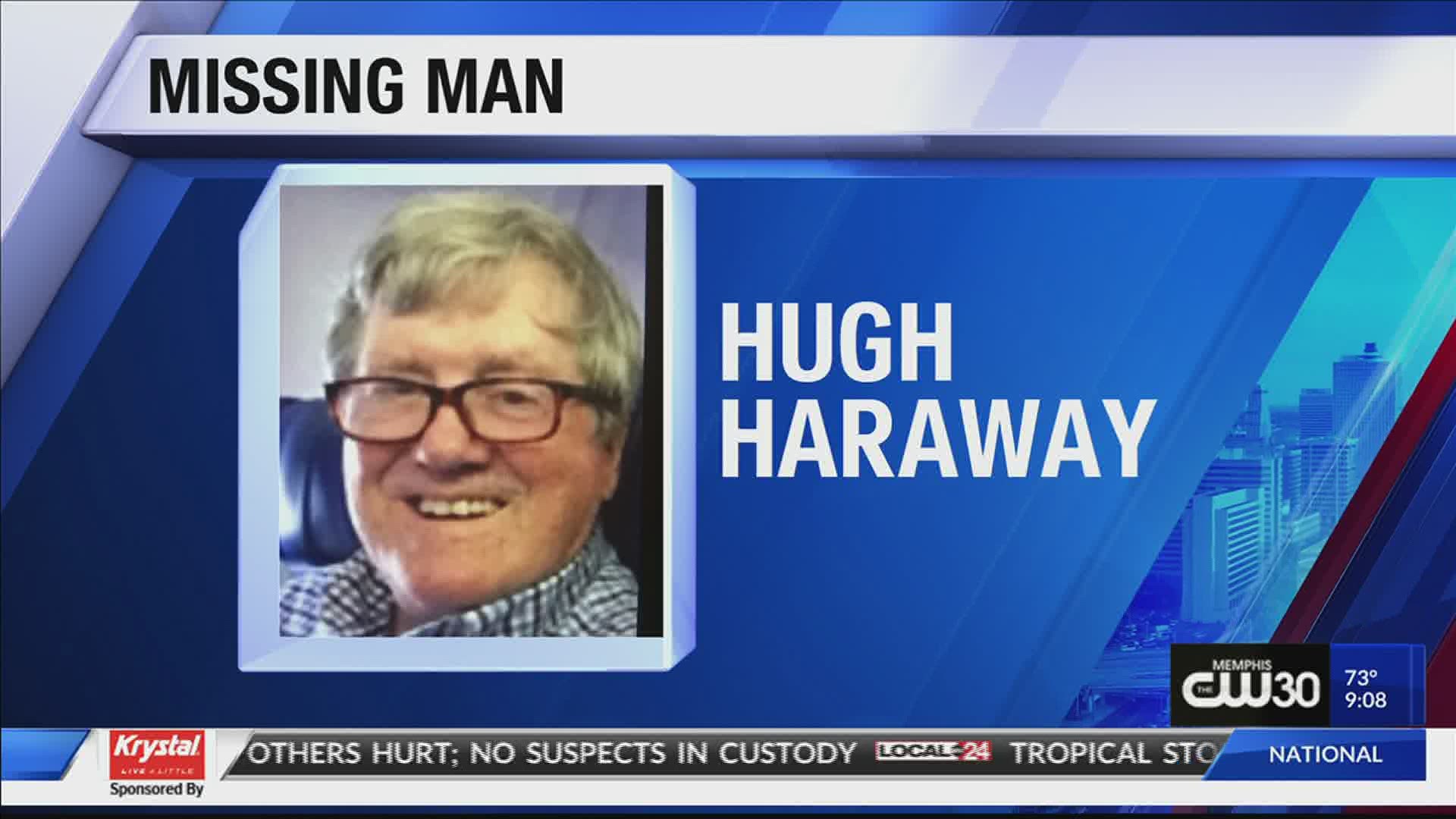 The Shelby County Sheriff’s Office is searching for a 75-year-old man who went missing Saturday.

According to SCSO, Hugh Haraway was last known to be in the area of Shelby Forest in Northwest Shelby County, when he made contact by cell phone around 4:30 p.m.

Mr. Haraway was last known to be wearing blue and gray camo shorts, a grey t-shirt and Hoka sneakers. He has salt and pepper hair, brown eyes, is 6' tall and weights 200 pounds.

He is believed to be on foot and needs prescription medication.