Thursday night, law enforcement from around the Mid-South are honoring Memphis Police officer Nicholas Blow with a "Sea of Blue." 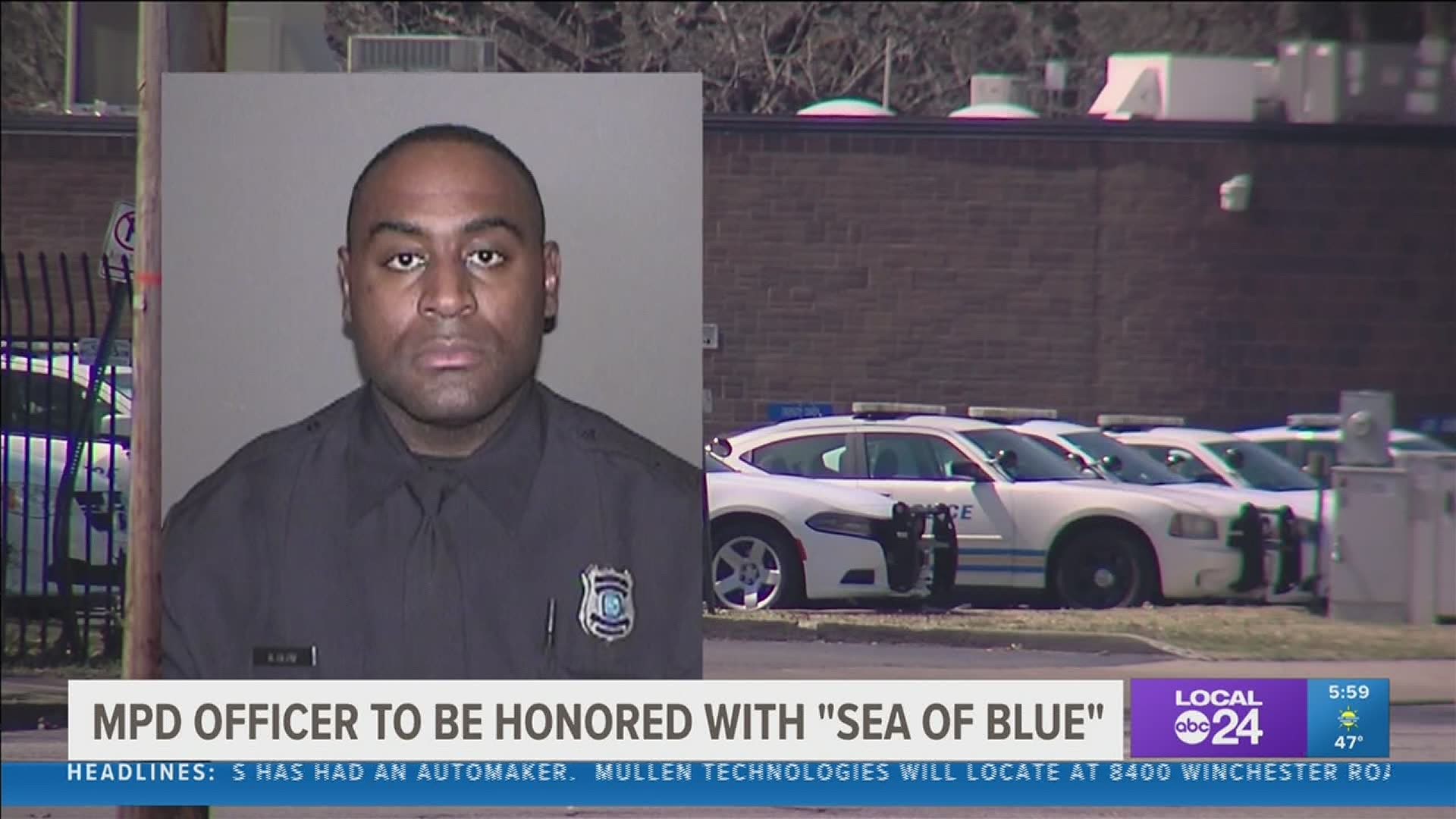 MEMPHIS, Tenn. — Thursday night law enforcement from around the Midsouth will honor Memphis Police officer Nicholas Blow with a "Sea of Blue."

Blow was killed last week by a suspected drunk driver.

House was talking about how tragic it is when officers like Memphis Police Officer Nicholas Blow are killed by drunk drivers.

Blow, an 8-year army veteran, had been on the Memphis Police Department since 2018. He was killed last week when a suspected drunk driver hit his car as he was leaving the Raines Station precinct at the end of his shift.

Hodges said she lost the love of her life, and her two-month-old child lost a father.

"You took somebody away from the family," Hodges.

The driver of the vehicle that struck off-duty Officer Blow, has been identified as Robert Earl Jackson (54). The results to Jackson's BAC returned indicating that he was intoxicated (more than twice the legal limit) when the crash occurred.

Blow was the second Mid-South police officer hit by a drunk driver in the past two months.

In February, Desoto county deputy Austin Eldridge was hit by a suspected drunk driver while helping a driver replace a flat tire on the side of the road. Eldridge survived the crash, but lost his leg.

House said while every drunk driving injury or death is tragic, when someone who has been sworn to protect and serve becomes a victim, it's especially heart wrenching.

"It's not the same as someone pulling a gun out and shooting police officer, but it is still a crime and it's still a crime or death that occurs from something that's preventable," said House.

House said there is no excuse for drunk driving.

"Almost everyone has Uber. While we may not be in New York, there are taxis you can call, a tow you can call - a tow truck to take you and your car," said House.

The Sea of Blue begins at 7:00 p.m. Thursday at Southland Mall, and heads east down Shelby Drive and then ends up at Raines Station police.