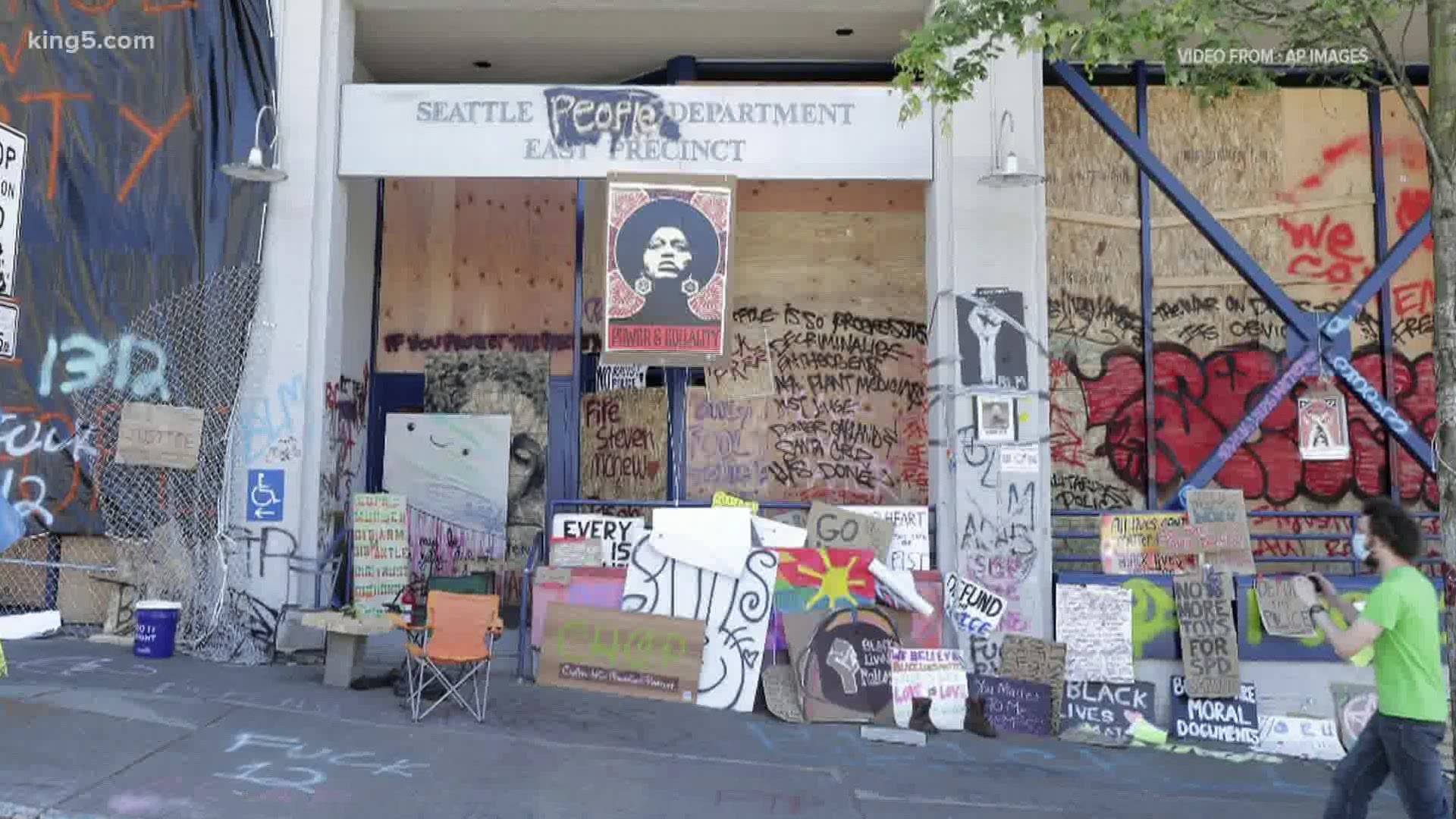 Sedition is defined as "incitement of resistance to or insurrection against lawful authority."

The report said Barr was considering criminal sedition charges against Durkan, as well as violent protesters in downtown Seattle.

"Justice Department representatives did not respond to requests for comment" about Barr's consideration of charges, NYT reports.

Durkan issued a statement following the NYT report, saying in part, "Ultimately, this is not a story about me. It is about the how this President and his Attorney General are willing to subvert the law and use the Department of Justice for political purposes. It is particularly egregious to try to use the civil rights laws to investigate, intimidate, or deter those that are fighting for civil rights in our country." Read Durkan's full response below.

The CHOP, also known as the Capitol Hill Autonomous Zone or CHAZ, included several blocks of Seattle's Capitol Hill neighborhood that were occupied by protesters following national unrest over the death of George Floyd. The area started as the CHAZ on June 8 and was cleared as the CHOP on July 1.

Seattle police abandoned the East Precinct during a portion of the CHOP occupation.

RELATED: Inside look at Seattle's East Precinct after police clear out 'CHOP' zone

"Today’s report is chilling and the latest abuse of power from the Trump administration. As a former U.S. Attorney, I took an oath of office to protect the Constitution and the rule of law. That is the bedrock of our country and why the Department of Justice cannot become a political weapon operated at the behest of the President to target those who have spoken out against this administration’s actions. That is an act of tyranny, not of democracy.

Ultimately, this is not a story about me. It is about the how this President and his Attorney General are willing to subvert the law and use the Department of Justice for political purposes. It is particularly egregious to try to use the civil rights laws to investigate, intimidate, or deter those that are fighting for civil rights in our country.

Not surprisingly, just weeks before an election this is yet another effort by the President and his administration to distract from his abject failure to lead America through its toughest challenges. He downplayed the threat of COVID-19, which has cost nearly 200,000 Americans their lives. He has done nothing to help millions of Americans facing an economic crisis, and he has threatened to withhold funding from Seattle and other American cities because of their commitment to racial justice. He also rolled back commonsense climate protections that undoubtedly have played a part in the climate fire crisis that we are currently experiencing.

I will continue to fight for what I believe is right, and I will not be distracted by these threats from meeting the challenges facing our great city: a pandemic, an economic crisis, a climate crisis, and a civil rights reckoning.”

“Throughout this lengthy period of civil unrest, I have had multiple conversations with Department of Justice leadership. They have asked for information about protest activity devolving into violence, about federal interests implicated by the Capitol Hill Organized Protest, and about the cases filed in this District regarding federal crimes. At no time has anyone at the Department communicated to me that Seattle Mayor Jenny Durkan is, was, or should be the subject of a criminal investigation or should be charged with any federal crime related to the Capitol Hill Organized Protest (CHOP). As U.S. Attorney I would be aware of such an investigation.

My office continues to work collaboratively with state and local law enforcement, including the Seattle Police Department, to prosecute federal crimes such as arson, weapons violations and the use of destructive devices. Those cases are traditionally an area of focus for federal law enforcement. The goal of my office is to strongly deter criminal acts that have no place alongside, and only endanger, those who choose to engage in constitutionally protected speech.”