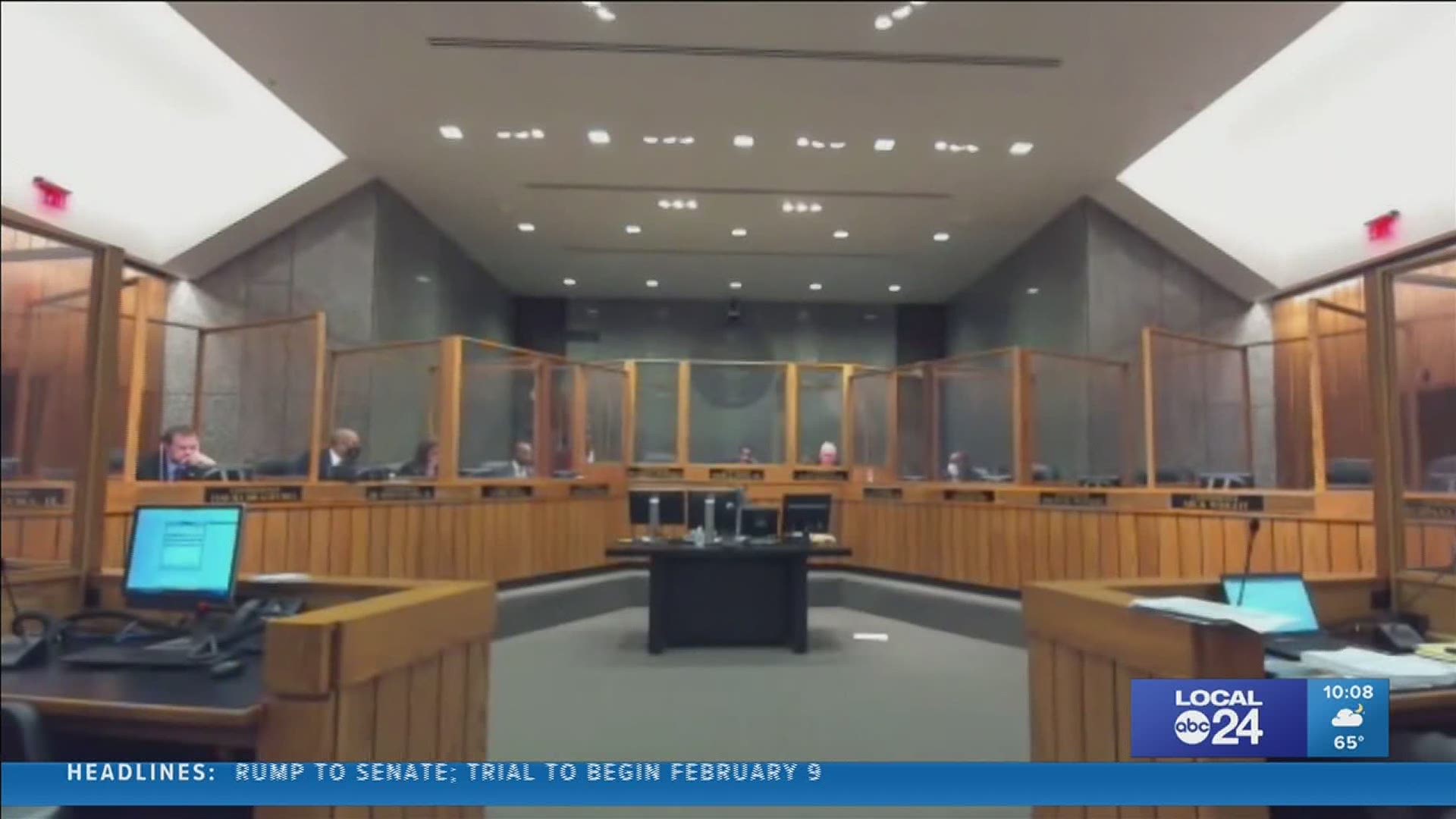 MEMPHIS, Tenn — Shelby County Commissioners were busy Monday night tackling topics from forbidding any public buildings named after Donald Trump to law enforcement reform to new resolutions that will affect all of us in the years ahead.

Matters reaching from the Nation's Capitol to Shelby County as Commissioners vote "no" to public places or buildings being named after Former President Donald Trump. There have been no proposals for such naming.

Commissioners also voted, almost unanimously, to pass a resolution condemning the insurrection on the U.S. Capitol. Only Commissioner Brandon Morrison voted to abstain.

The conversation then moved to a proposal for a six-month moratorium on those controversial "PILOT" tax breaks used as incentives to get companies to bring new jobs to Shelby County.

Commissioner Tami Sawyer feels some company's don't like up to their end of the bargain.

"Just last week the, the same day the original resolution was placed on the floor the EDGE Board passed 3 pilot programs. One of which has been highly debated for its effectiveness. Almost $20-million for over 100 jobs and then over the weekend we saw layoffs to the tune of almost 300 people laid off by a company that had received a PILOT in the past and so we know that we can do better," said Sawyer.

That ordinance goes back to committee to cleanup amendments as the County Commission prepares for a joint meeting with the Memphis City council to see study whether PILOT's give taxpayers a return on their investment.

One more issue on the table was the long debated law enforcement reform ordinance, which passed.

It would require special authorization and use limitation for purchasing military equipment and weaponry for Shelby County law enforcement agencies.

After months of discussion over the matter the Mayor Lee Harris and Sheriff Floyd Bonner came to a better understanding of the issue says Alex Hensley of the Mayor's office.

"Overall, the Sheriff's Office and the Mayors Office found more to agree on than not. It also reflects more clearly that this effort built off of the best practices that Sheriff Bonner has already implemented as well as what the Sheriff's office has done on police reform thus far."