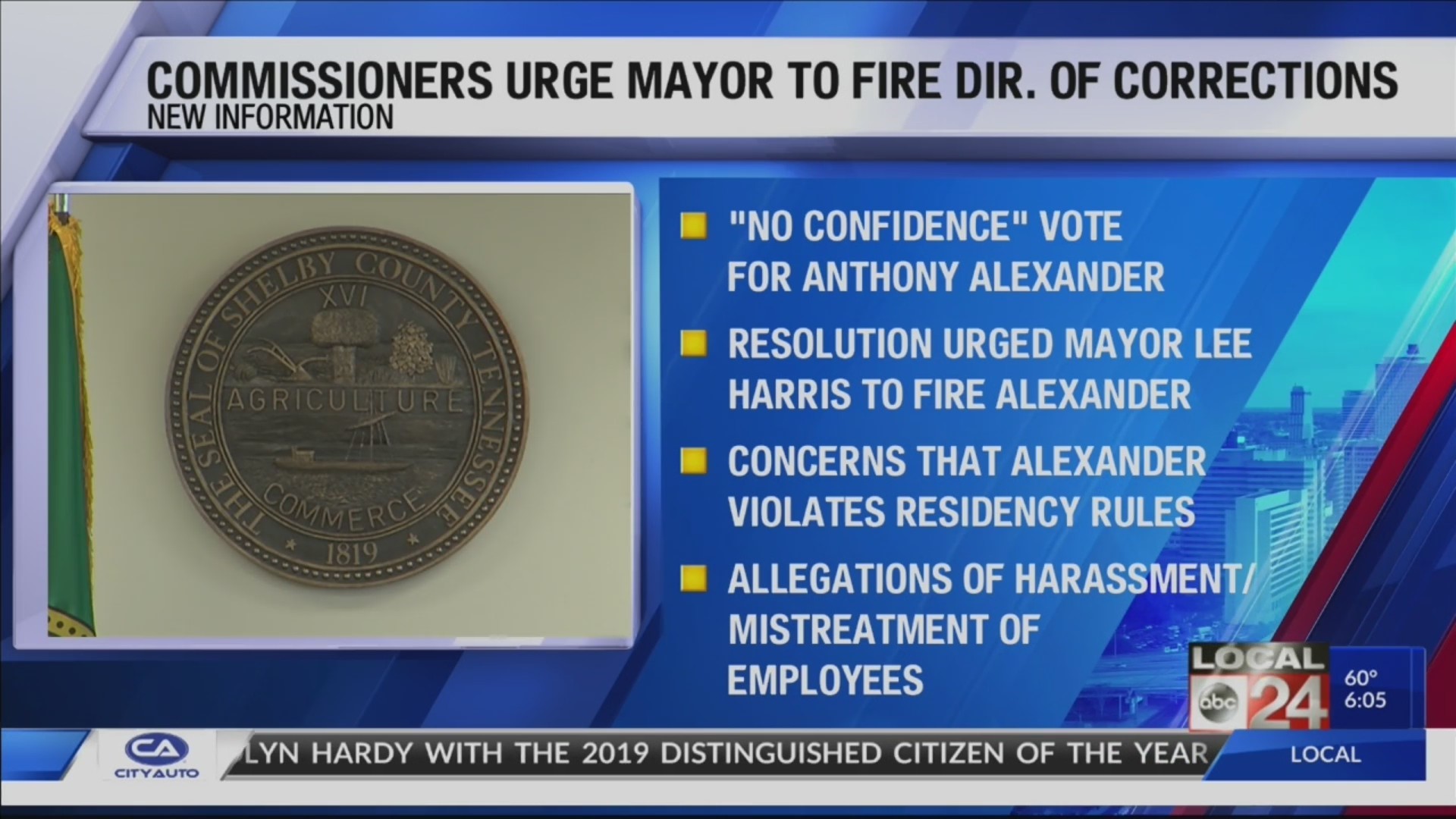 After voting “no confidence” in Anthony Alexander, they urgedthe mayor in a resolution to fire him from the position. Harris is the one whoappointed Alexander to the job.

Local 24 News told you last week that corrections employees say Alexanderis violating residency rules, showing pictures of a home they claim is his in TiptonCounty.

There are also allegations against him that he harasses andmistreats employees.

Alexander was approved as corrections director in January.

The chief administrative officer for the county says Alexander hastaken time off work, and that the county administration is reviewing all of theinformation presented.