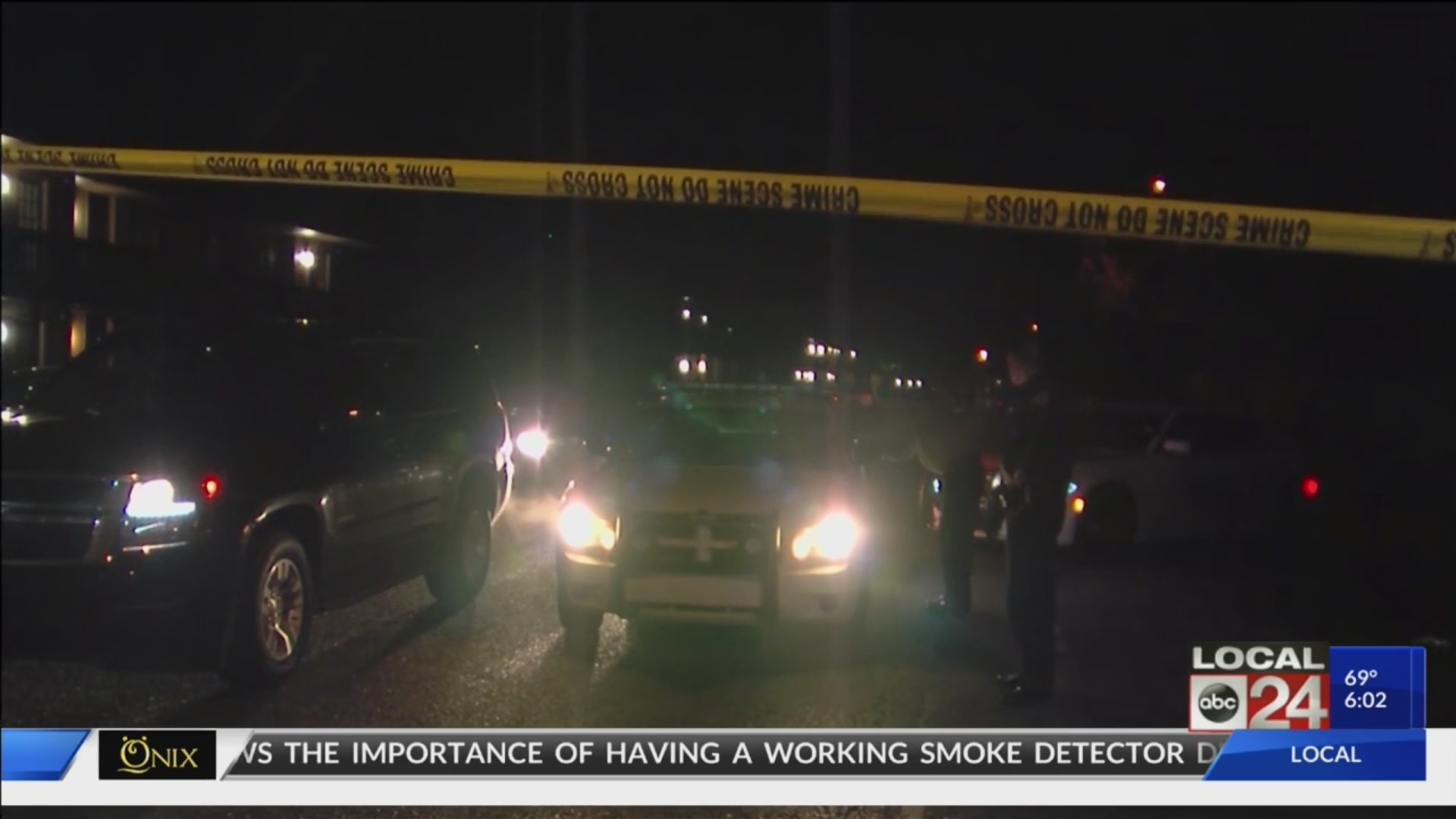 19-year-old Keyshon Parham was killed Oct. 17, 2018 as officers from several agencies were trying to arrest him on several warrants, including for at least one interstate shooting. A deputy was injured in the incident.

Below is the news release from the D.A.’s office:

The death of Keyshon Parham, 19, occurred on Oct. 17, 2018, at anapartment complex near 5420 Meadowlake Drive South in the Fox Meadows areawhere officers from multiple agencies were seeking to arrest him.

Parham jumped from a second-story window to elude arrestingofficers and, while wading through a small lake at the apartment complex,shouted to officers, “I ain’t going back to jail. You’ll have to kill me.”Parham, who had posed with firearms in social media posts, reached to hiswaistband several times as if reaching for a weapon, officers said.

A short time later, a sheriff’s deputy was shot in the thigh asParham fought with the deputy over the officer’s pistol. The deputy said thatduring the struggle, Parham twisted the pistol and had it pointed at thedeputy’s head before he was able to eject the magazine.

As other officers arrived and attempted to subdue Parham, oneofficer shot Parham in the thigh and another shot Parham several times in theright buttocks.

“The officers described the scene that night as a melee,” Gen.Weirich said in a letter to Sheriff Floyd Bonner Jr. “Under the circumstancesthat night, (the two deputies) made split-second decisions to shoot Parham inself-defense and in the defense of others. The facts, the evidence and the lawshow that they used a reasonable and necessary amount of force to defend theirlives and those of fellow officers.”

DA Weirich made the finding after reviewing a report by theViolent Crime Response Team of the Tennessee Bureau of Investigation (TBI)which is available for viewing on the DA’s website here.

In accordance with Tennessee law and privacystandards, redactions have been made to exclude lay witness identification,social security numbers, telephone numbers and home addresses. Also, the namesof officers, investigators and others involved in the case have been redacted.