A hearing was held in court Monday where the Peppertree Apartments' lawyer argued why it should not be shut down. 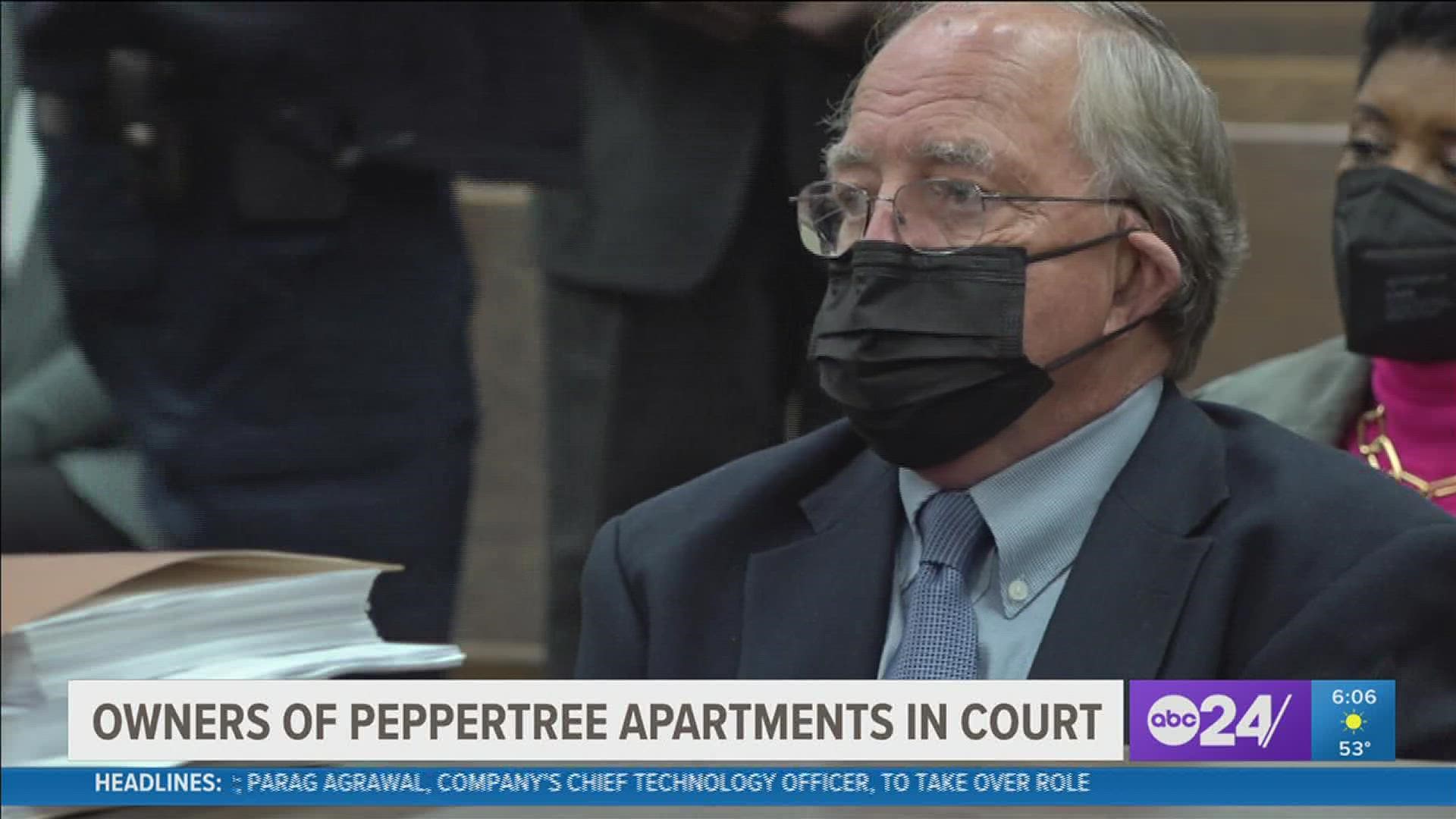 The petition bans any new leases at the complex, where the D.A. said police have responded to more than 1,500 calls for service over the past 20 months.

The announcement was made Tuesday at a news conference with D.A. Amy Weirich, Memphis Mayor Jim Strickland, and Memphis Police Chief C.J. Davis.

The temporary injunction halts any new business at the long-troubled complex, meaning the owners, TESCO Properties, Inc., of Germantown, can not lease to new tenants at the complex, nor can they renew leases for current tenants. The D.A. said in a news conference on November 23rd current tenants will not be evicted from the property.

At the hearing Monday, Alexander Wharton, the property manager's attorney told a judge that because the complex is 100% subsidized housing evicting the low-income tenants would violate federal housing laws.

"I know how things look, I am not naïve to how things appear but when you dive deeper into the details there are things that can be improved upon but to declare this a nuisance  to close it down will permanently affect a number of families and children going to school in that area is shortsighted," said Wharton.

A judge postponed the full hearing to Thursday and the property manager left without comment.

The petition said the Peppertree is the site of active drug trafficking and violent crimes involving tenants and non-tenants, creating “a dangerous and violent atmosphere that poses a clear danger to the tenants and surrounding community at large.”

The apartments are located at 4243 Graceland Drive, across the street from Whitehaven Park and Hillcrest High School, and are less than a half-mile from Creative Scholars Academy.

The D.A. said in a news release, “The federally subsidized Peppertree property was built in 1972 and has 306 living units with approximately 1,000 residents. More than 90 percent of the listed tenants are women and children.”

The Peppertree faced a public nuisance action in 2006, when the court ordered safety measures such as towing of unauthorized vehicles, an electronic gate system, improved lighting, and security guards.

Peppertree also entered the Safeways program, a collaborative effort of law enforcement and property managers. But it is no longer is a part of the program, according to the D.A., apparently due to a failure to pay dues.

The Memphis Police Department and the Multi-Agency Gang Unit conducted an investigation, showing between March 1, 2020, and Oct. 31, 2021, police responded to 1,649 calls at the complex. There were 120 for shootings, 216 involving guns, 40 for fights, 20 involving large gatherings of people, eight for drugs, eight for gambling, and six for robberies.

The D.A. said an MPD officer who lives nearby has called more than 100 times in the past six years to report shots fired at the complex.

A public nuisance petition has been granted which bans any new leases at the Peppertree Apartments in Whitehaven where police have responded to more than 1,500 calls for service over the past 20 months, said Shelby County DA Gen. Weirich. #SCDAGNEWS https://t.co/aIEuhYXc0x