An awards ceremony honoring first responders at Shelby County Sheriff’s Office was held Tuesday at the Holiday Inn at the University of Memphis. 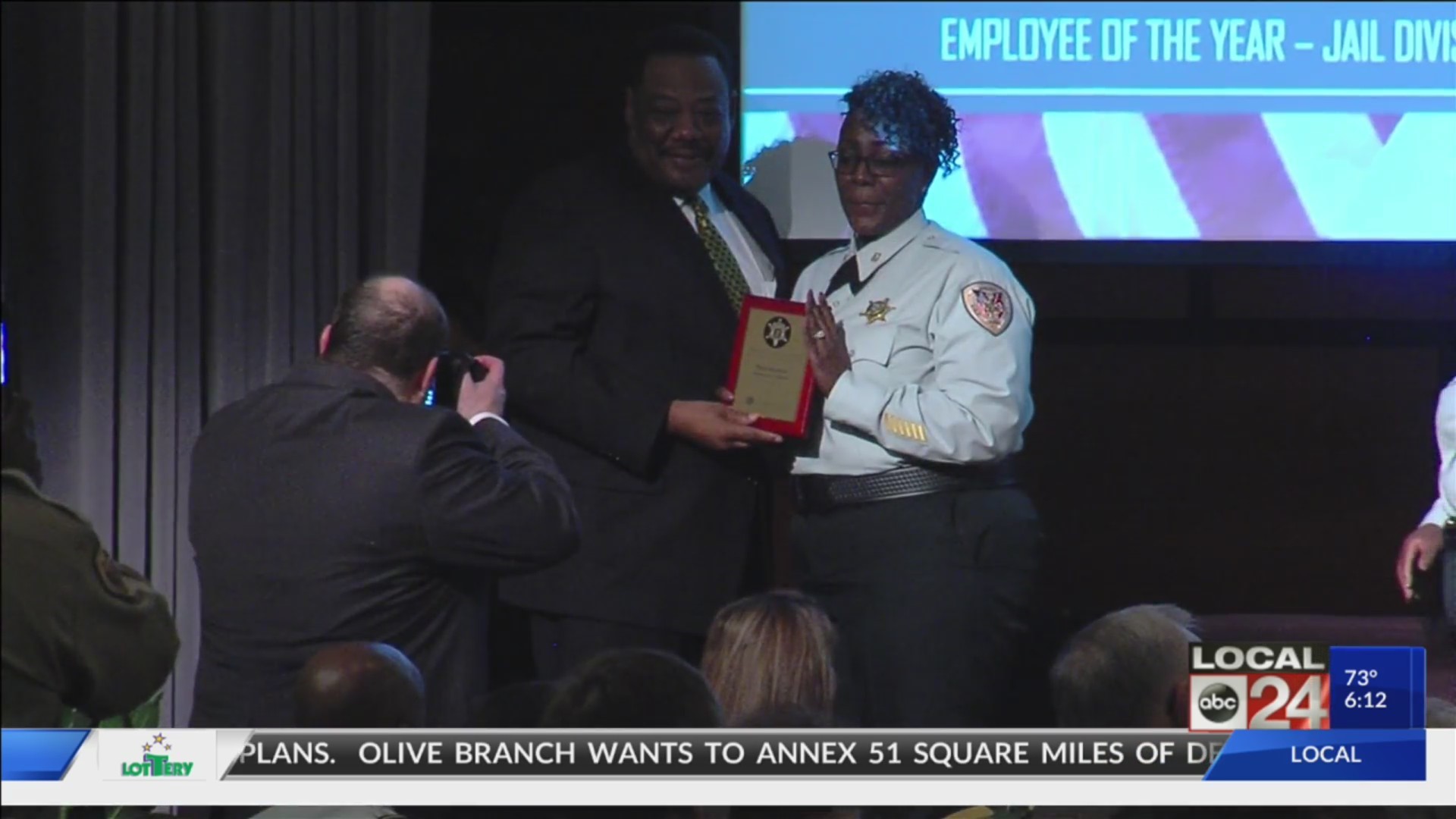 MEMPHIS, Tenn. (localmemphis.com) — An awards ceremony honoring first responders at Shelby County Sheriff’s Office was held Tuesday at the Holiday Inn at the University of Memphis.

Dozens of deputies and employees were recognized for their outstanding service in the line of duty. From deputies to jailers to sergeants. Dozens were given awards for their heroic efforts.

“I just encourage anybody who wants it to go after it,” said SCSO Corrections deputy Tora Newton.

Newton was awarded employee of the year in the Shelby County Sheriff’s Office Jail Division. Newton began her career with SCSO in 2001 and has become involved in multiple projects to make Memphis and Shelby County better.

“I’m honored to have support of my church family, my friends, my family, co-workers who believed in me, believed that I had a calling for this job. For this position. And I would just like to say thank you,” Newton said.

“Our families have to deal with a lot and put up with a lot, and I’m grateful that I have family members that have my back and they understand what I go through on a daily basis,” said Sergeant Tameka Lee who was named SCSO’s Supervisor of the year in the Jail Division. She’s been with the department for more than 20 years. She credits having strong support system which includes family and co-workers.

“I am honored to know that when I come to work my staff feels like the day is going be much better,” said Lee.

Thank you to all first responders who serve and protect, and congratulations to all who were honored.