In a statement Thursday, Dr. Lasonya Hall said the sentences were taken out of a larger report, and there was significant vetting by the mayor & state health dept. 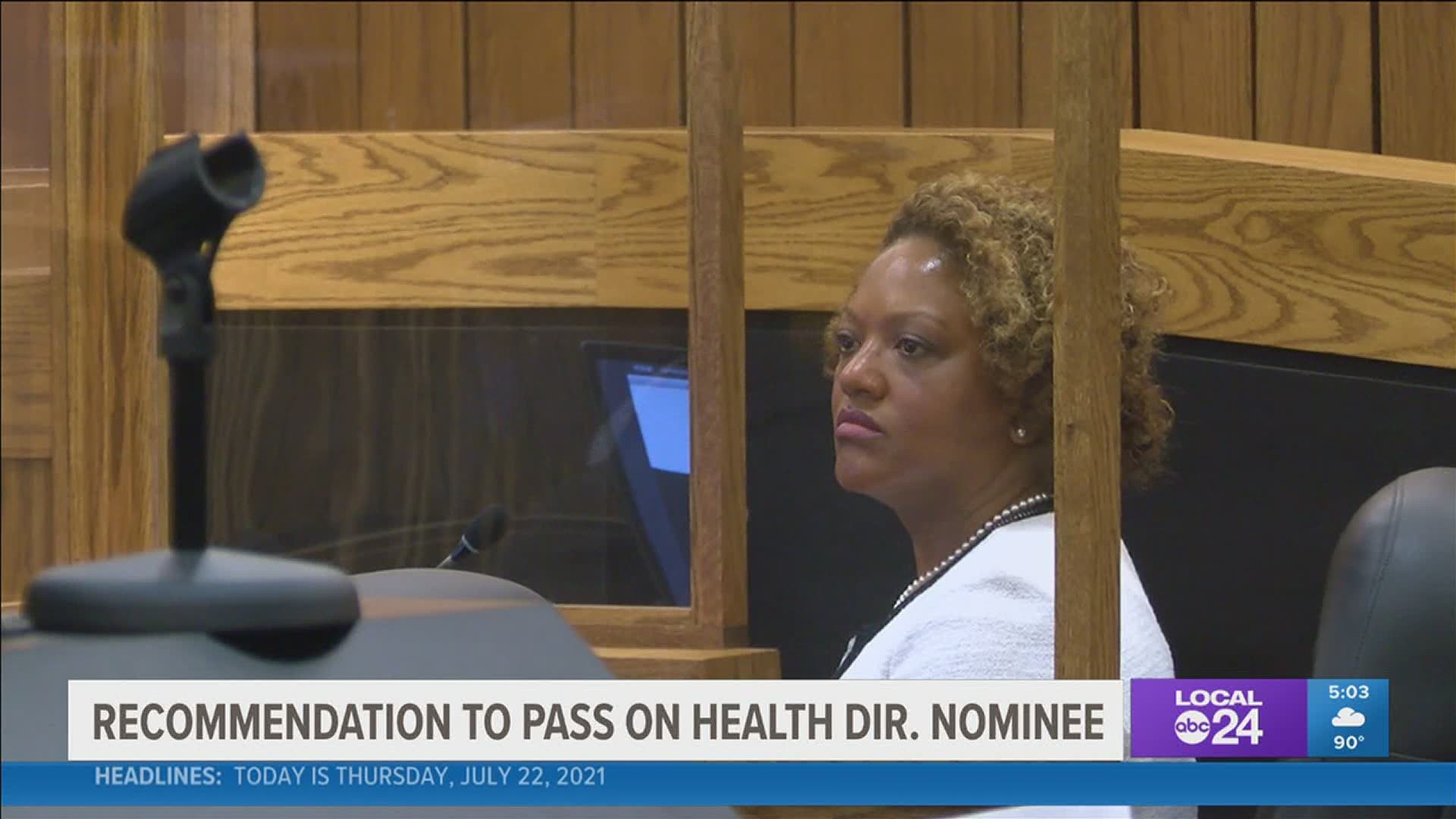 MEMPHIS, Tenn. — After a glowing recommendation from Shelby County Mayor Lee Harris, and what seemed to be a good meeting with commissioners, Dr. Michelle Taylor's future as the next director of the Shelby County Health Department could be in jeopardy.

A memo from interim health department director Lasonya Hall was sent out on May 19th. In it, Hall says an interview panel had strong concerns about Dr. Taylor's lack of leadership and administrative skills for such a large department. The concerns of the interview panel were so strong, they weren’t recommending Dr. Taylor or the other finalist for the position.

But in a statement Thursday, Dr. Hall said the sentences were taken out of a larger report, and there was significant vetting by the mayor and state health department. “The panel may not have been in a position to make a recommendation at this stage, but that is not unusual. Additionally, those sentences were part of a larger report and a multi-stage process. The finalists had strengths and weaknesses and we knew that there would be significant additional vetting by the mayor and the state health department. In the end, Dr. Taylor is a pediatrician, military veteran, and the strongest of the candidates for the position.”

"The Shelby County Commission Black Caucus extends support to Dr. Michelle Taylor leading up to the confirmation vote on Monday, July 26. The leaking of an internal HR memo was highly unprofessional and purposely released to call into question the leadership of Mayor Lee Harris. Dr. Taylor is now caught in the middle of a political play distracting from the fact that she brings with her a list of achievements that make her more than qualified for this position. The memo refers to Dr. Taylor as “articulate” and questions her ability to manage a team. Dr. Taylor managed medical teams for the United States Office of the Air National Guard Surgeon General. Her experience as a manager of teams and her intelligence is without question. The racial undertones of this memo plus the use of it to attack Dr. Taylor are both reprehensible. While the Black Caucus cannot discuss votes, the majority of its members agree that the conversation the last day detracts from the significant achievements of Dr. Taylor. We extend our support to her and are grateful she has chosen to bring her talents back home to Memphis."

“Mayor Lee Harris’s report to the Shelby County Commissioners on July 21, 2021, did not reflect the recommendation from the interview panel for the Director of the Shelby County Health Services Division. I asked Mayor Harris on the public record, “What was the recommendation of the advisory panel? Who did they choose?” and Mayor Harris responded, “The strongest candidate in their mind is in front of us.”

His statement is in great contrast to the panel’s written findings which were documented in a memo to Mayor Harris on May 19, 2021. Shelby County and our citizens deserve experienced and proven leadership that has the ability to manage a $100 million dollar health department budget, seven-hundred employees and all in the midst of an unprecedented pandemic. If Mayor Harris chooses to support a candidate for the Director of the Health Department, he needs to own it and not misrepresent his own advisors’ recommendations.

This selection is not about any one individual but about the future of our Shelby County Health Services Division and the health and welfare of our citizens.”

After Dr. Michelle Taylor completed medical school and residency, she returned to Memphis to work at Dr. William Terrell’s pediatric clinic in Whitehaven. Dr. Terrell can attest, she is rooted in our community, knows our community, and is ready to hit the ground running. pic.twitter.com/NqUFAP31iA