At midnight, Shelby County's ninth health directive went into effect and because of it, more businesses will have to close. 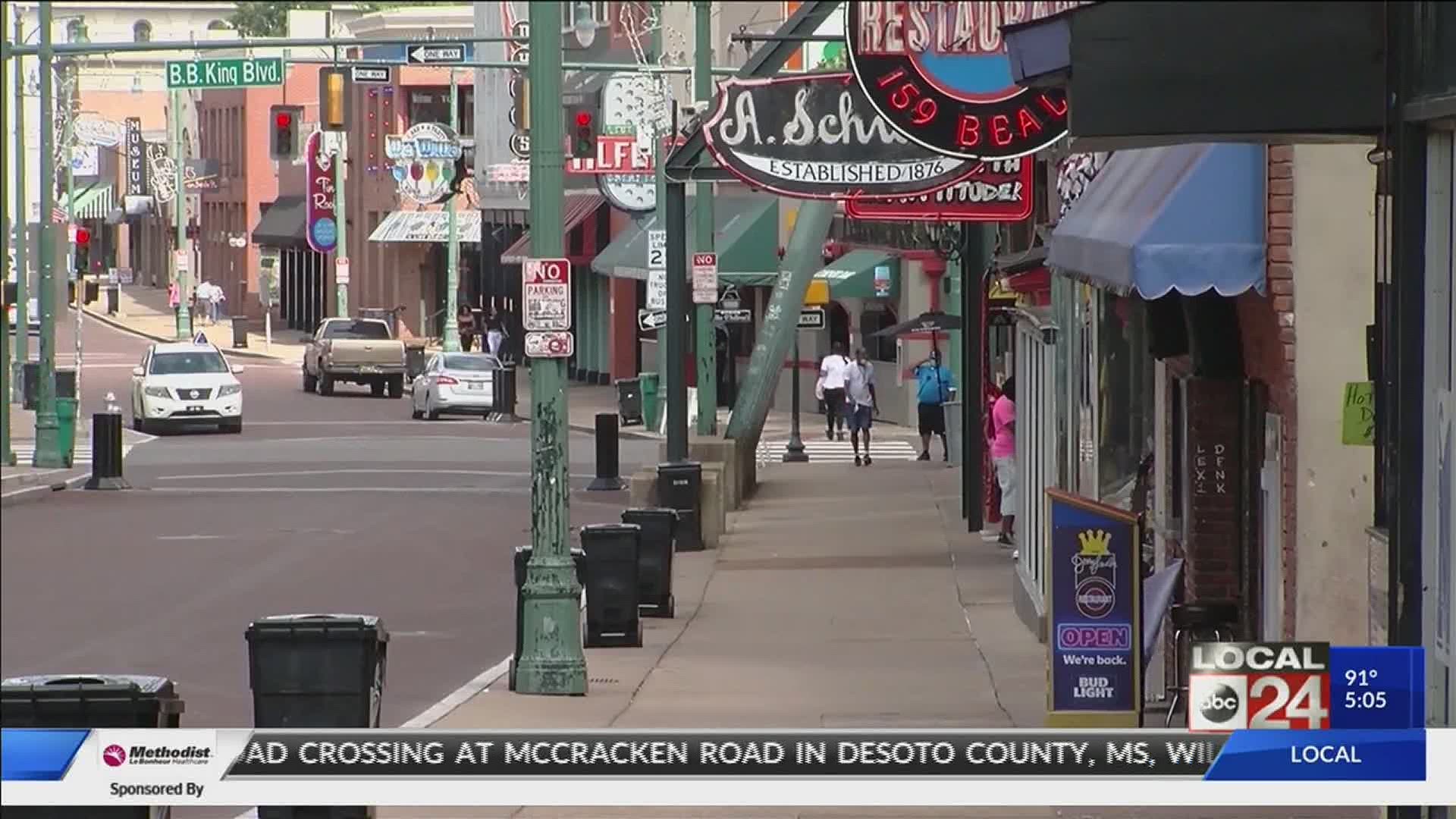 MEMPHIS, Tenn. — There will be no special treatment for Beale Street businesses under the ninth Shelby County health directive that went into effect at midnight.

When the last directive came down on July 7th, limited-service bars and restaurants were ordered to close inside, but Beale Street bars were allowed to stay open. That didn't sit well with the businesses that had to close, who filed a lawsuit against the health department.

Under the health directive no. 9, the type of license a business has, which protected Beale businesses, will not matter. If alcohol sales make up more than half of the annual sales, they will have to close.

Restaurants that want to fight it will be expected to show proof of sales that indicates they sell more food than drinks.

Another stipulation under the directive is that people can't only order alcohol at restaurants. Alcohol must be served with food.

A new Shelby Co. health directive went into effect at midnight that will force some Beale Street businesses to close inside services.

We’re live from Beale on #GoodDayMemphis breaking down the changes pic.twitter.com/spEFMh3Fdl

Customers should also not be at a table for more than two hours, the directive says. Dancing is not allowed at restaurants, but live music can continue so long that it's quiet enough for people to still talk without having to raise their voices. 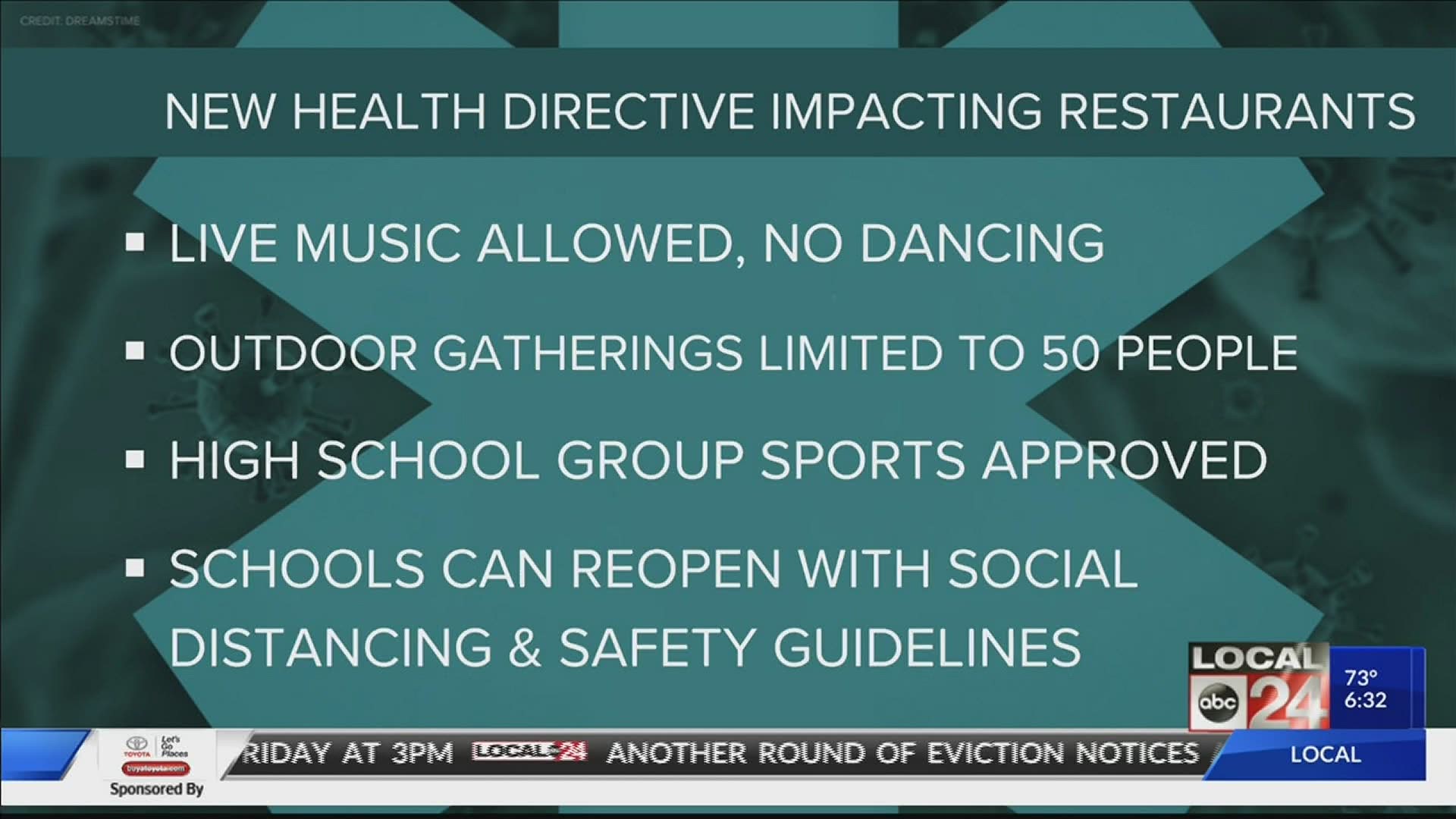 Directive nine also approves group sports for high school that fall under the high-risk category such as football and soccer.

It also gives permission for schools and universities to resume, if they choose to, with social distancing and safety guidelines in place.

No more special treatment for Beale Street businesses — a new health directive will mean some will have to close to stop the spread of COVID-19. Details on #GoodDayMemphis

So far, via social media, Tin Roof announced it would operate as carry-out only. Atomic Rose Bar & Grill said it would temporarily close.

RELATED: Despite Beale St. exemption to follow health department order for bars to close, Atomic Rose will only open on Sundays