The vandalism was found at the homes of Shelby County Sheriff Floyd Bonner, and County Commissioners Mark Billingsley, and Amber Mills. 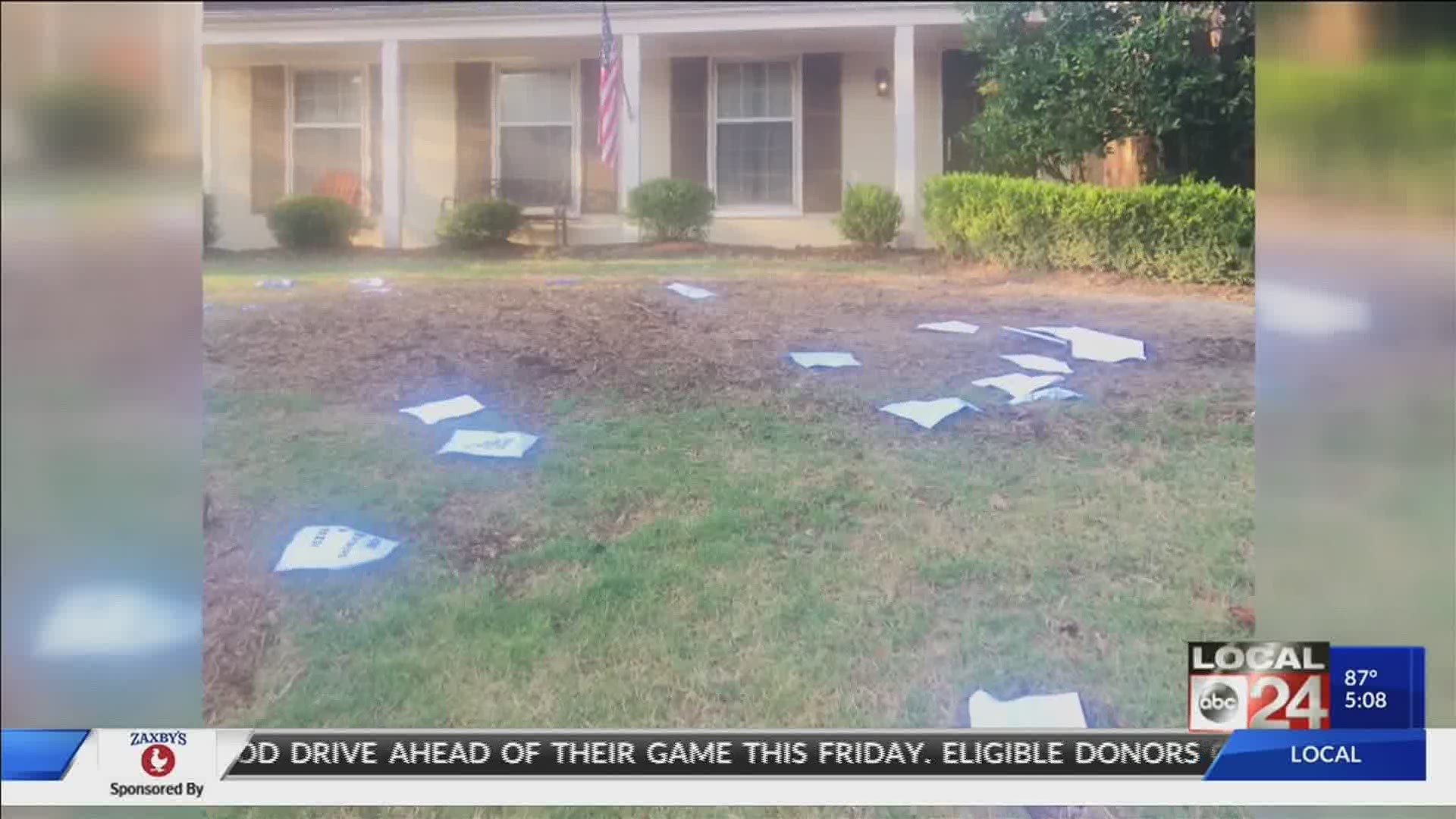 Flyers printed with messages ranging from defund police to give teachers more money were all over the yards.

Sheriff Floyd Bonner, County Commissioners Mark Billingsley, and Amber Mills not only found those flyers; paint had been poured on their driveways.

Captain Anthony Buckner of the Shelby County Sheriff’s Department says, “The incident at the sheriff’s home is actually being investigated by Bartlett Police. We do have an active investigation of a similar incident that occurred at Commissioner Amber Mills home.”

Germantown Police are looking into what happened at Commissioner Mark Billingsley’s home.

Captain Buckner says his department is investigating whether these incidents are connected to a weekend demonstration in front of the jail, at 201 Poplar.

“It’s so early into the investigation,” he says. “Obviously, that’s something we will consider, whether or not the incident Saturday is in connection to this.”

Commissioner Mills says as far as she’s concerned, “What happened to myself, Chairman Billingsley, and the sheriff have caused me to believe police need MORE funding. So, it backfired.”

Billingsley sent Local 24 News the following statement: “I have tried to be a champion of the underserved and marginalized in my personal, professional, and public life. Vandalizing our home and scaring my family was a very poor way to communicate a message. My faith tells me to pray for the people that did this and that is what I will do. I am always willing to sit down and talk with anyone. I would encourage whomever felt compelled to do this to speak with me. This will not change my efforts to improve our community. Nor will it change my heart. I want to be a part of solutions to better Shelby County for all of us.”