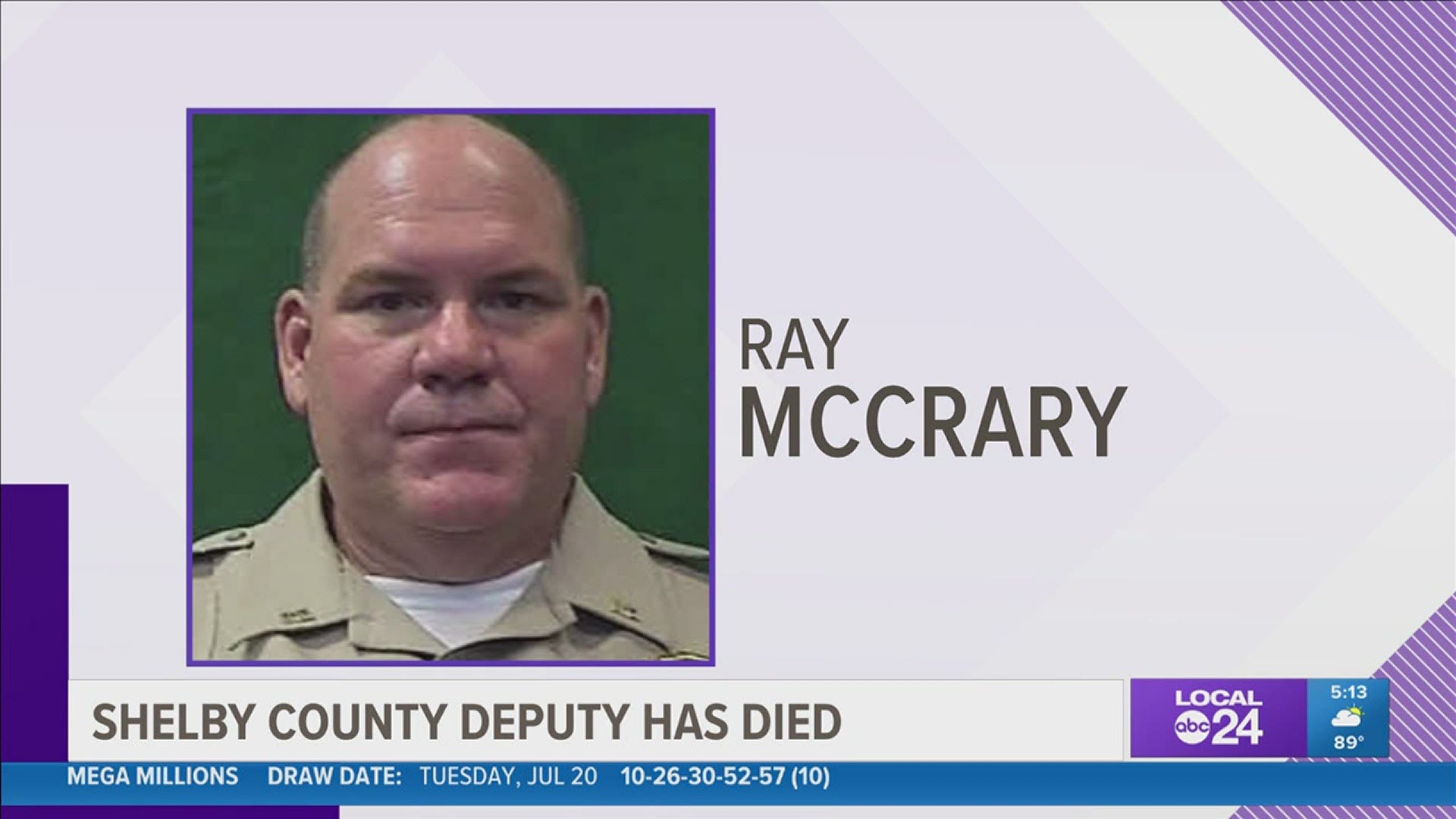 MEMPHIS, Tenn. — The Shelby County Sheriff’s Office is mourning the death of one of its deputies.

Deputy Sheriff McCrary had been with the April of 1997 and served in the Civil/Levy Unit since 2012.

He was a Christian Brothers High School graduate and attended the University of Memphis.

The SCSO regrets to inform you that Deputy Sheriff Ray McCrary 52, passed away on July 20, 2021. Deputy McCrary is a...