Teachers should be prioritized for vaccines before being pushed back into the classroom, union says

The Shelby County Health Department said teachers could start vaccinations at the end of February. 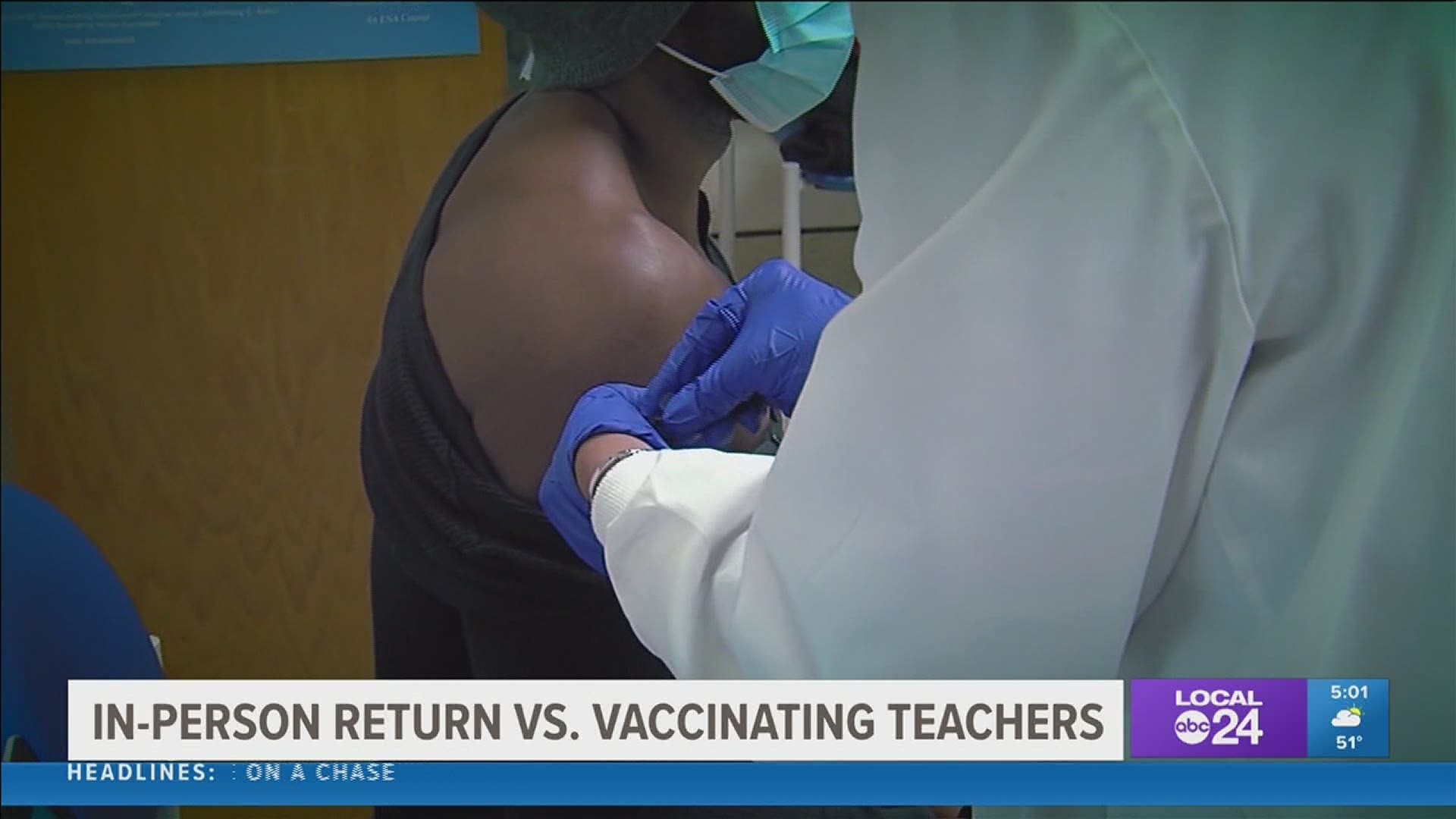 MEMPHIS, Tenn — The state is continuing to pressure the Shelby County School District to reopen its classrooms or risk losing funding. That's the threat being made by Governor Bill Lee if SCS doesn't return by February 15.

The district had planned to begin a phased return-to-school on February 8 but delayed it again.

On Tuesday, the Shelby County Health Department said teachers and childcare workers could begin receiving vaccinations starting at the end of February or early March, weeks after the return date Lee is pushing for.

Memphis-Shelby County Education Association President Jolie Madihalli is happy to have a sense of a timeline after teacher's were left in limbo for the last month.

“I think it’s a step in the right direction, and I think that will ease the mind of teachers as well, especially if we are forced to go back into the buildings," she said.

Madihalli said she supports the district's decision to delay the return to the classroom. She isn't a fan of the threats made by the governor to reopen the district.

“Until he would be here or anybody on his commission for education would actually be in our shoes, I don’t think it’s fair for them to make that type of call," she said.

Our gradual reopening plan will be delayed. Our LOCAL decision to return in-person is the most challenging decision we’ve ever faced, but we will continue to prioritize the health of educators & students. We’ve come too far to turn our backs on SAFETY now. https://t.co/hynV6Vau3f pic.twitter.com/FxbnfdWufm

During a SCHD press conference, Dr. Bruce Randolph said it's preferable that teachers be vaccinated before returning to the classroom. However, the decision to accelerate educators in the vaccine priority list has to come from the governor.

“If it is up to the state, then hopefully Governor Lee will make that decision to vaccinate our teachers here in Shelby County before laying down some type of law that teachers and students must return to the buildings," Madihalli said.

There are 19 states where teachers are currently fully eligible for the vaccine, according to Education Week. Tennessee is not among those states.

In December, Lee said teachers were being bumped up in the state's priority list. Later, they were told that wouldn't be the case. Teachers and childcare workers currently follow the vaccination of people 70-years-old and up and funeral workers.

Currently, SCHD is still in the phase of vaccinating seniors 75 and up.

After delays and supply concerns, Madihalli isn't exactly optimistic that teachers would start their vaccinations by the end of the month.

“I’m kind of split," she said. "Hopefully it will happen but I will not hold my breath.”

SCS hasn't yet announced a new date for when and if it plans to return to the classroom. 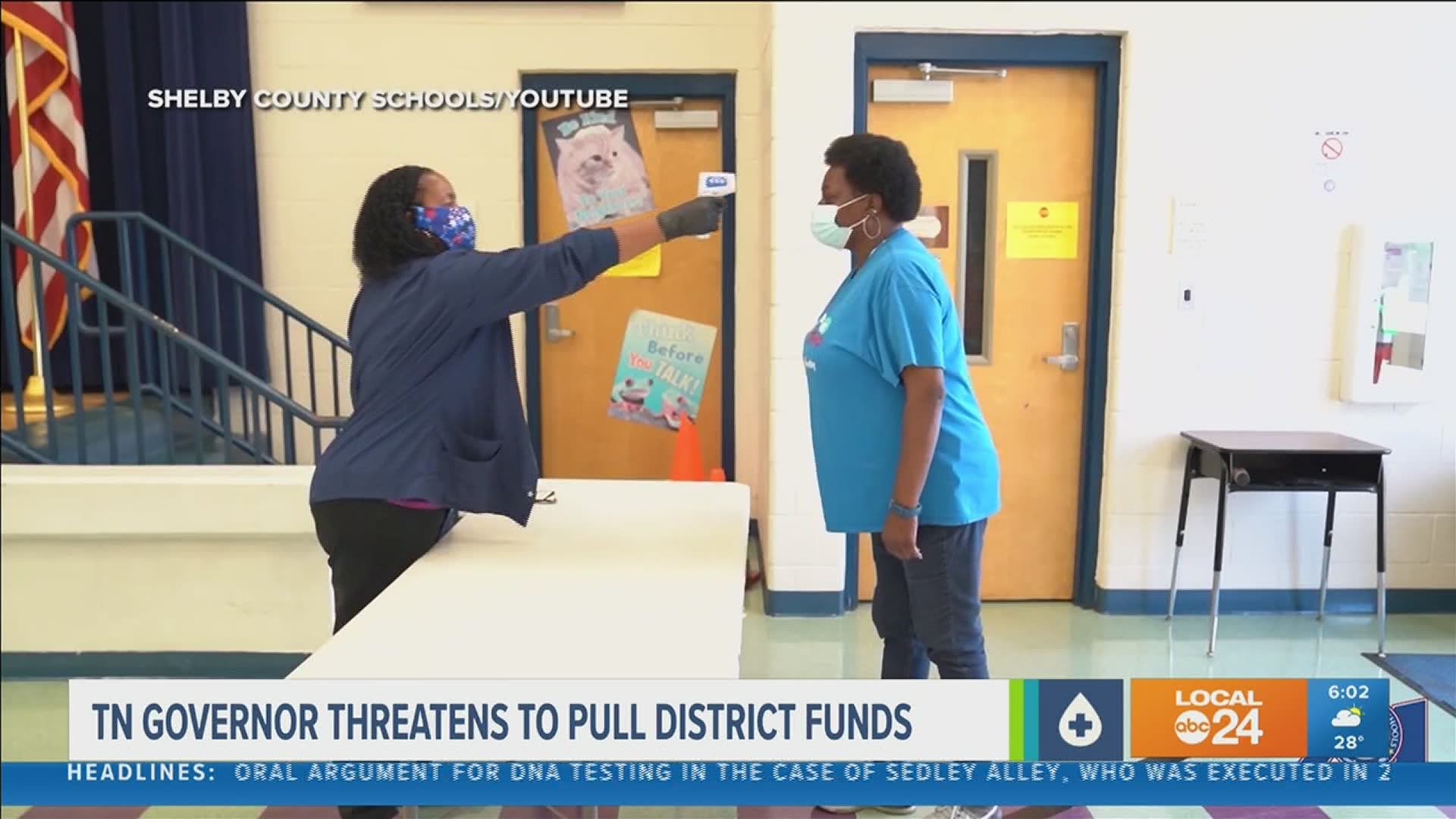