Sherra Wright pled guilty in July of 2019 to the facilitation of Lorenzen Wright's murder. 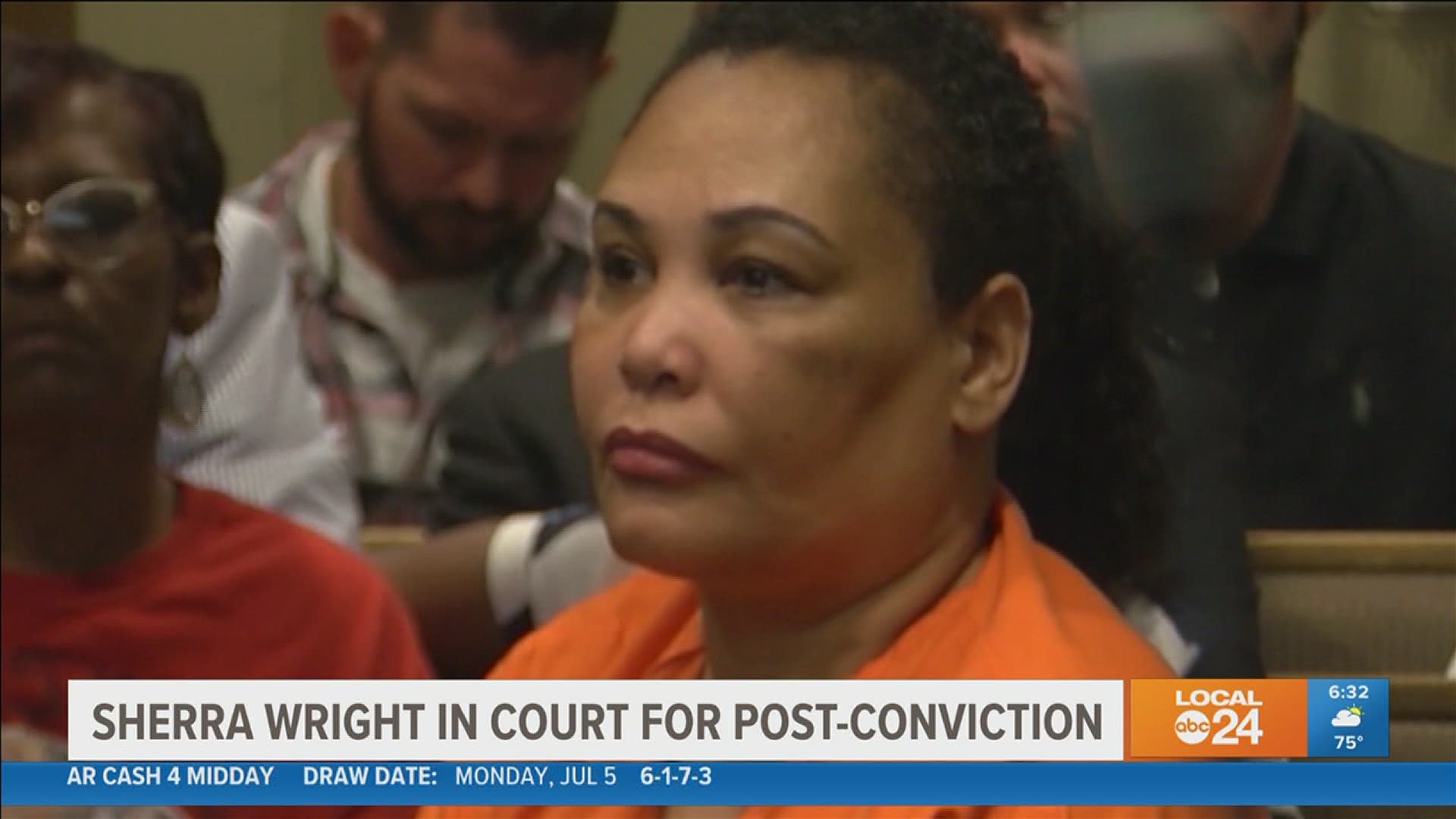 MEMPHIS, Tenn. — UPDATE: Sherra Wright and her attorney were both no-shows in court Tuesday morning for a petition filed to get her guilty plea thrown out.

While Wright doesn't have to appear in person, her new attorney couldn't even be tracked down to appear, despite efforts by the court and other attorneys.

Lorenzen Wright's mother, Deborah Marion, who attends any and all hearings involving the two people accused of murdering her son drove in that morning from Mississippi to be there. Marion said she's been in Mississippi for the last three months caring for her elderly mother.

She was not happy with the attorney's no-show in court.

“This is ludicrous," she said. "I had to come all the way from Mississippi for nothing. For nothing. I’ve never heard anything like that in my life. You can’t find the attorney or assistant attorney? Who’s running the office now? The secretary?”

Marion said she was in favor of the plea being thrown out and having a trial instead. She told Local 24 the current 30-year sentence with the ability to parole in as early as 2026, wasn't long enough.

She wants a life sentence.

At this time a new hearing date hasn't been set.

The ex-wife of NBA player Lorenzen Wright, who is accused of playing a role in his murder, is hoping to get her guilty plea thrown out.

Sherra Wright will be in court in Downtown Memphis Tuesday morning for an evidentiary hearing.. She's filed a petition for relief of conviction. In court filings, Wright claims her conviction was unlawfully induced and involuntarily entered without her understanding of the nature and consequences of it.

She also claims she was coerced into pleading guilty at the fault of "ineffective counsel."

Back in July of 2019, Wright entered a surprise guilty plea to the facilitation of the murder of Lorenzen Wright. It came with a sentence of 30 years in prison.

Lorenzen's body was found riddled with gunshot wounds in a swampy field in July of 2010. He was last seen alive that summer leaving Sherra's home.

#HappeningToday Sherra Wright is scheduled to be back in court to try and get her guilty plea thrown out.
She plead guilty in the facilitation of the murder of her ex-husband and former NBA player Lorenzen Wright pic.twitter.com/UZLdYTCkLO

Wright's co-defendant, Billy Turner, did not plea. He faces a jury trial that's scheduled to begin on January 31, 2022.

Wright also has an additional lawsuit filed claiming she has face cruel and unusual punishment while in prison. She's seeking $12 million in damages.

Her current sentence of 30 years requires that she must serve 30% of the sentence, including time served, meaning she'd be eligible for parole in 2026.

Local 24 will be in the courtroom this morning with updates to follow on its proceedings.