Memphis Police were busy during violent night on and near Beale Street Sunday. 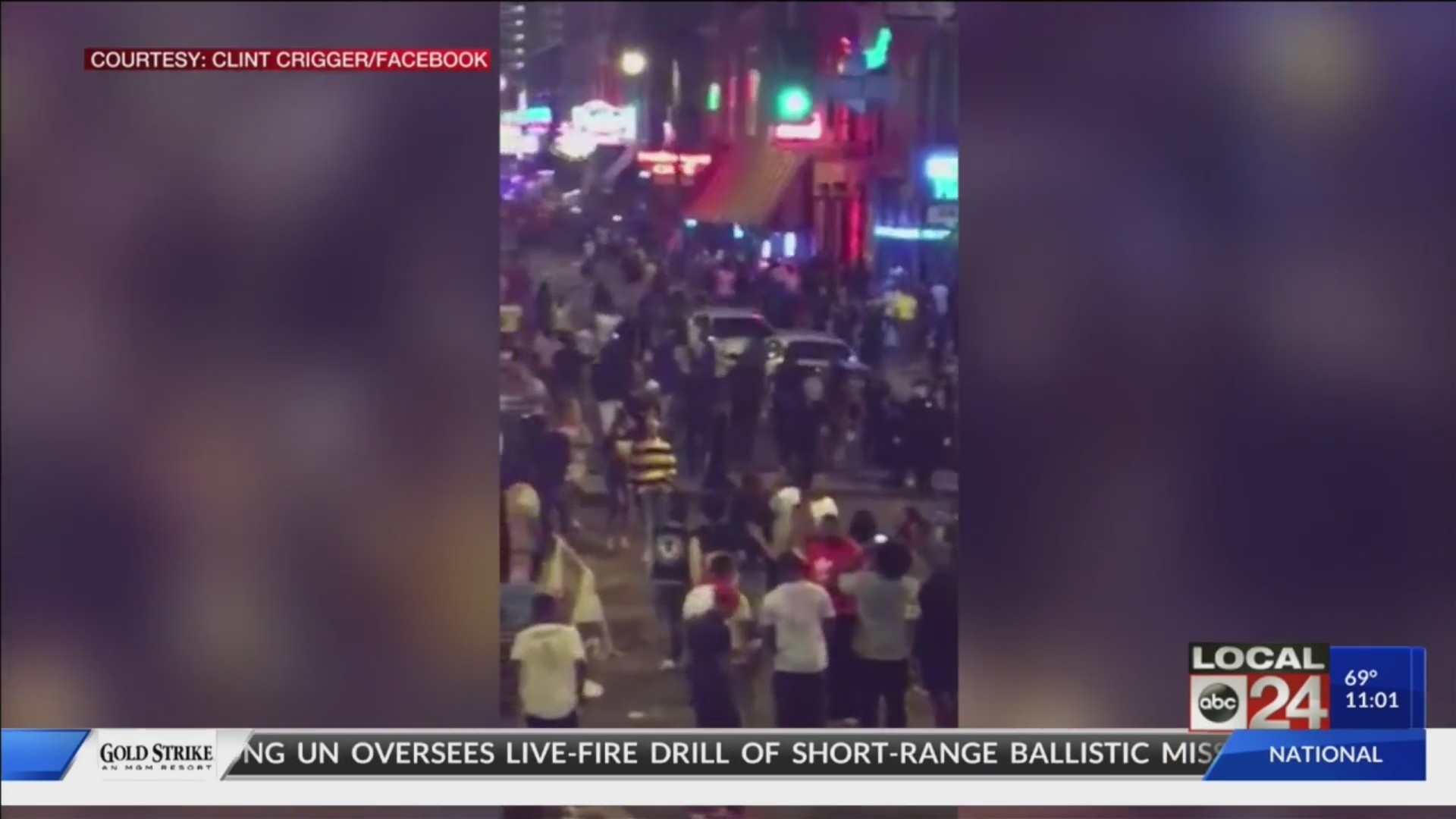 MEMPHIS, Tenn. (localmemphis.com) – Memphis Police were busy during violent night on and near Beale Street Sunday.

Officers were investigating both a shooting and a massive brawl on the historic street.

The fight was caught on camera. Facebook video from a viewer shows Memphis police trying to stop the fight, but officers also had to fend off people jumping on them.

At one point, you can even see Memphis police tossing one man off Beale, directly into to bike rack barricade.

Some business owners locked employees and customers inside, concerned for safety.

Memphis police also say just feet away from Beale Street, a person was shot at Beale Alley and Fourth Street. Beale Alley is the road right behind FedExForum.

Investigators say one person was rushed to the hospital in critical condition, and has since been upgraded to non critical.

There’s no information on a suspect at this time. Anyone with information is asked to call Crime Stoppers at 901-528-CASH.