Should Tennesseans 21 & older be allowed to carry a gun without a permit?

Mid-South officials are reacting to the proposed bill from Governor Bill Lee. 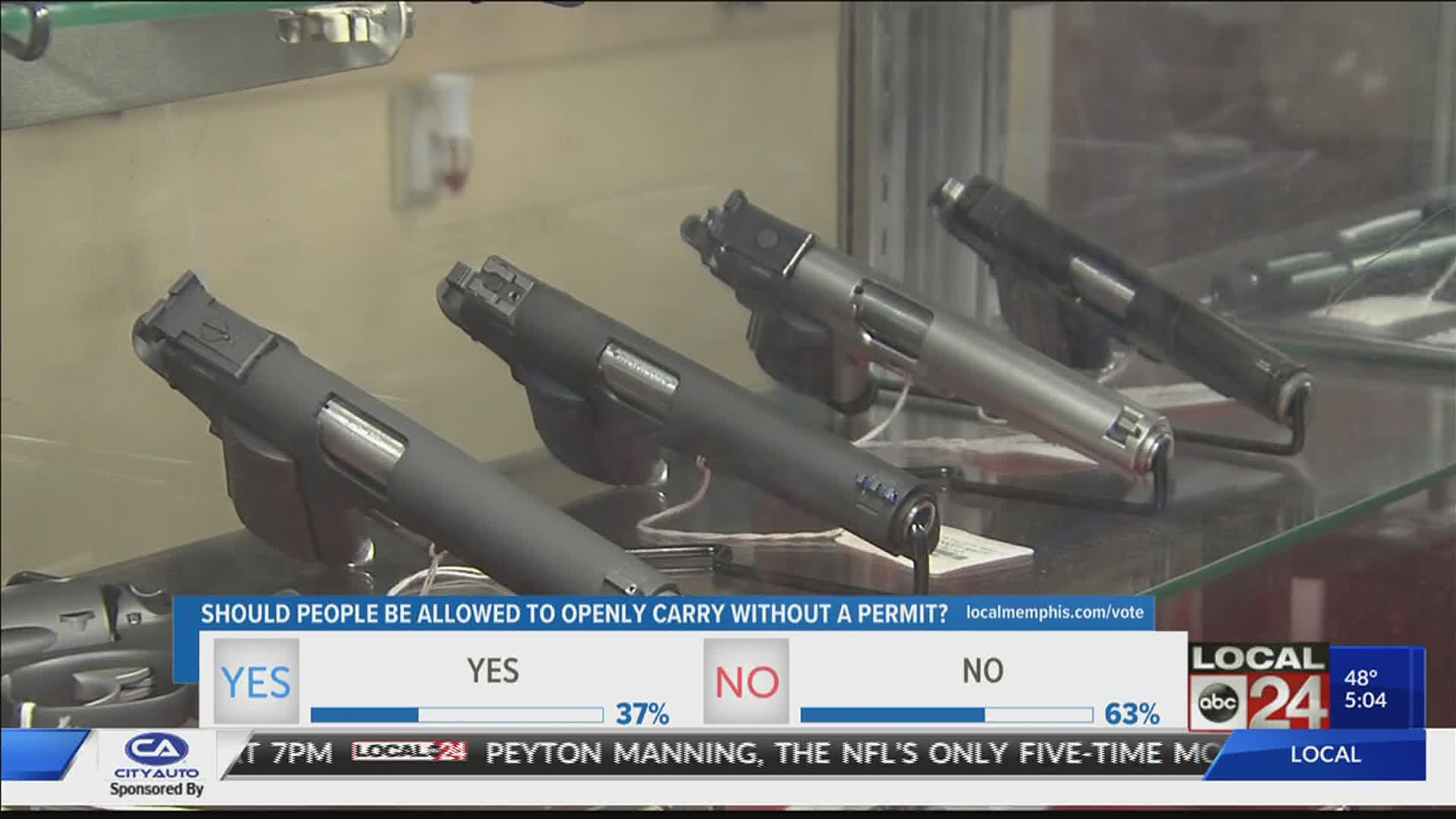 MEMPHIS, Tenn — The reaction poured in Thursday afternoon to a proposal by Tennessee Governor Bill Lee which would allow law-abiding Tennesseans over 21 to be allowed to carry a gun - with or without a permit.

Gov. Lee unveiled his permit-less, or Constitutional carry, bill Thursday morning. It was hailed by the National Rifle Association and criticized by groups like Moms Demand Action.

Three hours west of the state capital, in Memphis, the idea drew fierce criticism from notable names at city hall and the Shelby County Justice Center.

If the governor gets the needed votes, Tennessee would join 16 other states with permit-less carry already in place. If passed, Gov. Lee's proposal would and loosen gun restrictions and toughen gun punishments. It would allow permit-less carry to all law-abiding citizens 21 & older and increase sentences for stealing a gun and for possession by violent felons.

"This is a way to provide rights for law-abiding citizens and to provide penalties for criminals," Gov. Lee said.

The governor argued the legislation would balance the state being tough on crime and smart on crime.

"We can have both, that's what required for real criminal justice reform and that's what we'll see as we move forward," Gov. Lee said.

Shelby County District Attorney Amy Weirich disagreed in a statement to Local 24 News: "Allowing permitless open carry of firearms in a large urban area makes no sense. Is it really asking too much for someone to get a permit to carry a deadly weapon on our streets?"

Memphis Mayor Jim Strickland added, "While I appreciate some aspects of this legislation like increasing the penalty for gun theft and raising the age to 21, this legislation makes Memphians less safe and our police officers more vulnerable.”

Other Memphians were mixed or lukewarm.

"I believe in America we should have our Second Amendment rights, but I also believe there could be common sense legislation in place - and this isn't common sense," Eddie Hayes added.

"It's very easy to get a permit in the state of Tennessee. It's easier now it was a year ago because of a reduction in the fee and the firearms training," Spurlock said.

The Shelby County Sheriff's Office and Tennessee Highway Patrol declined comment and we've yet to get a response from the Memphis Police Department.